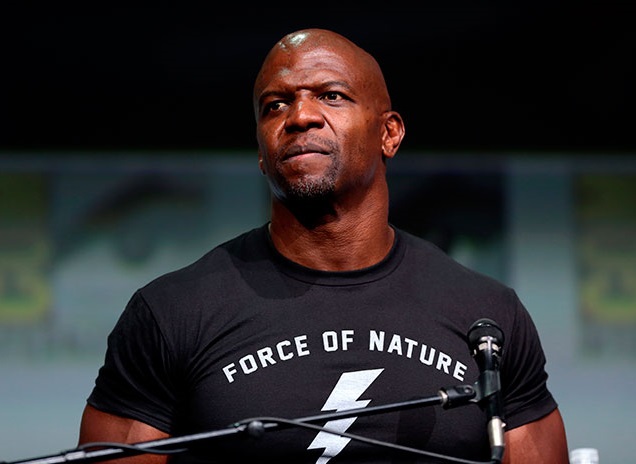 Terry Crews, who has starred in 45+ movies like ‘Deadpool 2,’ ‘The Expendables,’ ‘Idiocracy’ and more, started this month off by going on Twitter and dropping “red pills” left and right.

Terry Crews On The Importance Of Fatherhood https://t.co/f42PZqH3rL via @YouTube

He then announced in all caps that every human is equal, but not identical:

ALL HUMAN BEINGS ARE EQUAL.

BUT WE ARE NOT IDENTICAL.

One Twitter user responded to a conversation Crews was having about childrens’ perception of reality when it comes to men, women and gender:

I think the thing that you might not be understanding is that you’re equating love with gender. What difference does it make if they’re around women? Men? Non-binary people? As long as they’re loved right? What love does a paternal figure give thats different than a maternal?

Crews punched back by saying, “I believe it’s as different as men, women and non-binary people. We are all equal, but we are not identical.”

The actor then switched gears and started to talk about the black community and how so many kids have been left fatherless:

This liked comment is true my community. Black kids have been left fatherless by the hundreds of thousands if not millions.

I’m reflecting what I myself have seen.
Fatherhood has been discounted here. But those kids need their dads. I’m holding these men accountable. https://t.co/TSPkenDVCS

The tweet he was referring to has since been deleted.

So all the Black kids growing up without dads or paternal love are just fine?

So we just let all these dads off the hook?

Just because women can do it all alone— and they have done an amazing job— does that mean they should?

When another user mentioned how his niece and nephew would grow up just fine without a father and men can be positive male figures without being fathers, Crews chimed in and corrected him:

I understand you trying to cancel the concept of a father but without one YOU WOULDN’T EXIST, SIR. https://t.co/mZfQIiSTiB

“Toxic masculinity” was then brought up as a retort, but that didn’t work out either:

Fatherhood is not toxic https://t.co/guhYZVH6nt

Twitter user “paula” started getting upset with how Crews was informing his followers (and others) about facts and reality. She proceeded to cuss him out while calling him a misogynist and homophobe. Crews responded accordingly:

You apparently thought I was your puppet. But I have a mind of my own, and can see and think very clearly.

The “phobic” tag is the most feared public tag next to racist.

I don’t fear it because I am neither.

Bullies come in all shapes and sizes. https://t.co/wuBRM2SdEo

He went on to make another “shocking” statement:

I have another very controversial statement to make, and I will since I’m “canceled” anyway.

As a human being there are things you can only get from your mother.

As of about 40 minutes prior to the posting of this article, Crews was still at it:

Women's equality is not a movement. It's the truth. https://t.co/PUsJwfNaYQ

It’s probably safe to say this particular actor knows what the hell he’s talking about!