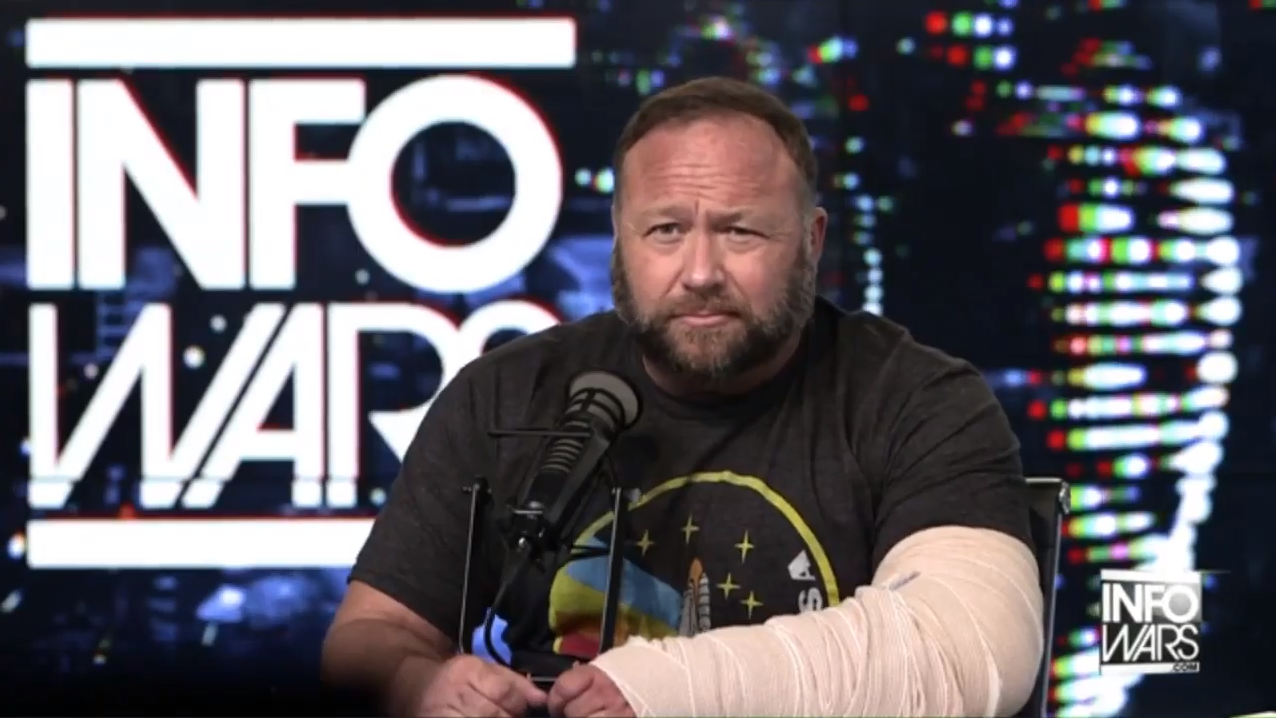 Interestingly enough, Jones was wearing a cast on his left arm which has left many to assume he broke it somehow:

Did Jones, Rogan and Eddie Bravo get into some trouble after the viral podcast?

A few viewers pointed out how Jones mentioned he had a torn bicep while on Rogan’s show; perhaps that would explain the cast.

Since last Wednesday, there have been a number of fill-in hosts on Infowars. Fans are finding it hard to keep up with Jones since he has been banned from virtually every major social media platform.