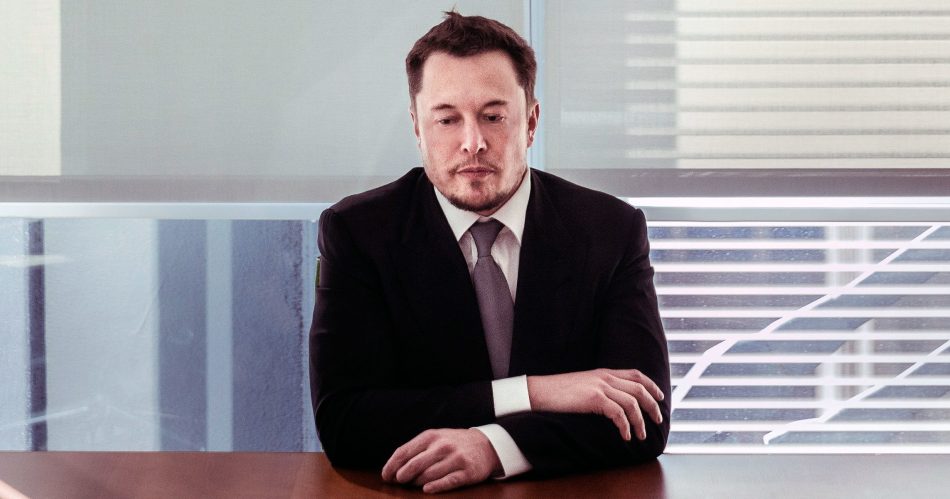 Is Elon Musk About To Go Bankrupt?

Elon Musk, the founder and CEO of Tesla and SpaceX, might be in some serious financial trouble.

Musk’s electric car company, Tesla, has experienced a few deadly mishaps in the past two weeks that are worrying both consumers and shareholders alike.

On Sunday, Feb. 24, 2019, a man in Davie, FL lost control of his Model S and “drove into a row of palm trees” resulting in the car’s battery pack(s) igniting and engulfing the vehicle in flames.

Emergency responders quickly arrived at the scene but were unable to open the car’s doors or break its windows and extract the driver.

The man, identified as local resident Omar Awan, burned to death in his $76,000 Tesla.

Just a few days later, another incident, reported on by Seven Days TV, involved a Tesla Model X in Vermont.

According to their article:

Out on the ice of Shelburne Bay Thursday, past the fishing shanties and frozen-in-place moorings, a burned-out mass of metal resembled a leftover prop from the set of Mad Max: Fury Road.

It was no prop. But the refuse was, in a sense, futuristic: It was the remnants of a 2019 Tesla Model X that went up in flames Sunday on Lake Champlain.

Shelburne Fire Chief Jerry Ouimet said his department could do little when members responded around 8:15 p.m. that night. The blaze was hundreds of yards from the nearest access point at the Shelburne Bay Boat Ramp and, while the ice was thick, “It’s nothing we’re gonna throw a 50,000-pound fire truck on,” he said.

Ouimet said an ATV equipped with a portable pump and hose was sent out to the vehicle, but the Tesla SUV was already beyond saving. He commented, “As a firefighter, I’ve never felt so helpless before.”

In addition to these unfortunate mishaps, the U.S. Securities and Exchange Commission (SEC) reportedly filed a petition with the District Court seeking a contempt charge against Elon Musk for a “clear violation” of a settlement agreement he had previously made with the agency.

Next, the embattled entrepreneur revealed that he fired Dane Butswinkas, Tesla’s general counsel, after less than three months on the job. Butswinkas and his firm Williams & Connolly had served as personal counsel to Musk and Tesla in the SEC case.

This move raised some eyebrows leading a few to zero-in on Musk’s previous remark about his relationship with Butswinkas as “unique and interesting.” Those in the know have reported the lawyer’s sudden departure was not exactly amicable.

All the while, Musk appeared to be exercising a very tight hold on personal liquidity (as insurance in case his businesses collapse?).

Bloomberg reported at some point in 2018, Musk asked banking giant Morgan Stanley if he could borrow against his SpaceX shares. They politely refused. In December, Musk was forced to find new money to “prop up” SpaceX’s “stretched balance sheet” after failing to raise $750 million.

To pile even more financial and legal issues onto the heap, The Wall Street Journal revealed Musk had allegedly embezzled almost $100 million from SpaceX to pay for The Boring Company’s functional demonstration tunnel in Hawthorne, California.

These revelations turned off even more investors and forced Musk to take out mortgages on five of his west coast mansions, totaling $61 million. In January, the self-made billionaire also signed a $50 million sale/leaseback on his corporate jet.

An individual who has been following this story from the beginning made an interesting observation:

“Selling homes and planes at a moment’s notice are not the actions of someone who has his ‘financial house’ in order.”

They continued with a more in-depth financial analysis of Musk’s situation (Note: this is all speculation / Credit: anon S9Fis2Lo) –

“Musk’s massive (>$1 billion) margin loan on his Tesla (TSLA) stock has been used to finance his personal and professional empire (houses, planes, SpaceX, Boring Company, etc.) Musk has likely tapped out his ability to borrow further against his TSLA shares since presumably he would have margined more shares before mortgaging his houses. Therefore, Musk cannot afford for the TSLA share price to crash. Musk’s margin loan would force him to be ‘margin called’ if the price falls to around $210/share.

“Worried that the share price would crash in the face of the barrage of negative news over the past two weeks, Musk got desperate and ‘teased’ shareholders with various announcements to keep the stock away from his ‘danger zone,’ which starts at around $250/share.

“Musk appears to be on the brink of a massive collapse that will ruin him financially.”

The source goes on to say they believe Musk will “do or say anything to prevent the inevitable from happening,” which includes mass layoffs and “half-assed” launched products that likely won’t be delivered for at least six months. During this period, Musk will “confiscate” consumers’ “hard-earned money” before delivering a car that’s quality does not come remotely close to what Musk built his reputation on.

“Using such a ‘product announcement story’ to drive negative news stories out of the news cycle is definitely pure Elon.”

“While true, you must realize a ‘margin call’ is indeed coming as Elon has borrowed well over a billion dollars against his stake in Tesla.

“The price which he will be margin called is somewhere between $200 and $240. Once that happens, they will begin liquidating his shares which will start a vicious cycle. This will be similar to the short squeeze Elon’s been trying to engineer, but this time it will be DOWN. Traders like myself will front run the f**k out of his forced liquidation.

“This fear of margin calls is one of the reasons he refuses to raise more capital. Tesla would be fine if Elon could raise a few billion via equity markets. But doing so would dilute existing shareholders, which would drive the stock price down (Big picture: the company would be in great shape again, but shareholders might be looking at years until the share price is back up to $300). So, because of his margin loan, Elon can’t issue more stock because of his personal greed and high risk taking.

“That’s where we are now; Elon uses every accounting hack and gimmick he can come up with to keep the company solvent on paper. It’s a losing battle. A Chapter 11 bankruptcy is what should be done now, but that would financially ruin him, so he’s all in. Unless he pulls a rabbit out of his hat, Chapter 7 is inevitable, and it’s his GREED that is to blame. Not any conspiracies. Elon was greedy and cornered himself by being way over-leveraged.”

So, what do you think? Is Elon Musk doomed to financial ruin? Let us know by leaving a comment.

Published in Conspiracy, Technology and U.S.