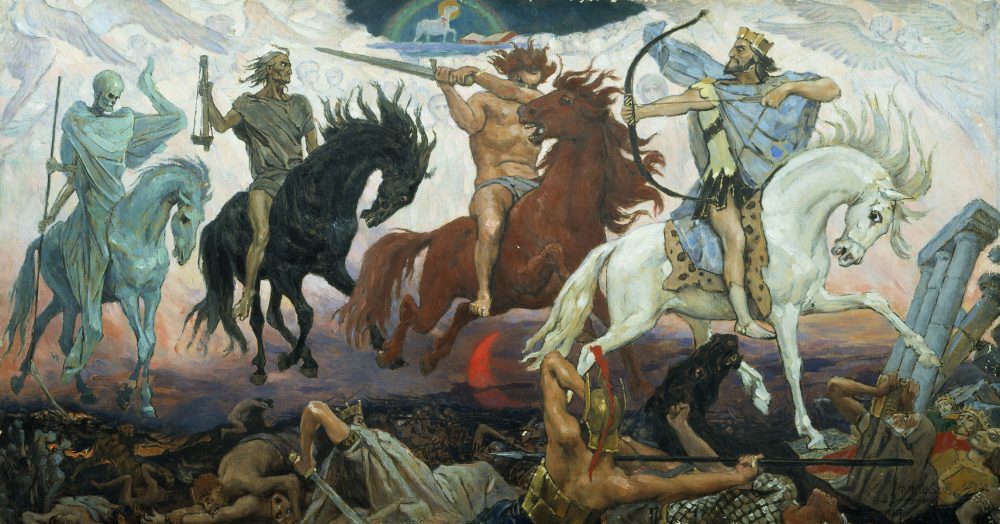 According to Breaking News Israel, the Nascent Sanhedrin issued an open letter to U.S. President Donald Trump in advance of the announcement concerning his peace plan for the Middle East. The president’s son-in-law and special adviser, Jared Kushner, is currently touring the region with the intention of garnering support for the plan, which Trump refers to as the “Deal of the Century.”

Details of the plan have not yet been revealed, but many are speculating it involves dividing up Jerusalem, and even other parts of Israel, with neighboring countries (such as Palestine) in order to achieve peace.

Read the Nascent Sanhedrin’s letter to Trump below:

To the honorable President Donald Trump,

The Beit Din of the Sanhedrin, the High Court of 71, would like to express its appreciation for all you have done for the People of Israel, for the State of Israel, and in particular your formative action in moving the US Embassy to Jerusalem.

At the same time, we are very concerned about the implications of the so-called “deal of the century” that has not yet been presented to the public but has already been announced. The plan received considerable attention from Israeli officials, including Prime Minister Netanyahu. We assume that not everyone is wrong and we are convinced that you have truly good intentions to make peace. However, peace can only be achieved if it is not contrary to the will of the Creator. And it follows that peace can only be implemented by whosoever decides to ensure that all of land mentioned in many places in the Bible are granted as an eternal inheritance to the people of Israel, the seed Abraham Isaac and Jacob.

We ask you and your government not to present any plan that violates the Divine rights of the people of Israel to all of its land, the Land of Israel.

The Creator of the World did not grant any rights of settlement in the borders of the Holy Land to other nations, and certainly not to the enemies of the People of Israel. If you act according to these principles you will be guaranteed the blessing of the Beit Din and the Blessing of Heaven. Accordingly, your terms of office will be filled with success, both for you and for the United States of America.

The Nascent Sanhedrin is a group that is attempting to re-institute “semicha” and re-establish a Sanhedrin in Israel.

[This is] the sixth attempt in the last five hundred years, but unlike previous attempts, for the first time there seems to be wide consensus among the leading Torah sages living in the Land of Israel for the pressing need for such an institution at this time.

The Sanhedrin date back to ancient times and participated in the trial of Jesus Christ prior to his dispensation by Pontius Pilate:

In the narrative of all the canonical gospels, after the betrayal and arrest of Jesus, he is taken to the Sanhedrin. From a historical perspective, in the era in which the narrative is set, the Sanhedrin body was an ad hoc gathering, rather than a fixed court.

In the four canonical gospels, Jesus is tried and condemned by the Sanhedrin, although not all members were present. Joseph of Arimathea and Nicodemus dissented from this decision. Jesus is mocked and beaten and condemned for various accusations, violating the Sabbath law (by healing on the Sabbath), threatening to destroy the Jewish Temple, sorcery, exorcising people by the power of demons and claiming to be both the Messiah and the Son of God. Although the Gospel accounts vary with respect to some of the details, they agree on the general character and overall structure of the trials of Jesus. (Source)

How does this all tie into the End Times prophecy and Second Coming of Christ?

The New Testament states the End Times will be the darkest point in Earth’s history, where misery, pain, evil, sorrow and unrighteousness all run rampant. Darkness will completely rule the world through the Antichrist.

At the end of the Great Tribulation, the Antichrist will gather his armies from all over the Earth to go and attack Jerusalem (Zechariah 14:1-2). They will begin slaughtering the city’s residents without mercy. This will be the Jews’ greatest hour of need in their entire history. In his bitterness and anger, the Antichrist intends their complete destruction.

But then, Jesus and the saints will descend from Heaven to save them:

“Then shall the LORD go forth, and fight against those nations, as when he fought in the day of battle.

We’re not exactly Biblical scholars, but so far we have learned the Great Tribulation involves a number of signs Jesus warned of, including the rebuilding of Temple Mount (which has already begun) among other things.

On top of this, any further animosity in the region between Jews, Muslims and even Christians may trigger a devastating retaliatory response from Israel, which in turn might usher in the prophesied coming of the Antichrist and eventually Jesus Himself.

A battle between good and evil would then commence, as predicted in the Book of Revelation:

“And I saw heaven opened, and behold a white horse; and he that sat upon him was called Faithful and True, and in righteousness he doth judge and make war.

“His eyes were as a flame of fire, and on his head were many crowns; and he had a name written, that no man knew, but he himself.

“And he was clothed with a vesture dipped in blood: and his name is called The Word of God.

“And the armies which were in heaven followed him upon white horses, clothed in fine linen, white and clean.

“And out of his mouth goeth a sharp sword, that with it he should smite the nations: and he shall rule them with a rod of iron: and he treadeth the winepress of the fierceness and wrath of Almighty God.

“And he hath on his vesture and on his thigh a name written, KING OF KINGS, AND LORD OF LORDS.

“And I saw an angel standing in the sun; and he cried with a loud voice, saying to all the fowls that fly in the midst of heaven, Come and gather yourselves together unto the supper of the great God;

“And I saw the beast, and the kings of the earth, and their armies, gathered together to make war against him that sat on the horse, and against his army.

“And the beast was taken, and with him the false prophet that wrought miracles before him, with which he deceived them that had received the mark of the beast, and them that worshipped his image. These both were cast alive into a lake of fire burning with brimstone.

“And the remnant were slain with the sword of him that sat upon the horse, which sword proceeded out of his mouth: and all the fowls were filled with their flesh.” (Revelation 19:11-21)

The possible catalyst of this upcoming conflict could be President Trump’s “Deal of the Century,” which allegedly threatens the “sacred” sovereignty of the Nation State of the Jewish people (i.e. Israel).

Published in Conspiracy, Opinion and World