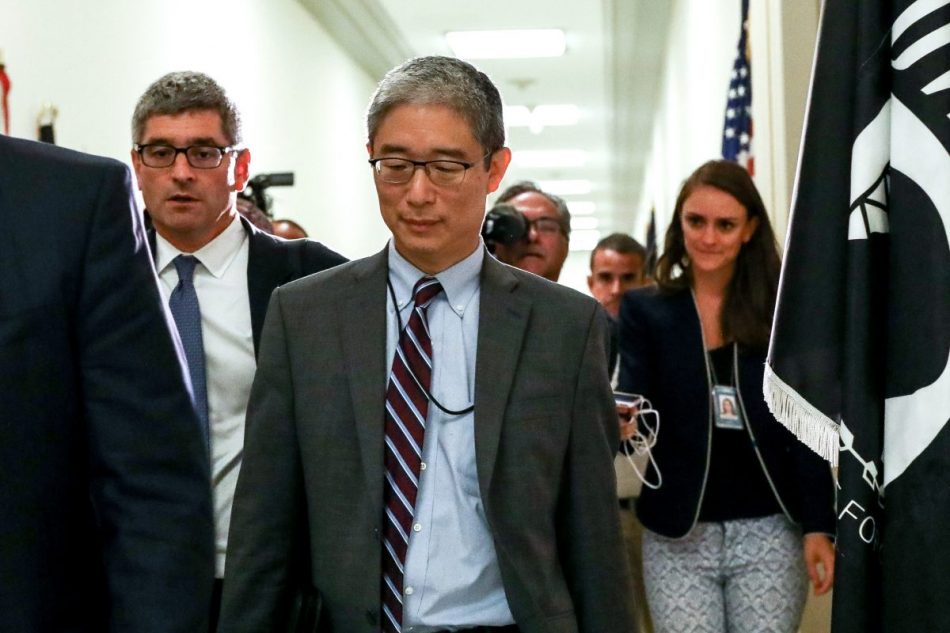 On Friday, a 268-page PDF file was uploaded to Rep. Doug Collins (R-GA) official .gov website after he made a brief request on the floor:

This morning, I requested the link https://t.co/yA4Ig4L8at be placed in the record so the American people can review the transcript of Bruce Ohr’s interview. pic.twitter.com/wz2A2h78Na

The file contains a transcript of a House Judiciary and Oversight Committee interview of Justice Department official Bruce Ohr that took place on August 28, 2018 in the Rayburn House Office Building in Washington, D.C.

During the interview, Ohr, who also served as an unofficial conduit between the FBI and Christopher Steele (author of the Trump dossier), claimed he never personally looked at the information contained on a thumb drive his wife gave him to hand over to the agency. Ohr said the reason for this was because he was wary about plugging the drive into his work computer.

“No. I didn’t want to plug it into my machine at work,” the Justice Department official said. “I just gave it to the FBI.”

“I don’t plug any stick that anyone gives me, even my wife, into a work computer,” Ohr added.

According to the Washington Examiner, his wife, Nellie, was employed by Fusion GPS, the firm that was hired to conduct opposition research by a lawyer who represented the Democratic National Committee and Hillary Clinton’s campaign. Bruce Ohr was demoted shortly after it was discovered he met with Steele and Fusion GPS co-founder Glenn Simpson.

The embattled government official said he believed the thumb drive his wife gave to him included information she had found on behalf of Fusion GPS.

During the interview, former Rep. Trey Gowdy (R-SC), who was chairman of the House Oversight Committee at the time, pressured Ohr into discussing exactly what information his wife was instructed to dig up related to Russia and whether it was “good” or “bad.”

Last October, Nellie Ohr testified before congress, but exercised “spousal privilege” and did not disclose any discussions she had with her husband about the Steele dossier. The report contained unverified and salacious claims about President Donald Trump’s ties to Russia that reportedly could have been used to influence his decision making while in office.

Bruce Ohr revealed he had kept in contact with Steele and shared his research with the FBI even after the bureau severed ties with him as an informant due to his disclosure of confidential information to multiple news media outlets.

He said he had also relayed another thumb drive to the FBI, which he assumed contained the actual dossier itself.

Read the full transcript of Bruce Ohr’s testimony below (source):