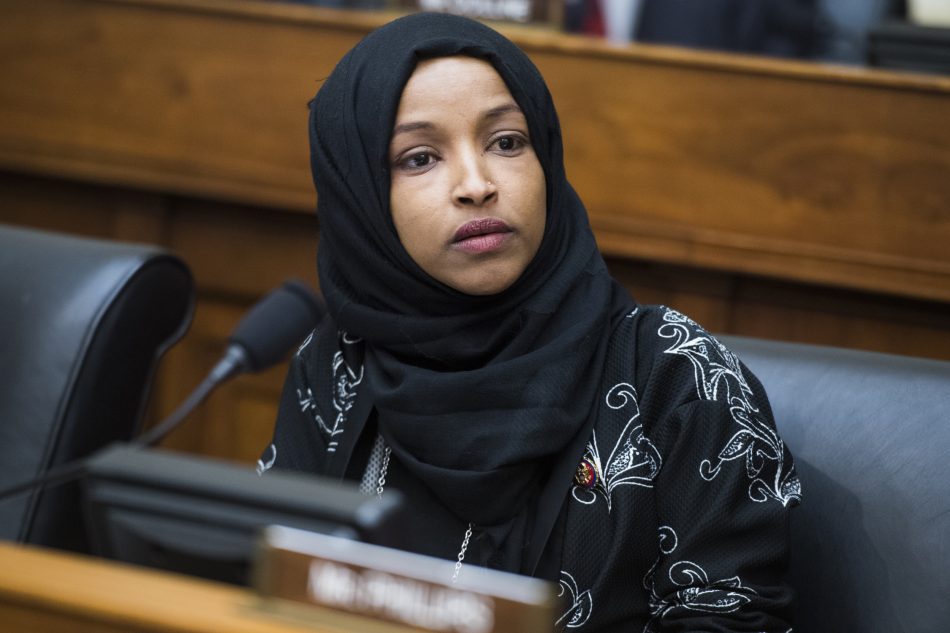 Approximately 24 salary payments were made to various individuals starting on November 9, 2018 and continuing through December 19, 2018. 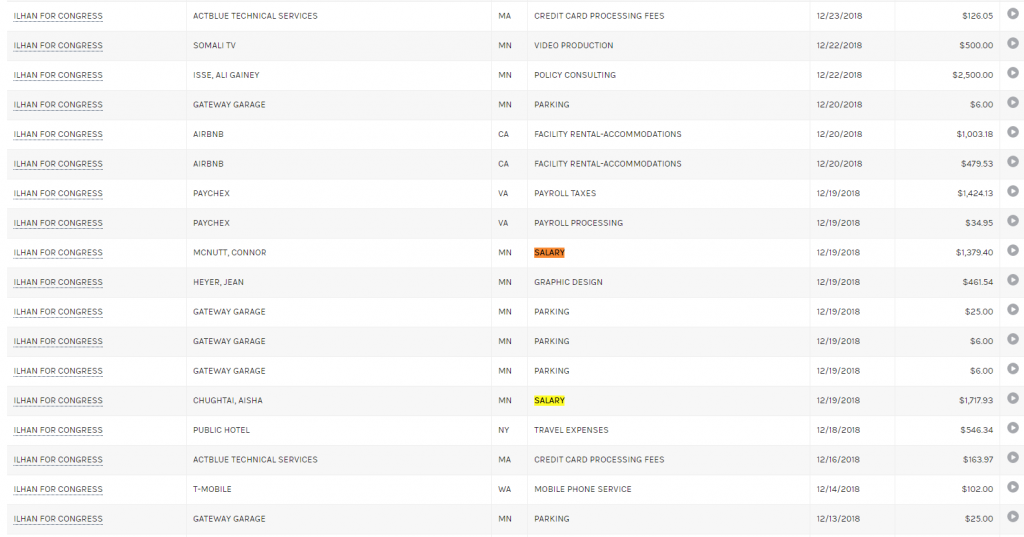 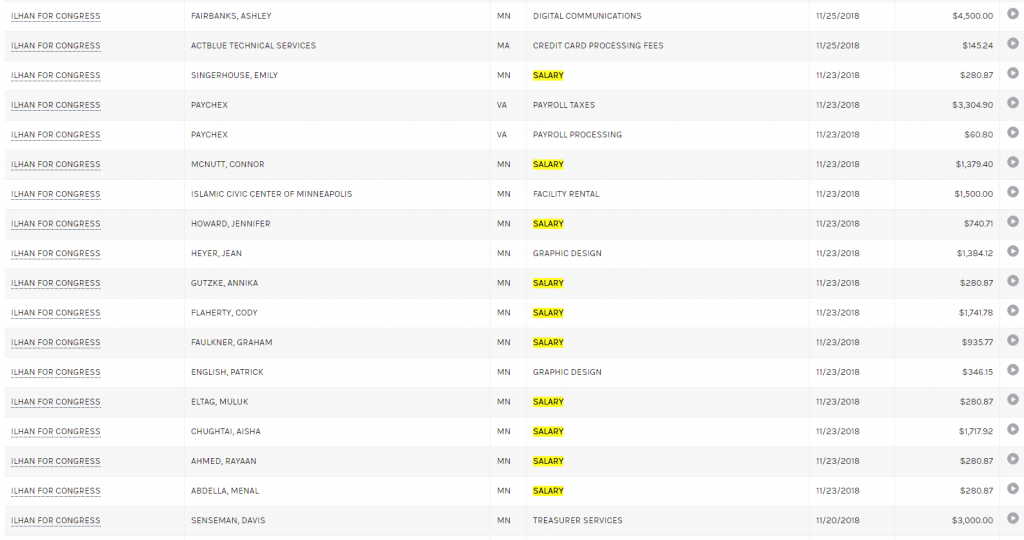 FEC rules state general election candidates are only allowed to disburse salaries from their campaign funds until the date of the election:

If the candidate loses the primary, withdraws from the race, or otherwise ceases to be a candidate, no salary payments may be paid beyond the date he or she is no longer a candidate.

Earlier this month, it was discovered that Rep. Rashida Tlaib (D-MI) paid herself $17,500 after election day.

Alexandria Ocasio-Cortez (D-NY) is also in hot water after her chief of staff allegedly ran a $1,000,000 slush fund to divert campaign cash to his own companies.

Two political action committees founded by Rep. Alexandria Ocasio-Cortez’s top aide funneled over $1 million in political donations into two of his own private companies, according to a complaint filed with the Federal Election Commission on Monday (March 4, 2019).

The cash transfers from the PACs — overseen by Saikat Chakrabarti, the freshman socialist Democrat’s chief of staff — run counter to her pledges to increase transparency and reduce the influence of “dark money” in politics.

Chakrabarti’s companies appear to have been set up for the sole purpose of obscuring how the political donations were used.