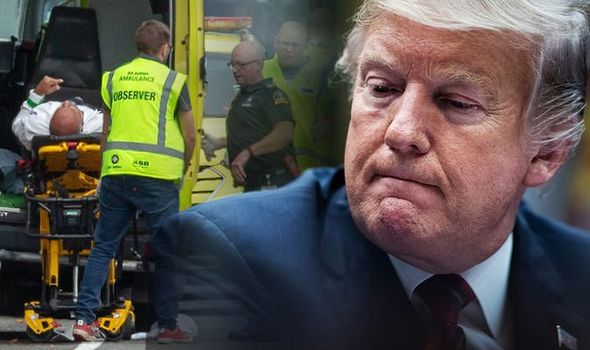 The article’s lengthy title claims the shooter is a Trump supporter:

FORTY-NINE worshippers are slaughtered and dozens injured at two New Zealand mosques after Trump-supporting white supremacist opens fire and live-streams the massacre: Woman and three men – including one in a suicide vest – are arrested

The story is currently featured on the front page of dailymail.com: 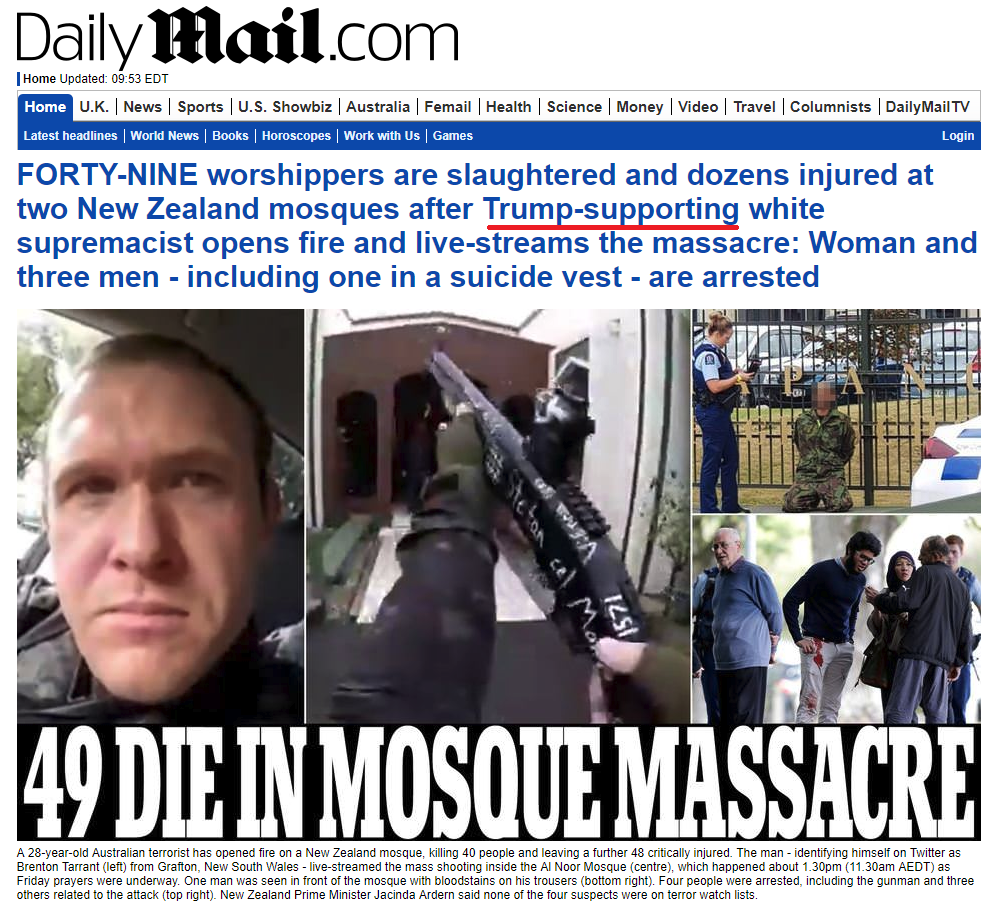 According to The Gateway Pundit, the suspect’s manifesto only mentions the word “Trump” once:

…A quick word search for “Trump” turns up this one and only mention:

“Were/are you a supporter of Donald Trump?

“As a symbol of renewed white identity and common purpose? Sure. As a policy maker and leader? Dear god no.”

Given that NOTHING Trump has ever done or said can be construed as “white” nationalism, we’re not sure what this guy is talking about. He provides no examples to support his thesis, however, he’s pretty clear that he doesn’t like Trump as a policy maker and leader. “DEAR GOD NO”