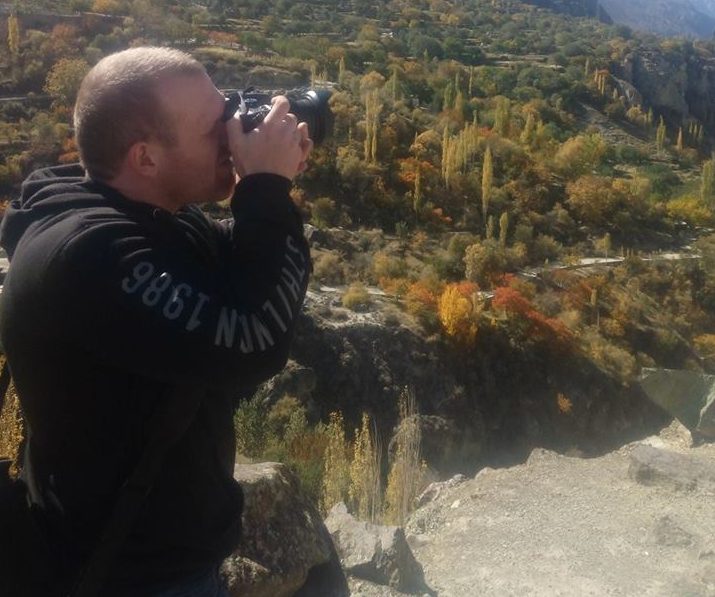 Christchurch Shooter Reportedly Visited Pakistan Last Year And Called It “An Incredible Place Filled With The Most Earnest, Kind-Hearted And Hospitable People In The World”

If he had such a problem with #Muslims, what the hell was the #Christchurch shooter doing in #Pakistan 5 months ago?
Why did he visit #NorthKorea in the past?
Could he be a #Mossad operative?https://t.co/z28BUBQiAu pic.twitter.com/Ao26qlmKMG

A post made on Facebook (which has since been deleted) showed a photo of the suspected shooter sitting down (in someone’s backyard?) and smiling.

The caption reads as follows:

“Hello everyone my name is Brenton Tarrant and I am visiting pakistan for the first time. Pakistan is an incredible place filled with the most earnest, kind hearted and hospitable people in the world, and the beauty of hunza and nagar valley in autumn cannot be beat.

“Unfortunately many tourists are choosing other countries due to the stress, difficulty and steep requirements of obtaining a Pakistani visa.

“Hopefully in the near future the Pakistani government and Mr Imran Khan will make the necessary changes to the visa program so to encourage tourism and make it viable once more for the world to come and experience the beauty of Pakistan.” 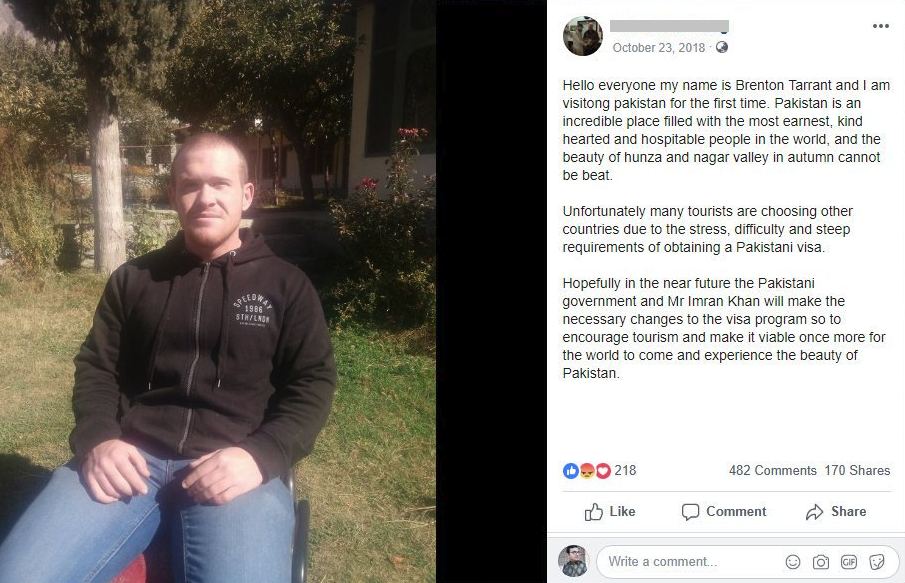 The post received 218 likes/reactions, 482 comments and 170 shares before it was removed.

One Facebook user caught another message before it was deleted: 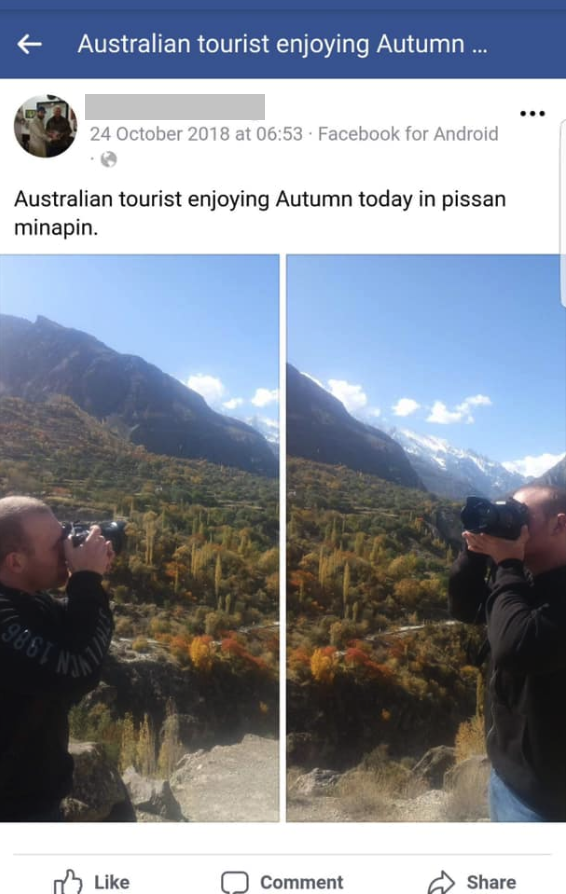 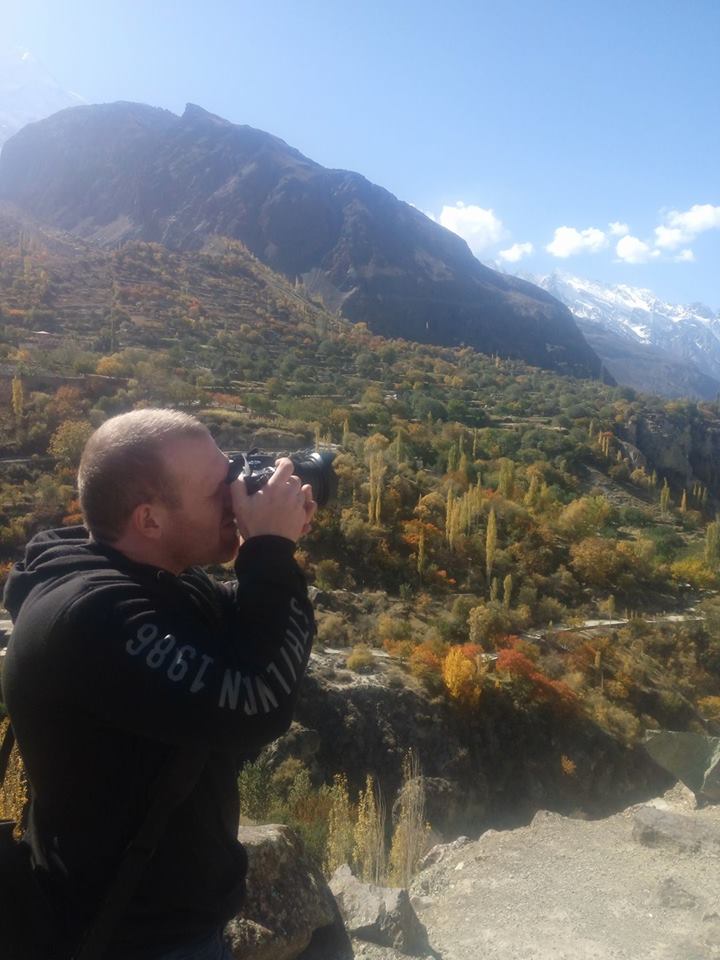 They also provided another screenshot of the previous post, which makes it seem like it was actually authentic:

ABC News Australia reported Tarrant was known to have visited other countries as well:

Tarrant said he worked for a short time before making some money from Bitconnect, a cryptocurrency like Bitcoin, then used the money to fund his travels.

He is known to have visited Europe, South-East Asia and east Asia.

His travels also took him to North Korea, where he was photographed in a tour group visiting the Samjiyon Grand Monument.