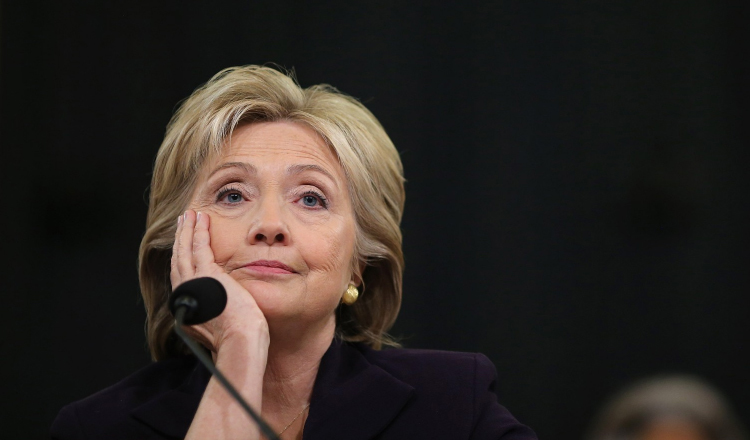 On Thursday, Fox News reported on the discovery of a new batch of heavily redacted classified emails from Hillary Clinton’s personal email server.

The more than 750-page group of documents reveal that Clinton, while she was acting as secretary of state during the Obama years, discussed establishing a “private, 100% off-the-record” back channel to Israeli Prime Minister Benjamin Netanyau.

…One of her top aides warned her that she was in “danger” of being “savaged by Jewish organizations, in the Jewish press and among the phalanx of neoconservative media” as a result of political machinations by “Bibi and the Jewish leadership.”

Some of the documents seem to contradict Clinton’s 2015 sworn testimony where she stated she had turned over all of her sensitive work-related emails to the State Department. In that same testimony, she said the submitted emails included a “slew of classified communications” on matters such as foreign policy and the State Department’s personnel.

The files came from a trove of 72,000 documents the FBI recovered and turned over to the State Department in 2017.

The documents, representing a small proportion of the tens of thousands of emails still unaccounted for from Clinton’s server, also underscored the apparently significant political threat that the Obama administration felt it faced at the hands of Israel.

The former secretary of state also “chatted” with UK’s prime minister at the time, Tony Blair, about foreign policy before she was even sworn in. Additionally, Clinton aided in the application of at least one applicant from the State Department who reportedly had connections to her daughter, Chelsea.

In an email interaction with Blair, Clinton said the following:

“Tony – We are finally moving and I am looking forward to talking w you as soon as I’m confirmed, tomorrow or Wednesday at the latest. Your emails are very helpful so pls continue to use this address, hr15@att.blackberry.net.”

“It would be great if we could talk before any announcements are made.”