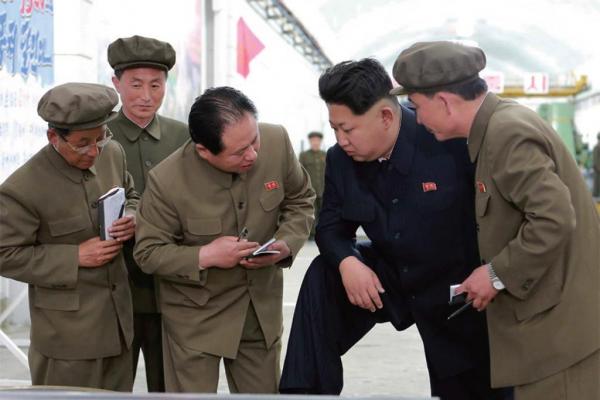 After weeks of a sustained media campaign attempting to undermine confidence in the denuclearization talks with North Korea it seems that efforts have been significantly ramped up. New revelations regarding events concerning the Democratic People’s Republic of Korea (DPRK) and statements coming out of the hermit kingdom itself show a concerted effort from both inside and out of the country to overthrow Kim Jong Un and prevent peace for the Peninsula. These efforts are being assisted not only by the United Nations (UN), but also, surprisingly, the United Kingdom and other European states. The recent developments indicate that a dangerous new chapter is unfolding in the campaign to prevent North Korean denuclearization.

On March 26, 2019, Reuters highlighted South Korean reports of a North Korean statement made by Vice Foreign Minister Choe Son Hui on March 15 regarding the positions President Donald Trump had outlined to the North Korean delegation during negotiations at the Hanoi Summit. Most shocking about the statement was the admission that Chairman Kim Jong Un had “faced much opposition and challenges” from the military and defense industry within the DPRK due to their desire for him to not give up nuclear weapons. The North Koreans, who are known for venerating their leadership and extolling their total power would not admit to such weakness unless they were highly concerned about stark realities within their own country.

The pushback from the North Korean defense industry paints the global distribution of DPRK-produced weaponry in a new light. Disobedient Media has previously noted that such dissemination of conventional arms created a very real risk that groups who North Korea never had any intention of supporting would use their weaponry in heinous acts which would then be blamed on the DPRK. The now apparently open opposition to Kim Jong Un from his own defense industry causes doubt as to the extent that North Korean leadership is aware of weapons transfers being conducted in their name.

The policy of Songun promoted by Kim Jong Il for many years allowed the DPRK’s military industrial complex to thrive. With the advent of new leadership that has prioritized peace, this industry will now suffer. The willingness of North Korean authorities to openly acknowledge rebellion against them raises questions about who is truly in control of the country. It would appear that the pariah nation is held hostage by its own contractors and parties involved with nuclear development.

North Korea’s military has also been a thorn in Chairman Kim’s side ever since his ascension to power. In May 2017, The Asahi Shimbun reported that the murder of Kim’s half-brother Kim Jong Nam had come just days after he met with a suspected US intelligence agent in Malaysia. Just a few months after Kim’s murder, the young North Korean leader purged the country’s powerful General Political Bureau over what was described as an “impure attitude” likely in relation to the apparent coup attempt. Top military posts were ultimately filled with individuals who were more loyal to Kim. To see the DPRK’s military stepping up attempts to undermine Kim Jong Un as a potential end to the Korean War looms is hardly a surprise.