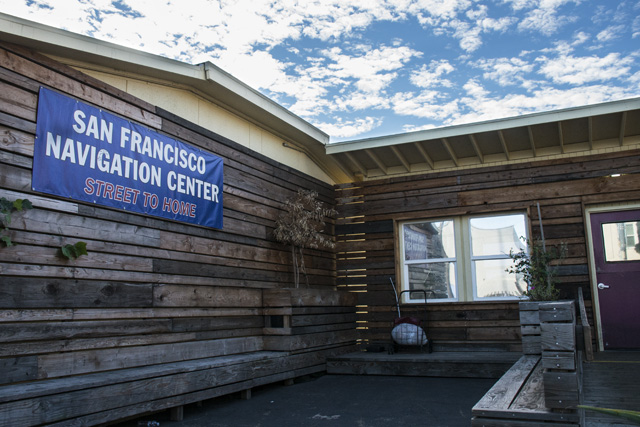 Wealthy San Francisco residents who live in an upscale neighborhood have so far raised over $70,000 to fight back against the construction of a 24-hour, 200 bed homeless shelter which would be located just south of the Bay Bridge. If built, the facility would support couples, families and pets and would connect them to local resources and services with the ultimate goal of finding them permanent residences.

City mayor London Breed approved of the shelter earlier this month. The San Francisco Port Commission is expected to consider the project in April, according to Zero Hedge.

Homelessness is a crisis in our city and we need to act to get people off the streets and into housing. We're happy to demonstrate how these Nav Centers work and the benefits they've brought to other neighborhoods, but we can't afford unnecessary delays. https://t.co/WlqpQYahsd

As mentioned previously, a group of about 150 local residents, who happen to identify politically as Democrats, have aggressively set out to stop the project. Over the past week or so, they have raised over $75,000 out of their $100,000 goal. One donor in particular contributed a whopping $10,000.

The shelter opposition fundraiser, otherwise known as the ‘Safe Embarcadero for All,’ will focus on paying for legal expenses to prevent the center from being constructed. 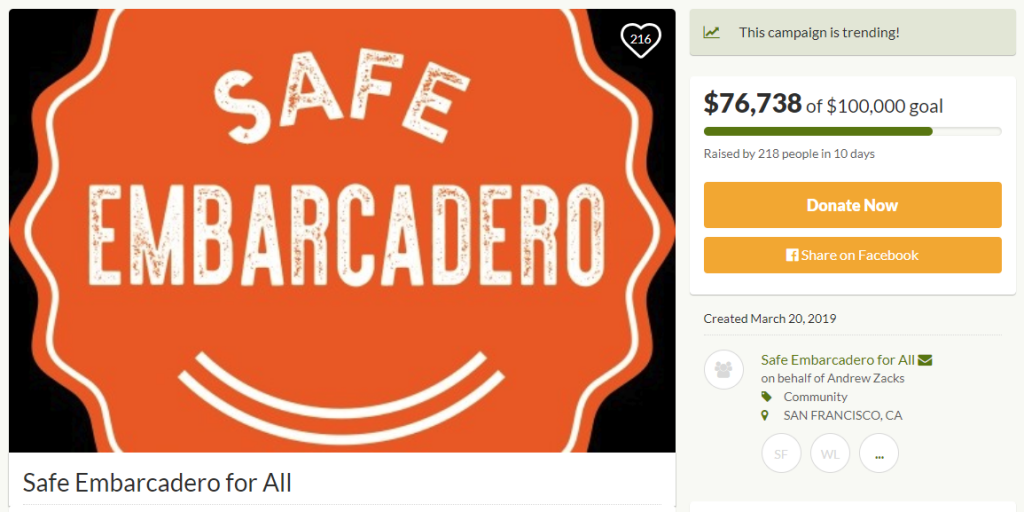 According to The Guardian:

Wallace Lee, the father of a two-year-old who lives two blocks from the proposed site, said he is helping to organize against the project out of concerns for his family’s safety. “It is increasingly a place where people are starting families,” he said. “There are a lot of strollers in the neighborhood that weren’t here when I moved in 2013.”

While little research has been done on the impact shelters have on communities, the campaign cites one study done in Vancouver that found a sharp increase in thefts.

A counter-fundraiser, which is called ‘SAFER Embarcadero for ALL‘ and aims at supporting the building of the shelter, has out-raised the group of rich local Democrats; their goal is $175,000 and they have currently reached about $140,000. 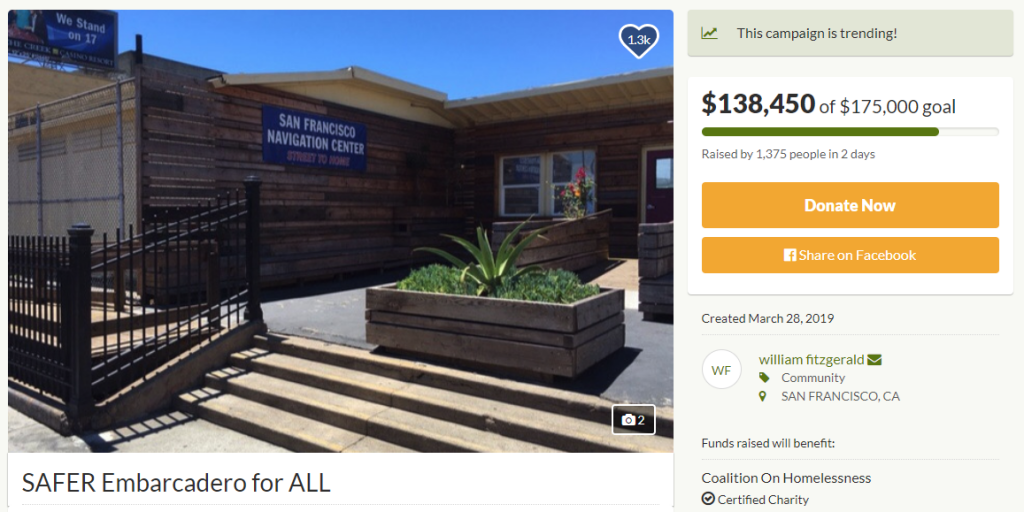 Kelley Cutler, a human rights organizer for the Coalition on Homelessness, argues that the fears are rooted in stigma, and that they are not unique to San Francisco. “No matter where the location is, folks say this is not the right space. Not in our community. So they are going through that right now in the Embarcadero,” she said.

“We really are talking about a life and death issue,” said Cutler – noting that 240 homeless people died in San Francisco last year. “The issue is impacting the community as a whole,” she said, adding “we all need to step up – that way it can be safer for everyone.”

District Rep. Matt Haney spoke to KPIX 5 and told them there are about 3,500 homeless people who live in San Francisco and “[many] of city-owned parking lots can be used to address” the urgent problem of homelessness in the city.