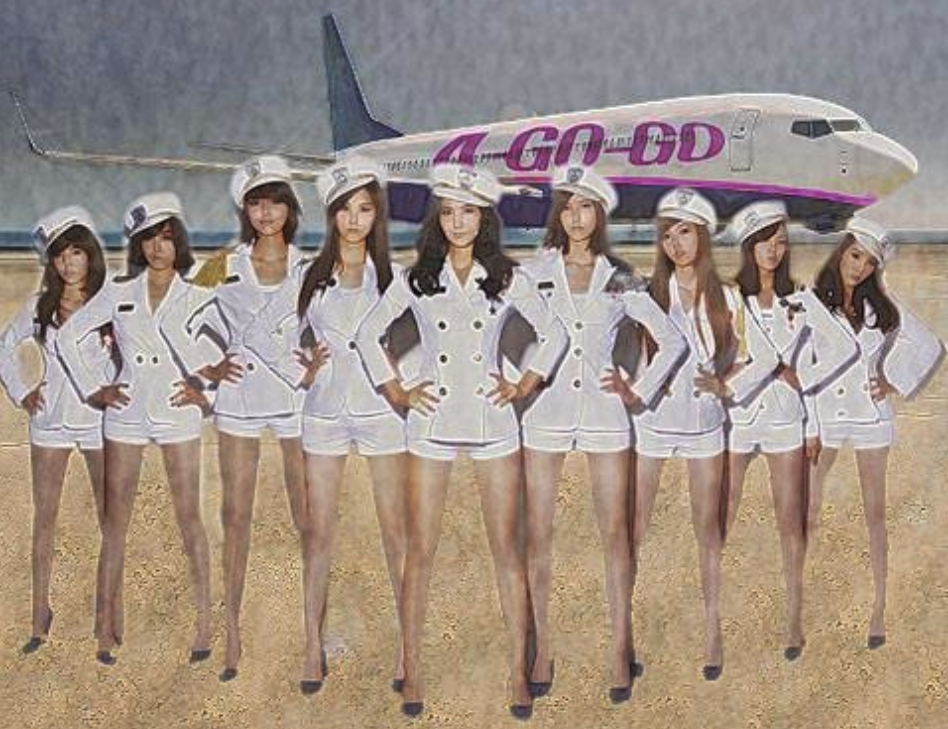 Thaivisa News reported today that budget airline ‘A-Go-Go Airlines’ has been given the go-ahead by Thai air authorities to start direct flights between Europe and Thailand.

But, what’s so special about that?

Well, supposedly the stewardesses, who are also known as ‘trolley dollies,’ will be wearing “scantily clad” attire – even in the economy class sections of the flights.

[The] special upper deck “Jumbo Room” [will include] topless girls for VIPs on First and Business Class tickets.

Free flow of cocktails and “food as spicy as our stewardesses” has been promised on all A-Go-Go flights.

A mysterious “Pattaya mafia figure” who heads up a consortium of Thai, Russian and British entrepreneurs supposedly started the new budget airline.

A spokesperson for the company, who asked not to be named, revealed some additional information at a press conference in Bangkok:

“The consortium felt there was a wide gap in the market and we are happy to exploit it. Many westerners love Pattaya but the journey via Bangkok can take away valuable time – time that would be better spent drinking and womanizing.

“We are pleased to announce the new service that will not suffer from the crushing political correctness of the West and will have that special, saucy Thai flavor beloved of so many visitors to Thailand.”

Seeing how it’s April 1st, this may simply be an ‘April Fools’ joke.

But… nowadays, you just never know. 🤔

Published in Opinion, Weird and World