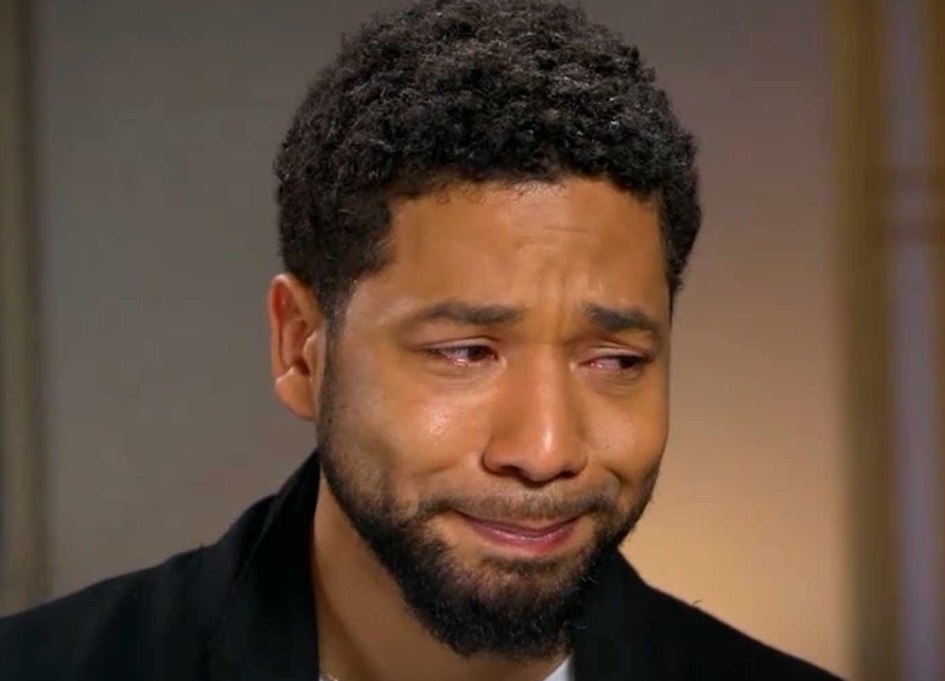 In February/March, the actor was accused of staging a fake ‘MAGA Country’ attack on himself in the city of Chicago in freezing temperatures while holding a warm meatball Subway sandwich, but was able to just “walk free” because of… corruption and stuff.

During the raid today, various crews from the mainstream media were tipped off hours prior so they could scramble and get their camera equipment, drive over to Smollett’s residence, hide in some nearby bushes and wait for the FBI vans to show up.

Obviously, they were able to capture ultra-HD footage of the event as it unfolded, which you can clearly see in the screenshot below:

After agents politely knocked, announced their presence and then dramatically kicked in his door and stormed the home, high-pitched yelling could be heard as well as uncontrollable sobbing (similar to what was seen in the exclusive interview he gave with ABC News’ Robin Roberts).

Just minutes later, Smollett and the group of FBI special agents exited the house; the actor hung his head in shame, but was still wearing those really cool glasses he usually wears out in public (even though it was 4am, but hey, some people do that).

On his way to the FBI van, reporters could be seen neatly lining up to ask him various questions. The agents allowed him to stop and give brief Q&A interview sessions – all in front of the cameras (because it’s all totally real).

Actor: This just ain’t fair, you know!? I mean yeah, there was a lot of evidence that showed the ‘MAGA Country’ attack might have been fake, but it still ain’t fair! I’m the victim! Do you hear me!?? I’M THE VICTIM!!! REEEEEEEEEE!!!!

MSM News Reporter #2: Hello, sir. We’re sorry to see this happen to you, even though it has happened to others… *whispers* but, we don’t care about them, hehe… *clears throat* Ahem, well, um, what will you do now that you might be facing up to 10 life sentences in a federal penitentiary? Don’t ask me how I know that, by the way.

Actor: I was planning on going to Disney World, but not anymore. Thanks A LOT President Trump and the FBI!!

MSM News Reporter #3: Hi, Jussie. Did you happen to watch the NAACP Image Awards show? Chris Rock was cracking jokes about you even though he was directly told not to by staff! How do you feel about that?

Actor: That was the most offensive thing I’ve ever seen in my life!! I used to be a HUGE Chris Rock fan, but not anymore!! That’s, like, worse than what’s happening to me RIGHT THIS MINUTE!!!!!!

Smollett then gently hopped in the back of the FBI van and was given a lollipop to comfort him. Agents could be seen through the windows patting him on the back and even giving him a couple of hugs.

The actor will reportedly appear in court on April 12, 2019 (the original date that was scheduled for charges related to his alleged staged attack… but, yeah, that just “went away”).