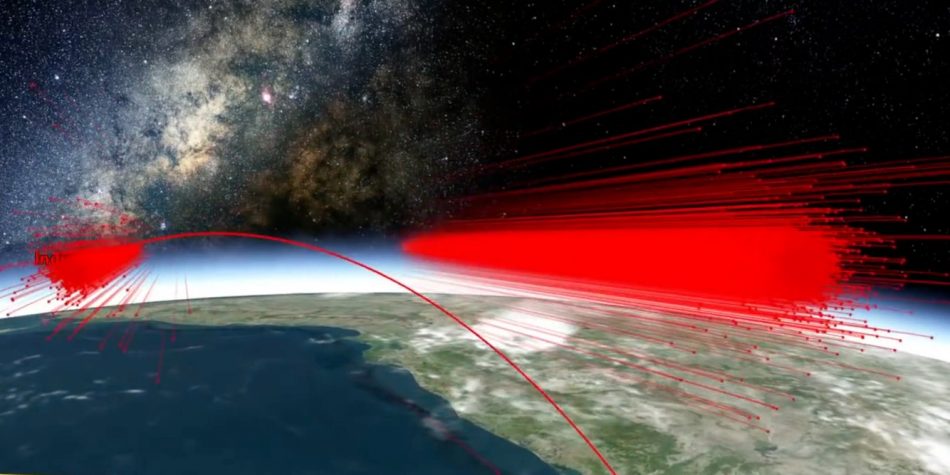 Last week, India intentionally destroyed one of its satellites with a missile and NASA is now saying the test has created so much space debris that it could threaten the International Space Station (ISS) and the astronauts on board.

Although Indian Prime Minister Narendra Modi essentially called the event a great success and welcomed the test as one that established the country as a “space power,” NASA Administrator Jim Bridenstine told his fellow employees on Monday that the massive satellite explosion posed an “unacceptable” threat to the ISS.

The anti-satellite weapon test, otherwise known as “Mission Shakti,” included a ground-based missile – a version of an existing ballistic missile interceptor – that was launched against one of its satellites located in low Earth orbit (approximately 300 kilometers).

After determining the test succeeded, Prime Minister Modi made a televised announcement and also took to Twitter to post a series of messages:

“In the journey of every nation there are moments that bring utmost pride and have a historic impact on generations to come.

“One such moment is today.

“India has successfully tested the Anti-Satellite (ASAT) Missile. Congratulations to everyone on the success of #MissionShakti.”

In the journey of every nation there are moments that bring utmost pride and have a historic impact on generations to come.

One such moment is today.

India has successfully tested the Anti-Satellite (ASAT) Missile. Congratulations to everyone on the success of #MissionShakti.

#MissionShakti was a highly complex one, conducted at extremely high speed with remarkable precision. It shows the remarkable dexterity of India’s outstanding scientists and the success of our space programme.

#MissionShakti is special for 2 reasons:
(1) India is only the 4th country to acquire such a specialised & modern capability.
(2) Entire effort is indigenous.
India stands tall as a space power!
It will make India stronger, even more secure and will further peace and harmony.

Even though both India’s PM and population are still celebrating their achievement, Bridenstine and other NASA employees are spending much of their time (trying) to track the massive amount of debris caused by the satellite’s destruction.

The object reportedly shattered into pieces upon impact with the missile, with much of the litter “large enough to pose a danger to the space station” but not big enough to actually see. It is unclear exactly how many pieces of debris were created, according to Business Insider.

“What we are tracking right now, objects big enough to track — we’re talking about 10 cm (4 inches) or bigger —about 60 pieces have been tracked.

“That is a terrible, terrible thing to create an event that sends debris at an apogee that goes above the International Space Station.

“That kind of activity is not compatible with the future of human spaceflight.”

Published in Science, Technology and World