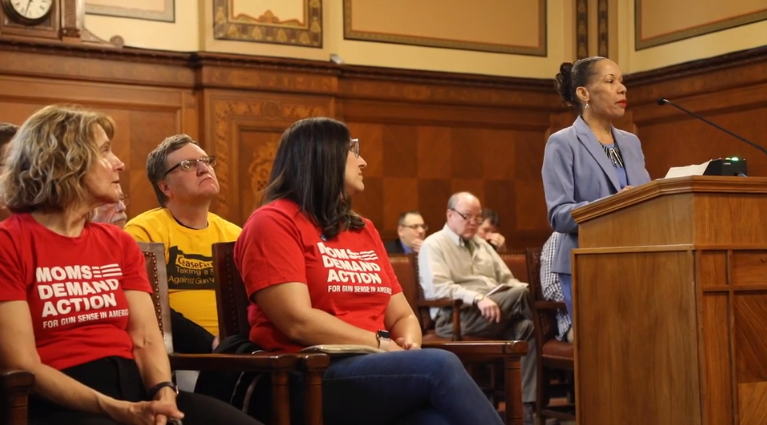 On Tuesday, the Pittsburgh Post-Gazette reported its city council had approved of three gun-control bills in a 6-3 final vote that attracted gun-rights advocates and family members of Tree of Life victims to council chambers — and the threat of lawsuits.

As a result of the bills being passed, assault-style weapons and certain types of ammunition will now be banned, but that’s not the worst part – courts will soon be allowed to temporarily confiscate weapons from those who pose an “extreme risk” to themselves or others.

Police say Bowers used an AR-15 rifle to carry out the attack, among other weapons.

“We’re pretty happy. We’ve gone through the process, we’ve made changes listening to a number of people. I think the colleagues who stuck with us were very brave in doing so, and even the colleagues who voted against wanted to have a gun conversation.”

Not all were satisfied with the outcome, though.

The National Rifle Association (NRA) said it is determined to assist local residents who oppose the anti-gun legislation by filing a lawsuit in the Allegheny County Court of Common Pleas.

Chris Cox, the executive director of the NRA Institute for Legislative Action, said the suit would “challenge the city’s definition of ‘large capacity magazines’ under the new ordinances.”

“Pittsburgh residents have a right to carry the self-defense tool that best suits their needs and the NRA is proud to support this challenge to the city’s magazine ban.”

Mayor Bill Peduto had his own take on the situation:

“As you look around this country and around this world, legislative bodies are challenging the validity or preemption laws and laws that would put elected officials through a criminal process for taking on the gun manufacturing lobby.

“We have not been able to get any movement in Harrisburg and Washington, and the answer is just don’t do nothing. We’ve seen what doing nothing has done. It has led to an escalation in severe mass murders. And we’re going to take action on a local level.

“So we’re not surprised about the lawsuit. We anticipated it. And we look forward to the next part of this challenge, which will be through the court system.”