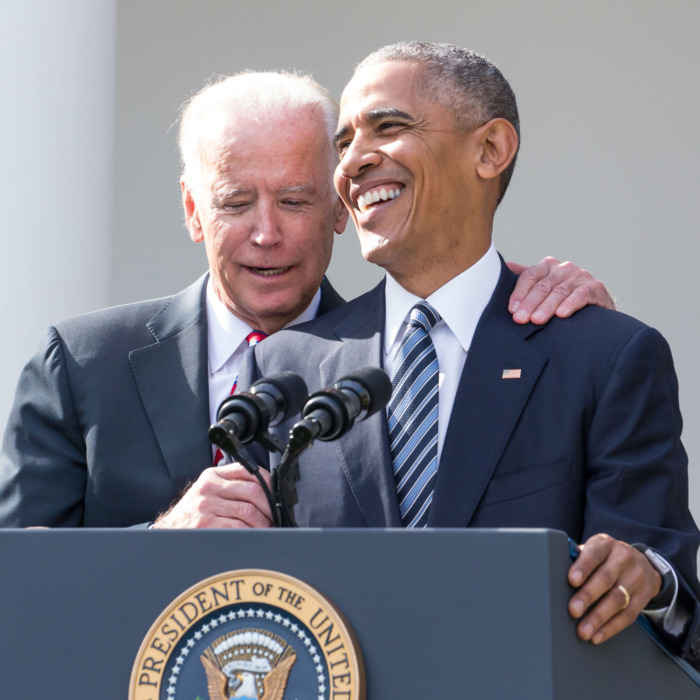 Joe Biden Says Allegations Will “Change” How He Campaigns

On Friday, former Vice President Joe Biden said he would probably have to “change” the way he campaigns in the future. This comes just a short time after several women came forward and accused him of inappropriately touching them at public events.

While giving a speech at the International Brotherhood of Electrical Workers in Washington, D.C., Biden joked about the controversy:

“I think it’s going to have to change somewhat how I campaign.”

The former VP also released a video on Twitter addressing the matter:

“Social norms are changing. I understand that, and I’ve heard what these women are saying. Politics to me has always been about making connections, but I will be more mindful about respecting personal space in the future. That’s my responsibility and I will meet it.”

Social norms are changing. I understand that, and I’ve heard what these women are saying. Politics to me has always been about making connections, but I will be more mindful about respecting personal space in the future. That’s my responsibility and I will meet it. pic.twitter.com/Ya2mf5ODts

The tweet has so far garnered 164K likes, 25K retweets and 31K replies.

This is very good. I bet his poll numbers go up.

No, it is not good. It has never been a “social norm” to kiss and touch women you do not know. What’s changed isn’t “social norms” but the way in which we hold people accountable for breaching those norms. The failure to recognize this distinction is disqualifying.

Perfect response Joe, thank you. Trying to make connections with people, especially after losing loved ones to cancer and a tragic car accident, is not a crime. I hope we can all put this behind us with more understanding about personal space and move on.

Maybe let women decide if it is “perfect” or not.

Joe, you can hug me anytime you want. You just keep being you because that’s what the Trump trolls are afraid of

The NY Times differs: “Caitlyn Caruso, a…sexual assault survivor, said Mr. Biden rested his hand on her thigh — even as she squirmed in her seat to show her discomfort … at an event on sexual assault [when she] was 19.” #creepy #andhasalwaysbeenwrong

According to an article from The Hill:

Speaking to reporters on Friday, Biden discussed how societal norms have “all changed.” He apologized for not understanding those changes earlier, but said he was not sorry for his “intentions,” adding that he has never been purposefully disrespectful.

“It’s not a bad thing; it’s a new thing,” Biden said of the changing social norms and expectations. “It’s important and I’m sure it’s going to take a while for it to settle out. But it’s settled out for me.”

He also addressed questions about whether he is “progressive” enough to emerge victorious in a Democratic primary field where many of the candidates have moved to the left on issues like health care and taxes.

“We’ll find out whether I can win in the primary,” Biden said. “The fact of the matter is the vast majority of the members of the Democratic Party are still basically liberal to moderate Democrats in the traditional sense.”