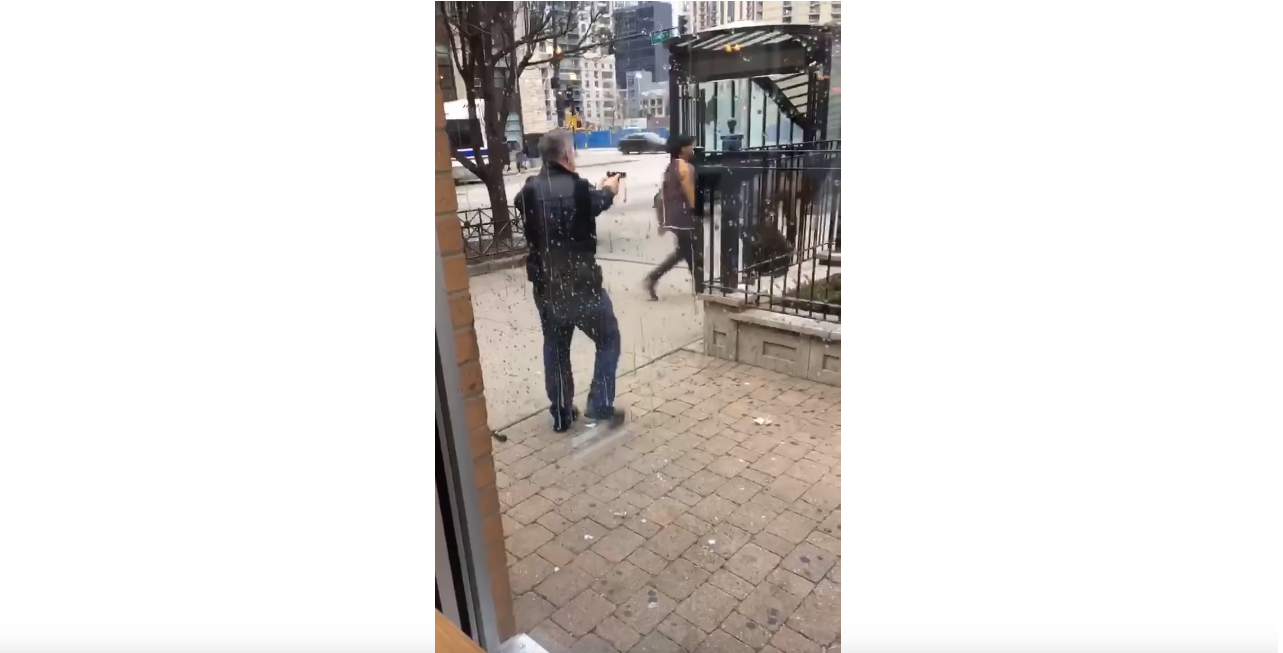 Video: Man Pulls Gun To Ward Off Chicago Teens Who Ruthlessly Attack Him

Video emerged yesterday of an armed man pulling his weapon to ward off two apparent attackers near the Magnificent Mile, just two days after widespread mob action prompted police to arrest 21 people in the area.

The video, filmed from inside McDonald’s at 10 East Chicago, shows two males attacking a middle-aged man who appears to be a security guard. The man is slammed against the restaurant’s outside wall by the pair who punch and grapple the older man as he works to free himself.

Within moments, one of the two apparent attackers picks up an object that appears to be a pepper spray canister while the armed man continues to struggle with the other person.

Suddenly, the man with the canister runs away as the older man returns to camera view with a handgun pointed raised at shoulder height.

As the armed man stands near the restaurant property line, the object that one of the apparent attackers picked up off the ground rolls to his feet. The second youth, apparently suffering the effects of pepper spray, raises his shirt to wipe his face.