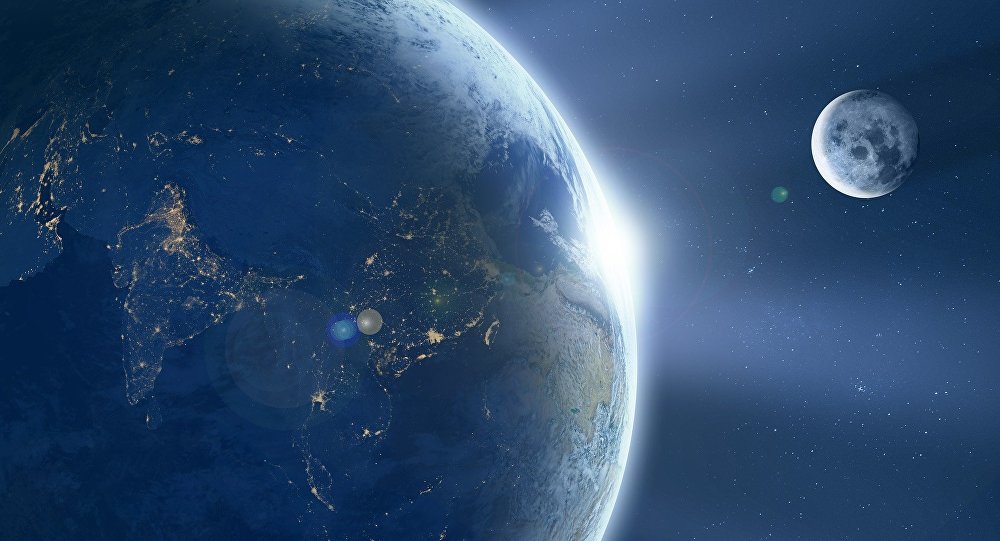 An alleged tweet from Twitter account BNL NEWS reported Israel’s lunar spacecraft, Beresheet, was carrying a holocaust memorial plaque that honored the millions of Jews who lost their lives in World War II:

“MORE: Crashed Israeli spaceship Beresheet was meant to deliver a placque to the lunar surface in memoriam of the six million individuals of jewish descent who lost their lives during the Holocaust.” 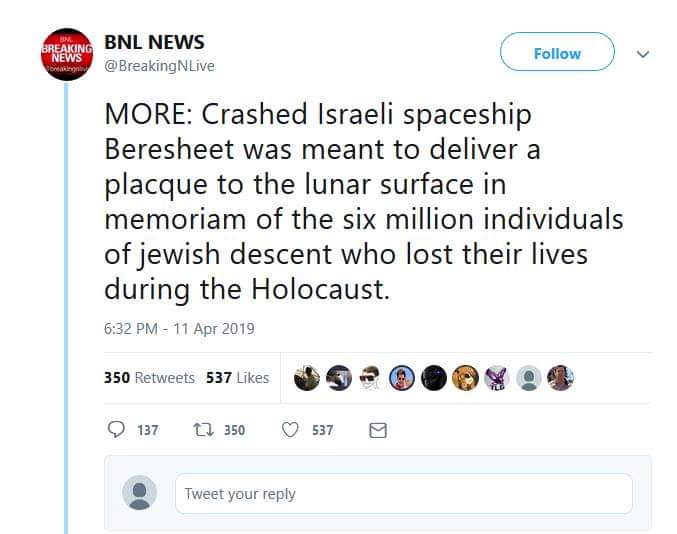 The tweet is no longer available (or never even existed because it may have been a hoax):

Quartz reported on the event and mentioned the following:

Beresheet carried artifacts celebrating its home country, including a Hebrew Bible inscribed on a metal discs the size of coin and a time capsule containing the Israeli Declaration of Independence and remembrances of a Holocaust survivor. It also carried a 30-million-page “Lunar Library,” an archive of overall knowledge etched onto discs.

The craft was able to snap some photos before it crashed into the moon. Check them out below:

Twitter account Israel To The Moon tried to stay positive after hearing about the failed landing attempt:

A successful landing was expected to garner a special million-dollar award from the XPRIZE Foundation. SpaceIL began as a competitor for the Google Lunar XPRIZE, the $30-million contest created in 2007 for private organizations to send robots to the moon. The Google contest, cancelled after a series of deadlines were missed, catalyzed work on a number of probes expected to reach the moon, with Beresheet to have been first among them.

The foundation said it would grant SpaceIL the award despite the failed attempt.

They may not have had a successful landing this time, but @TeamSpaceIL has still made history. They will be the recipients of our first ever $1M Moonshot Award, in honor of their achievements and their milestone as the first privately-funded entity to orbit the Moon. 🌒 #moonshot pic.twitter.com/ErUfjqvvxY

It is unknown at this time whether Israel will make another attempt at sending a spacecraft to the moon.