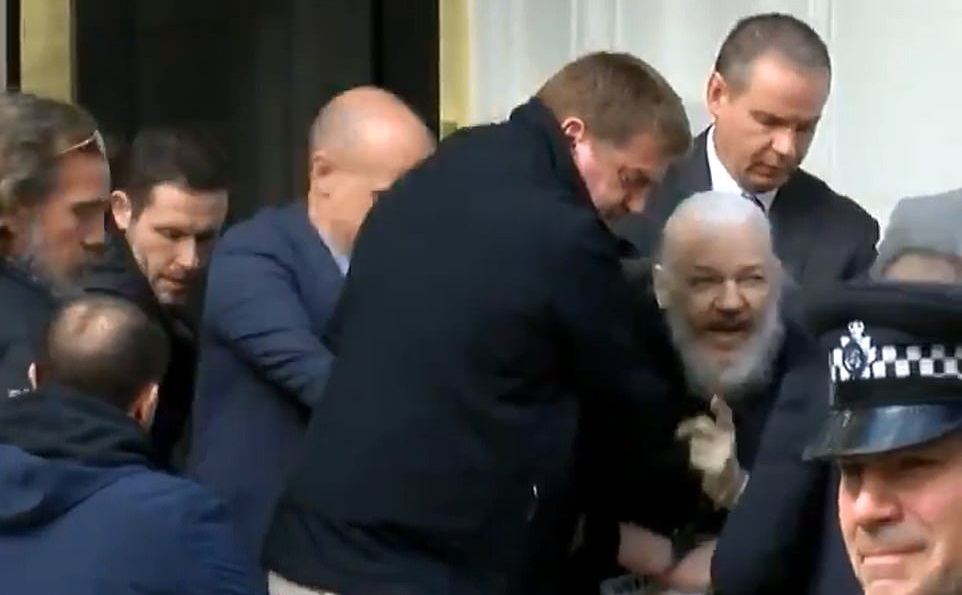 Insider: Julian Assange Will Be Extradited To U.S. Where He Will Testify Under Oath About The Clinton And Podesta Emails; Trump Will Then Finally Have Enough Evidence To Make Mass Arrests Of High-Profile Individuals

We hear it all the time: “Trust the plan.” But what is the plan? Perhaps we are about to find out.

Julian Assange, the founder of WikiLeaks, was just arrested. The Daily Mail reports he could face decades in prison after he was “hauled screaming out of the Ecuadorian Embassy by eight officers” and already found guilty of skipping UK bail. The United States government has apparently charged him with “hacking 750,000 classified documents.”

A source in the know recently made some cryptic comments regarding Assange’s current predicament.

“Mueller clears Trump. Less than a month later, Assange arrested. Do the math.”

“Assange is being brought to the US to testify about where he got the Podesta emails, in public, under oath. When that happens, you will finally have the basis you want for the arrests you want. Trump is staying neutral/silent on the matter because going either way would taint the testimony. Justice is not clean, quick, or pretty. It’s time-consuming, expensive, and rare. Years have been spent prepping for this moment. Settle the f**k down and watch what happens.”

One person in the conversation predicted there might be an attempt on Assange’s life:

“…If true, I fully expect them to try make an attempt on his life.”

“Yes, I think the chances of him ‘hanging himself in his cell’ are quite high. However, think about it this way. If there is another man in the world that is wanted dead more than Julian Assange, it’s Donald Trump. And he’s still alive. He’s got good people around him. Hopefully those same people are around Assange.”

“Let’s also not forget that Nigel Farage visited Julian Assange about a year ago on a mission from Trump.

“Wikileaks/Assange was responsible for releasing the Podesta emails back in 2016. This helped Trump and hurt Hillary, and some say it affected the outcome of the election. Hence, the timing of Assange’s arrest following Mueller clearing Trump makes it highly likely that Trump’s people are working to save Assange. This will be done by bringing Assange to the US, getting him to testify about the Podesta emails/Seth Rich in public, ultimately vindicating Trump and Assange.

“Today one of Obama’s people was indicted on federal charges. You evidently don’t want to see the happenings that are happening.”

You can read the thread here or here.