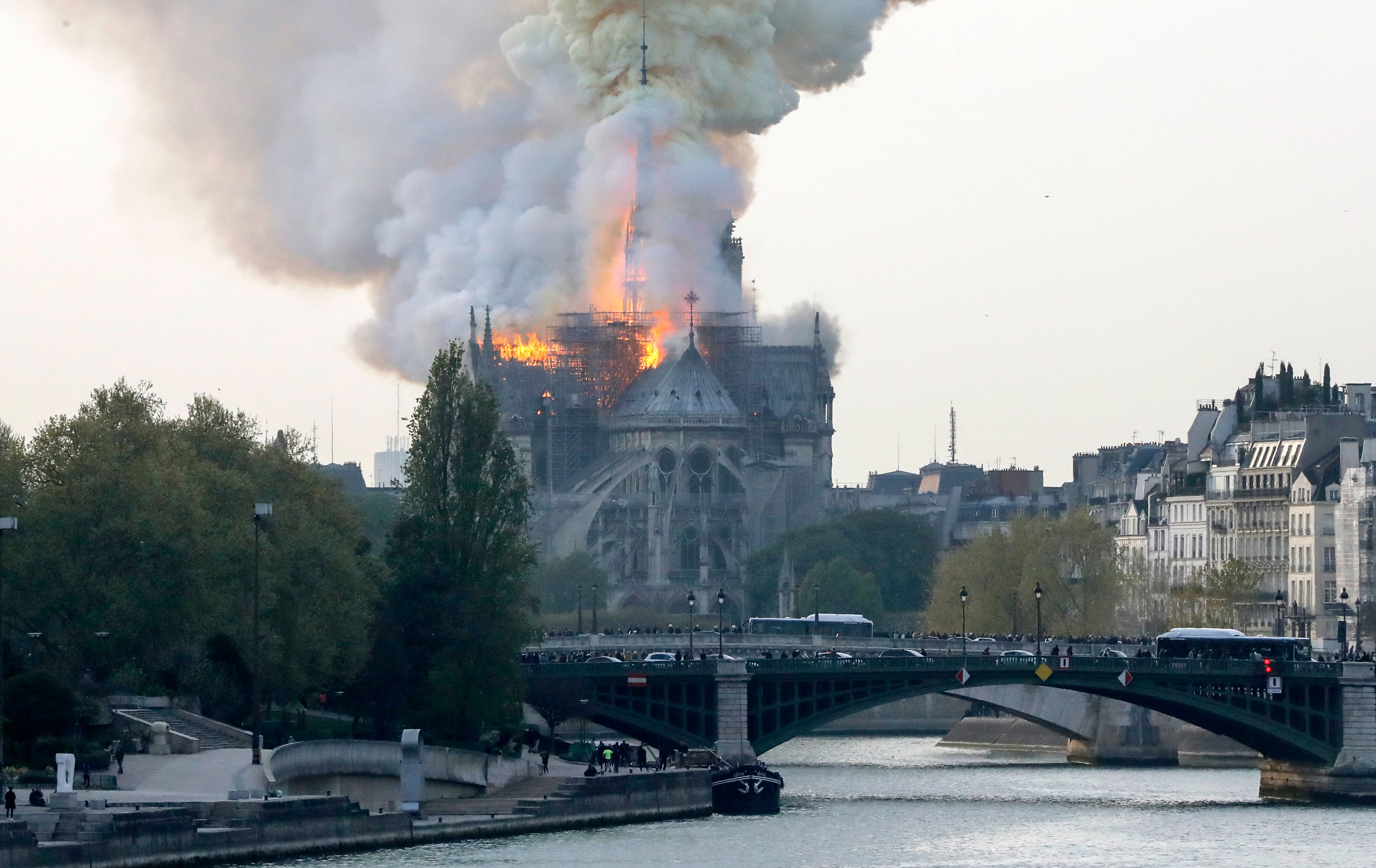 While the world watched in horror at Paris’ historic Notre Dame Cathedral erupting in flames Monday, the fire is only the latest in a series of incidents that have left social media awash in images of heavily damaged churches.

France has been hit with a string of fires at Catholic churches, some of which occurred alongside desecration of sacred objects and acts of vandalism. While the fire at Notre Dame appears to be an accident connected to renovations of the church, the image of the famous spire engulfed in flames is a hard hit on the historically deeply Catholic France, as well as Catholics all over who have seen their religion reeling from devastating scandals, cover-ups and attacks.

While Notre Dame is undoubtedly the most well-known landmark to be affected, Paris’ second largest church, Saint-Sulpice, briefly burst into flames on March 17, the fire damaging doors and stained glass windows on the building’s exterior. Police later reported that the incident had not been an accident.

Paris’ historic Notre Dame Cathedral is only the latest in a string of fires at Catholic churches. Saint-Sulpice church was one of them as it burst into flames on March 17

“The images of flames in Saint Sulpice church this weekend are one more example of the violence committed against Catholics,” said Philippe Gosselin and Annie Genevard of France’s National Assembly, tying the incident into a wider trend of attacks on Catholic places of worship.

Don't jump to conclusions before the facts come out, but keep in mind that churches have been burned across France for the last few months. #NotreDame https://t.co/6P6q20CBIn

February saw a series of such attacks across France. In one incident, a cross of human excrement was smeared on the wall of the Notre Dame des Enfants in Nimes, the vandals also looting the church and spreading consecrated wafers in the garbage.

The same month, the altar at Saint-Alain Cathedral in Lavaur was set on fire, while statues and crosses were smashed throughout the premises. Two teenagers were later arrested in relation to the incident.

In another incident on February 4, a statue of the Virgin Mary was found smashed on the ground at St. Nicholas Catholic Church in Houilles, Yvelines. Just days later, the Eucharist was scattered and the altar cloth soiled at Church of Notre Dame de Dijon.

The attacks come at a time when the Church is hurting for sympathy, enwrapped in child sex abuse scandals that have left even the pope declaring “all out battle” on criminal clergy.

TCC Editor’s Note: Isn’t it strange how this tragic incident happened to occur just days before Good Friday and Easter? 🤔