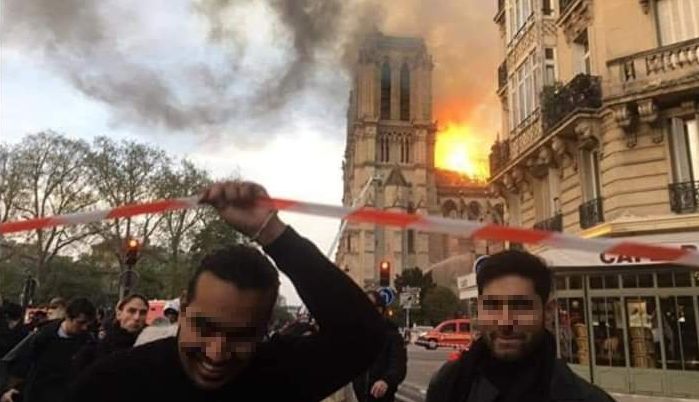 EXPOSED: People REJOICED As The Notre Dame Cathedral Burned Down – Who Or What Was TRULY Behind This Tragic Event?

Let’s start out by asking a few simple questions:

Do you really believe the “official” mainstream media narrative that Notre Dame’s massive fire was simply an “accident” and was maybe even related to the “renovation project” that was taking place?

Or, how about when the French government completes its investigation and also declares it a mishap? President Emmanuel Macron, who is essentially German Chancellor Angela Merkel’s puppet, has allowed his country to be flooded by unvetted foreigners. Are you actually going to trust what he has to say about this particular incident?

Now that those questions are out of the way, let’s move on to a certain demographic (and religion) that celebrated the destruction of the Notre Dame Cathedral. 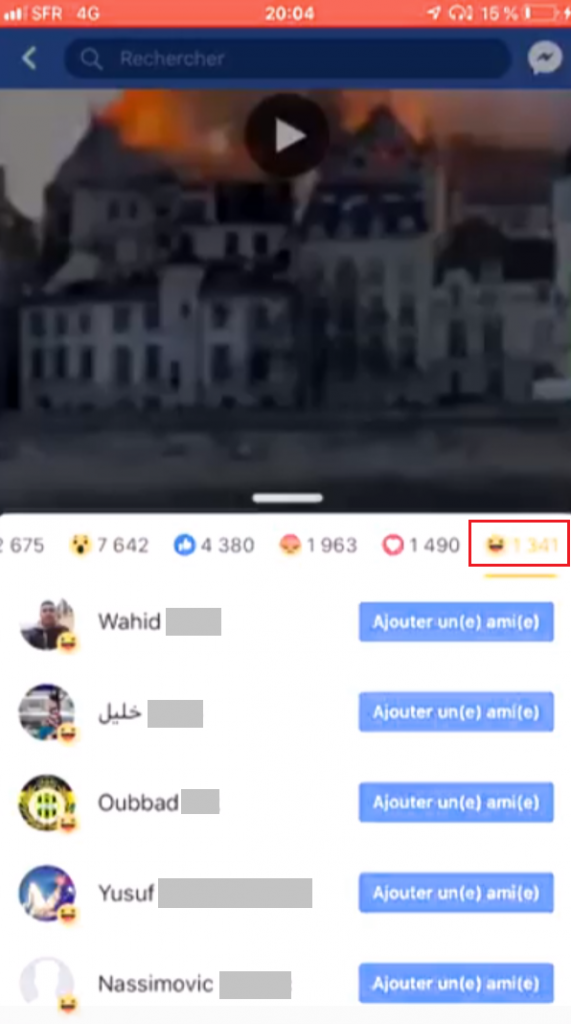 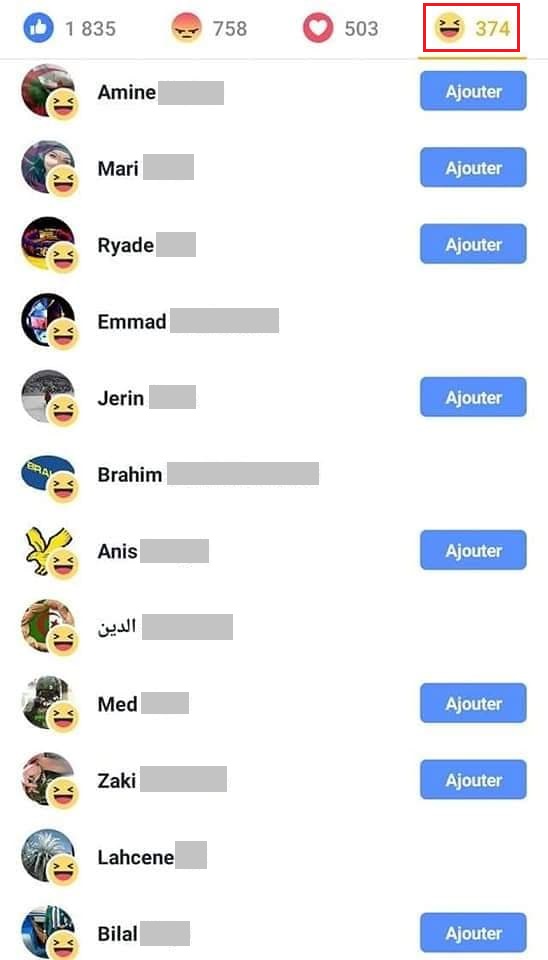 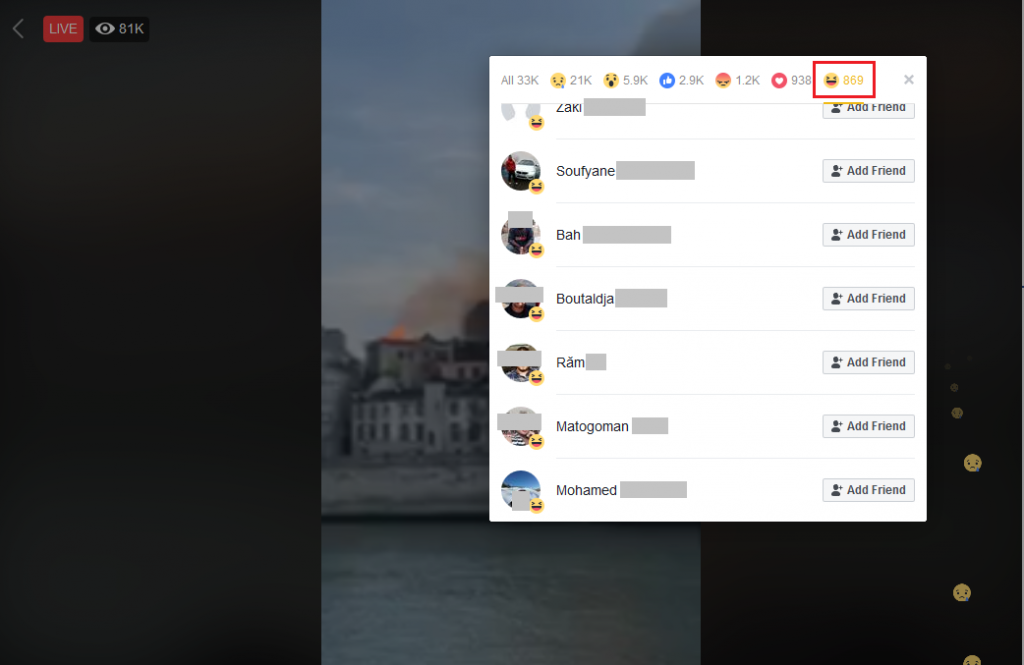 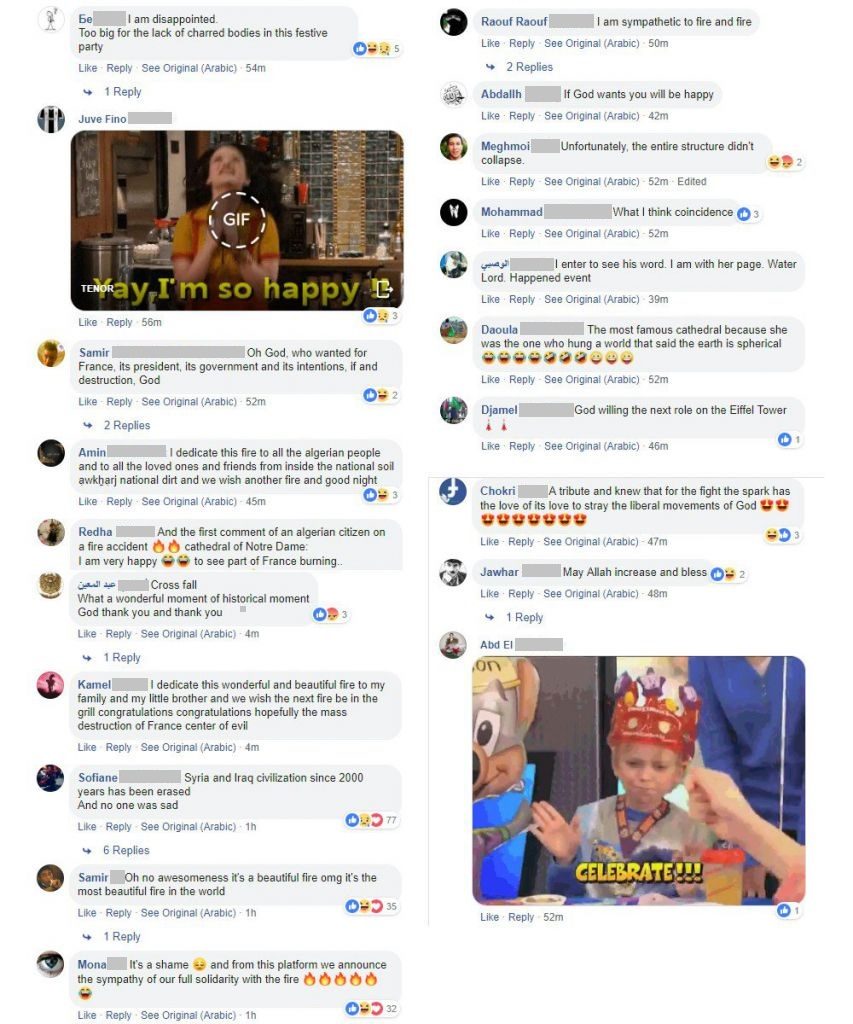 Notice in the last image, multiple people mentioned how they “can’t wait” until another similar event happens…

Next, here are some real life photos that were captured of individuals who appeared to be happy as the ancient and sacred cathedral was set ablaze – 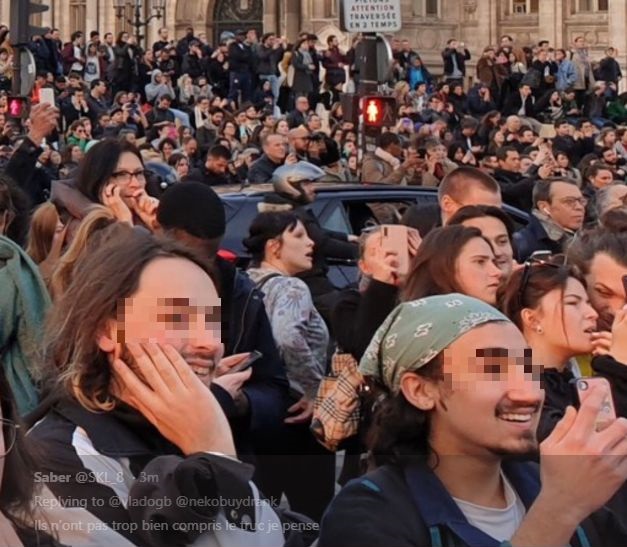 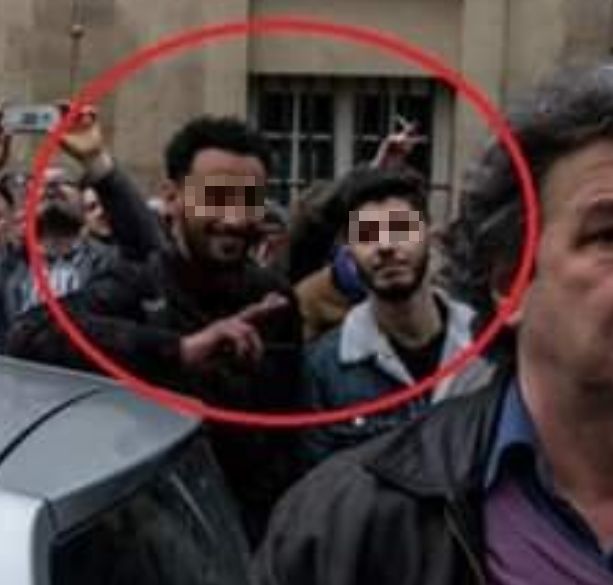 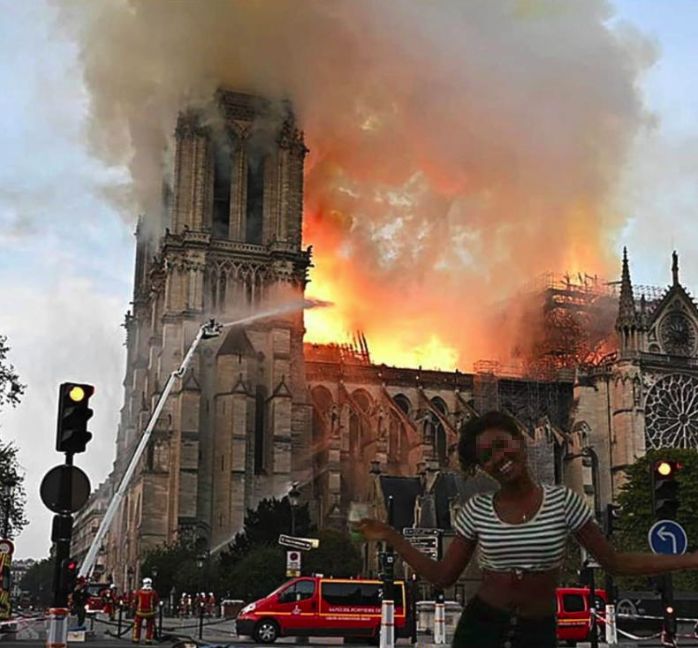 Below is an interesting video showing a man casually walking within the Notre Dame Cathedral itself (on the exterior portion) as it was burning. Some believe it was simply a firefighter or construction worker; others think it may have been someone else (who was possibly involved in starting the fire) –

While you’re here, watch Paul Joseph Watson breakdown the Notre Dame Cathedral fire and how multiple news outlets are already on the defensive about certain “conspiracy theories” floating around (for whatever reason):

Listen to Fox News host Shepard Smith cut off a French elected official as he was talking about the fire:

Imagine if – on 9/11 – an American elected official had been on a French network, discussing the potential for terrorism

That's what Shep Smith did in this interview

According to RT, there has been a recent wave of arson, vandalism and desecration of French Catholic churches:

France has been hit with a string of fires at Catholic churches, some of which occurred alongside desecration of sacred objects and acts of vandalism. While the fire at Notre Dame appears to be an accident connected to renovations of the church, the image of the famous spire engulfed in flames is a hard hit on the historically deeply Catholic France, as well as Catholics all over who have seen their religion reeling from devastating scandals, cover-ups and attacks.

While Notre Dame is undoubtedly the most well-known landmark to be affected, Paris’ second largest church, Saint-Sulpice, briefly burst into flames on March 17, the fire damaging doors and stained glass windows on the building’s exterior. Police later reported that the incident had not been an accident.

“The images of flames in Saint Sulpice church this weekend are one more example of the violence committed against Catholics,” said Philippe Gosselin and Annie Genevard of France’s National Assembly, tying the incident into a wider trend of attacks on Catholic places of worship.

February saw a series of such attacks across France. In one incident, a cross of human excrement was smeared on the wall of the Notre Dame des Enfants in Nimes, the vandals also looting the church and spreading consecrated wafers in the garbage.

The same month, the altar at Saint-Alain Cathedral in Lavaur was set on fire, while statues and crosses were smashed throughout the premises. Two teenagers were later arrested in relation to the incident.

In another incident on February 4, a statue of the Virgin Mary was found smashed on the ground at St. Nicholas Catholic Church in Houilles, Yvelines. Just days later, the Eucharist was scattered and the altar cloth soiled at Church of Notre Dame de Dijon.

So now we ask, what truly happened to the Notre Dame Cathedral? Was it just an unfortunate accident? Or was there a more sinister motive that we will most likely never hear about?

TIME columnist Christopher J. Hale @chrisjollyhale tweeted, “A Jesuit friend in Paris who works in #NotreDame told me cathedral staff said the fire was intentionally set.” and then he deleted the tweet after a few minutes. || #NotreDameFire #mepolitics pic.twitter.com/gPH04JCzSk

Published in Conspiracy, Opinion and World