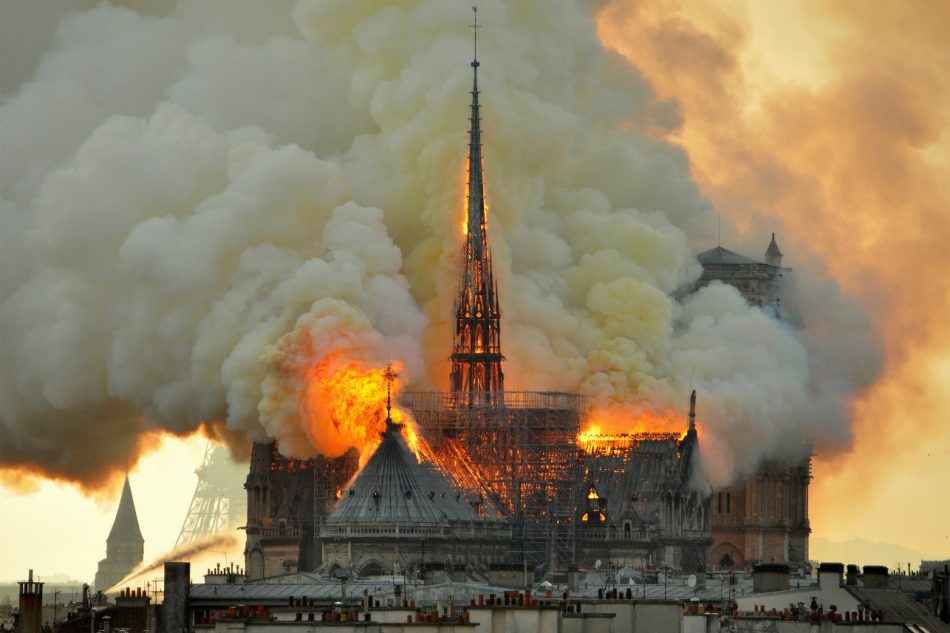 Just days after the roof of Notre Dame cathedral went up in flames, France’s prime minister announced the country will invite architects from across the globe to submit designs for a new spire to top the Paris landmark.

Prime Minister Edouard Philippe said Wednesday the country is seeking “a new spire that is adapted to the techniques and the challenges of our era,” according to France 24.

The 12th-century Gothic cathedral’s spire — which was installed during an 1860s reconstruction — came crashing down when a fire broke out in the building’s roof Monday.

French President Emmanuel Macron on Tuesday pledged to rebuild the fire-ravaged house of worship within five years, saying he wants to make it “even more beautiful than before.”

Almost $1 billion has poured in from donors around the world to help fund the restoration.

TCC Editor’s Note: Here is some more context about the spire’s “redesign contest” from USA Today –

Edouard Philippe said Wednesday that officials will consider whether the new spire should replicate the one that fell in Monday’s blaze or have its own original design.

“This is obviously a huge challenge, a historic responsibility,” Philippe said. “Should we rebuild the spire envisaged and built by Viollet-le-Duc under the same conditions … (or) give Notre Dame a new spire adapted to the technologies and the challenges of our times?”