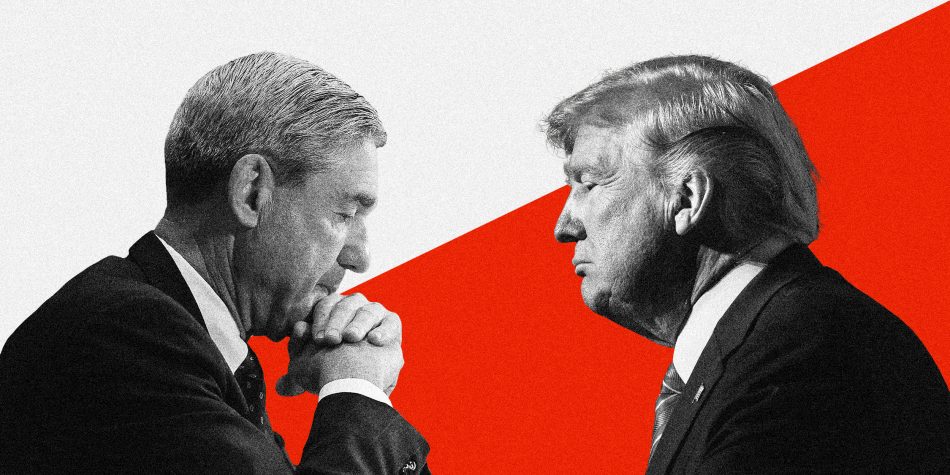 “Oh My God. This Is Terrible. This Is The End Of My Presidency. I’m F*cked.” Here Is The Full Context Of Trump’s Reaction After Hearing About Mueller’s Investigation And The Media’s Attempt At Twisting Its Meaning

Special Counsel Robert Mueller’s ‘Report On The Investigation Into Russian Interference In The 2016 Presidential Election’ was just released and there are many snippets of information contained within it that the deranged mainstream media will use (and are already using) as ammunition to taint President Trump’s reputation, legacy and even his 2020 reelection bid.

As expected, the media is not holding back; in fact, they are joyfully stating things out of context.

In this article, we will show you an example of one such portion of “evidence” located inside the lengthy report. It is titled ‘The Appointment of the Special Counsel and the President’s Reaction’ and is located on page 290 of the justice.gov PDF file: 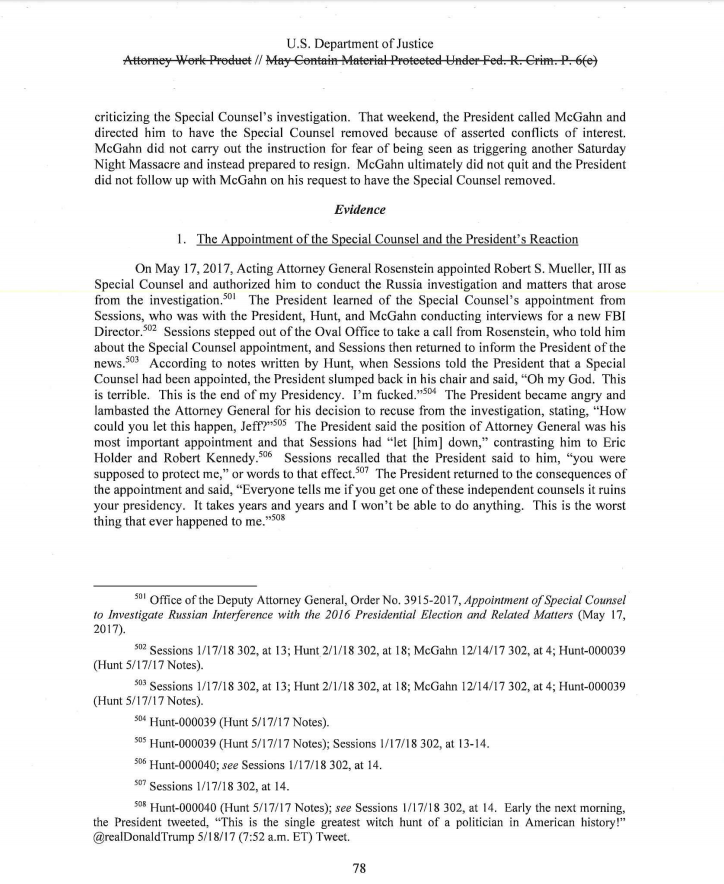 On May 17, 2017, Acting Attorney General Rosenstein appointed Robert S. Mueller, III as Special Counsel and authorized him to conduct the Russia investigation and matters that arose from the investigation. The President learned of the Special Counsel’s appointment from Sessions, who was with the President, Hunt, and McGahn conducting interviews for a new FBI Director. Sessions stepped out of the Oval Office to take a call from Rosenstein, who told him about the Special Counsel appointment, and Sessions then returned to inform the President of the news. According to notes written by Hunt, when Sessions told the President that a Special Counsel had been appointed, the President slumped back in his chair and said, “Oh my God. This is terrible. This is the end of my Presidency. I’m fucked.” The President became angry and lambasted the Attorney General for his decision to recuse from the investigation, stating, “How could you let this happen, Jeff?” The President said the position of Attorney General was his most important appointment and that Sessions had “let [him] down,” contrasting him to Eric Holder and Robert Kennedy. Sessions recalled that the President said to him, “you were supposed to protect me,” or words to that effect. The President returned to the consequences of the appointment and said, “Everyone tells me if you get one of these independent counsels it ruins your presidency. It takes years and years and I won’t be able to do anything. This is the worst thing that ever happened to me.“

There are many citations provided throughout the report, but in this particular section, the most relevant interactions and tidbits of so-called evidence are provided by an individual named Hunt as well as former Attorney General Jeff Sessions:

Many “never-Trumpers” as well as the talking heads on corrupt news outlets, such as CNN, MSNBC, ABC, Washington Post, New York Times and others, would be quick to pause at the portion where Trump reacted to Sessions informing him of the newly appointed Special Counsel by saying “Oh my God. This is terrible. This is the end of my Presidency. I’m fucked.” They would immediately inform their audience this was undoubtedly an admission of guilt when it came to both collusion with a foreign country and obstruction.

Each member of the sideshow circus panels that are regularly featured on these cable news shows would gleefully pat themselves and each other on the back, declaring victory after the 2+ year-long investigation.

They would then continue to read this particular section and point out how the President said Sessions had “let him down,” further amplifying their (false) narrative about Russian collusion and obstruction of justice.

The quote “you were supposed to protect me” would finalize their analysis and again, along with their brainwashed audience, they would all celebrate and probably give each other a round of high-fives.

Unfortunately, these dishonest media puppets will likely never report on the actual context of Trump’s reaction; the most important segment of evidence item 1: 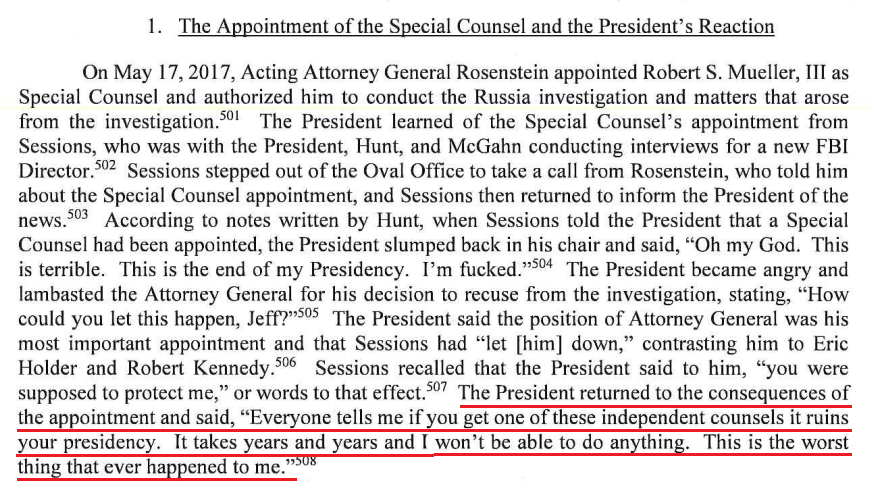 The President returned to the consequences of the appointment and said, “Everyone tells me if you get one of these independent counsels it ruins your presidency. It takes years and years and I won’t be able to do anything. This is the worst thing that ever happened to me.“

You see, Trump knew a biased investigation, such as the one Robert Mueller was conducting, would hamper his goals and campaign promises and put a dent in his legacy as President of the United States.

This had nothing to do with admitting guilt; it was simply a normal human response to the greatest political witch hunt in the history of our country:

This is the single greatest witch hunt of a politician in American history!

It is important to do your due diligence and read the report yourself, which is publicly available, instead of relying on news outlets and commentators (even us) to tell you what to think and believe.

Many things are going to be taken out of context in the days, weeks and months to come.

Another interesting note is how throughout Mueller’s report, he repeatedly cited these biased news outlets as “official” sources of information, even in the age of ramped up “fake news” and yellow journalism…

There are many, many more examples.