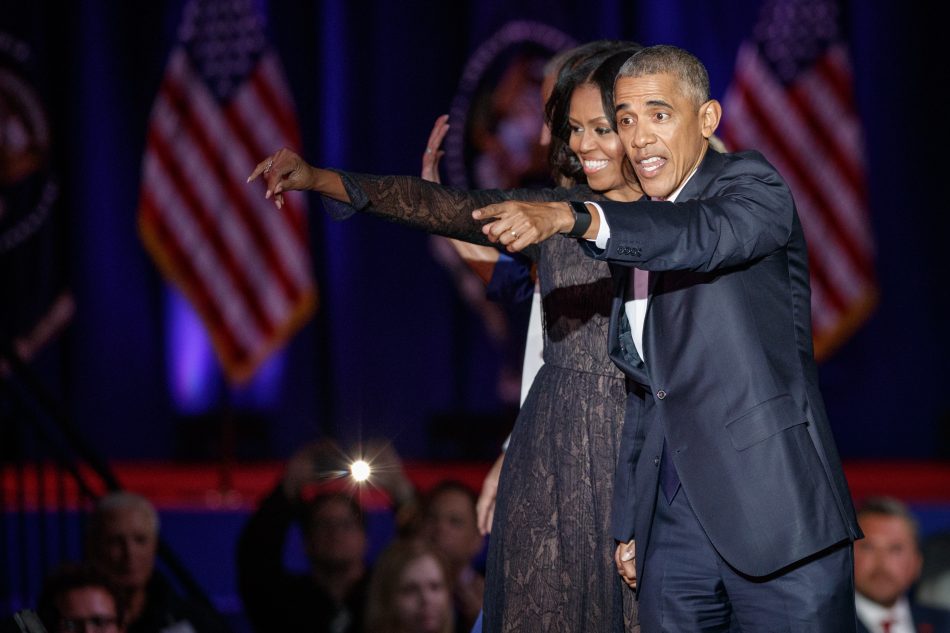 STRANGE: The Obamas Sign Multi-Year Contract With Netflix; They Plan On Producing Television Shows And Movies, Some Of Which Will Cover Topics Like “Eternal Life-Giving Flowers” And Cannibalism…

The Daily Caller recently reported on former President Barack Obama and his wife Michelle making an announcement regarding a list of seven entertainment projects, all in collaboration with Netflix, through their new company Higher Ground Productions.

The Obamas signed a multi-year deal with Netflix last year in which they agreed to produce both television shows and movies. Netflix reportedly has an international audience of around 148 million, which will give Higher Ground Productions quite a large reach.

According to The New York Times, the former president stated he and his wife have no intention of using their new platform to criticize Donald Trump, although some have their doubts due to the Obamas’ past behavior since the POTUS took office in January 2017.

In a statement, Barack Obama said his family’s new projects will touch “on issues of race and class, democracy and civil rights and much more” and he believes “each of these productions won’t just entertain, but will educate, connect and inspire us all.”

He then went on to explain exactly which topics some of his productions will cover. The Daily Caller reports:

The assortment of movies and TV shows include topics on death, disabilities, industrial plants, eternal life-giving flowers, and a food series with a title encouraging children to eat their parents.

Regarding the last two productions – eternal life-giving flowers and the food series that encourages children to “eat their parents” – The Daily Caller explains:

“Bloom” is a drama series set in New York after World War II and will be released in 2019. The series tells a tale of a magical plant that restores youth, exploring “barriers faced by women and by people of color in an era marked by hurdles but also tremendous progress.” Bloom is produced by “Thelma & Louise” writer Callie Khouri.

“Listen to Your Vegetables & Eat Your Parents” is also in the works, which is a half-hour series designed for preschoolers that will “take young children and their families around the globe on an adventure that tells us the story of our food.”

Some other titles include:

Published in Entertainment and Weird