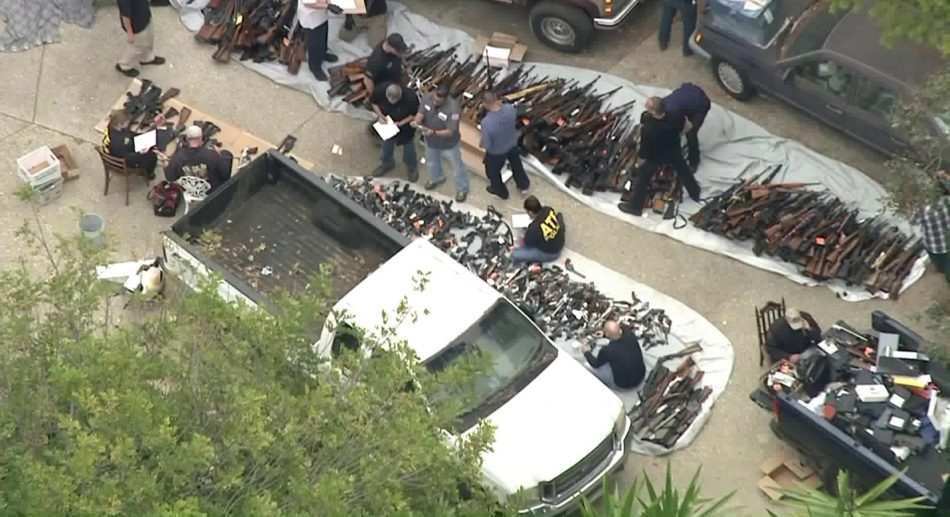 1,000+ Guns Discovered In Bel-Air Area Home During Police Investigation Into ‘Illegal Selling And Manufacturing Of Weapons’

A joint LAPD and Bureau of Alcohol, Tobacco, Firearms and Explosives (ATF) investigation at a Bel-Air area home Wednesday revealed a cache of more than 1,000 guns.

A gun raid in Holmby Hills on N Beverly Glen yields over 1000 guns according to @LAPDHQ @KTLA pic.twitter.com/gBe4sVs5eq

Los Angeles Police Officer Mike Lopez told local station KTLA that a search warrant was being served at around 4am this morning in the 100 block of North Beverly Glen when they found the large number of firearms.

Aerial footage showed police officers and federal agents examining hundreds of guns that had been placed in the courtyard area of the home:

The cache of weapons included various long guns and handguns, video from Sky5 showed. The home is in an upscale area of multimillion-dollar homes.

Public property records for the address being searched indicate it’s a five-bedroom, 8,200-square-foot home that last sold in 2001. Its value is estimated at more than $7 million, according to real estate website Redfin.com.