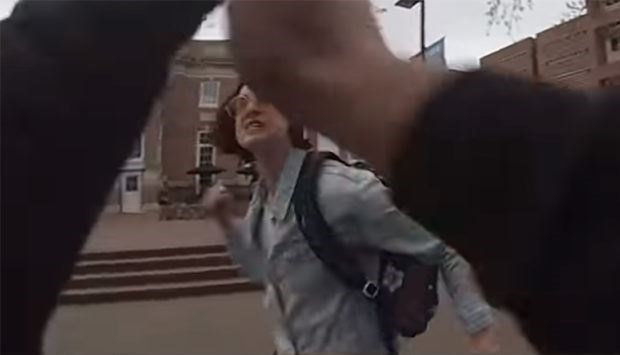 We’re often told that the right are the scary, violent people who we as a society should consistently watch out for, and yet it’s the radical left that continues to demonstrate that their violence is the real threat.

This was demonstrated quite recently by the University of North Carolina at Chapel Hill when a woman approached a couple of pro-life men with a sign on campus. The woman asked the men if the sign was theirs and immediately began pummeling and kicking one of them.

The two men remained very calm throughout the attack, with one of the men calling the police. As he did so the woman began screaming at them about how they were horrible people and that the sign they were displaying was “triggering.”

The police arrived and informed the two men that while she wasn’t being put in handcuffs she was being arrested via citation and charged with a misdemeanor.

Published in Crime, Opinion and U.S.