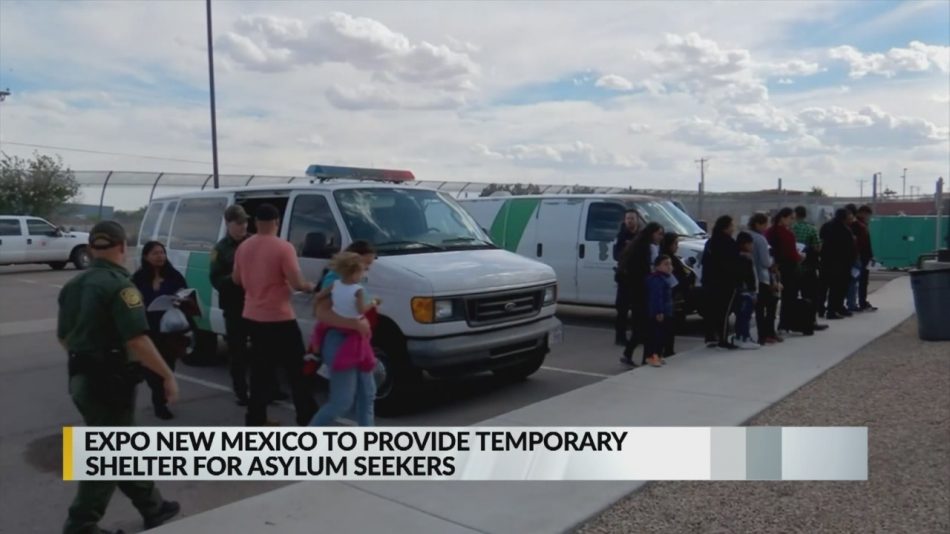 Kids in a state 4H club who were planning on attending a four-day horse riding course and expecting to use temporary accommodations at the Expo New Mexico Convention Center were denied access to the center because of the “recent rush” of asylum-seekers entering the U.S.

Dr. Donny MacDougall, a parent of one of the 4H club children, said his daughter “was in tears” over the sudden change.

“We were extremely disappointed when we have a quality facility like Expo New Mexico and the rug gets ripped out from under our kids’ feet.”

KRQE reports just days ago, parents received a letter explaining the camp would now be held in Las Cruces because the state wants to use the dorms to help asylum-seekers entering the U.S.

“A different venue is a challenge for a lot of parents. It will cost more money and be more difficult logistically to get the kids there,” MacDougall says.

Parents worry the horse riding course is just the first of many events at Expo that will have to be moved or canceled.

Woods continued: “[This is] the first wave of many waves unless our governing bodies do something to figure out how to control it in a better way.”

According to Breitbart, a local official defended the city’s decision to force out the 4H club children in favor of incoming migrants:

“The city says this was an opportunity to save money for the [pro-migration] organizations that help the asylum seekers.”

Office of Immigrant and Refugee Affairs spokesperson Mariella Ruyz-Angel said, “Right now, many of these [pro-migration] groups host asylum seekers at hotels and places of worship, and so as great as that is for right now, it’s not something that is sustainable. It’s very costly for these groups.”

The Expo New Mexico Convention Center can house up to 240 migrants.

City officials say parents have until May 15 to apply for a refund if they can’t make it down to Las Cruces for the event.