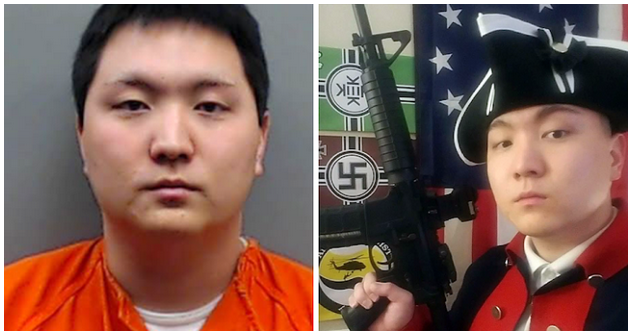 Yoo was found guilty on November 15, 2018 of seven counts of false statements regarding firearms transactions and one count of unlawful possession by a prohibited person, according to CBS19 News.

The Department of Justice said the man is a legal immigrant who was studying at UT-Tyler, but falsely identified himself as a U.S. citizen in order to buy guns on several occasions.

“At multiple schools where he had attended, administrators had worried about his increasing threatening behavior. And when you mix in his history of mental issues and that he was lying to get access to firearms, the situation could have ended badly.”

In both 2013 and 2015, Yoo was involuntarily committed to mental institutions in the state of New Jersey.

During his arrest, Yoo was found to be in possession of multiple firearms, firearm accessories and ammunition.

The man also has a criminal past, which includes charges of aggravated assault with a deadly weapon and trespassing.

Following his sentence, Yoo will be forced to surrender to immigration officials for deportation to his home country, South Korea.

Watch a re-uploaded video of Yoo pointing a gun at the camera, singing along to an old Confederate(?) song and saying “F*ck Black Lives Matter”: