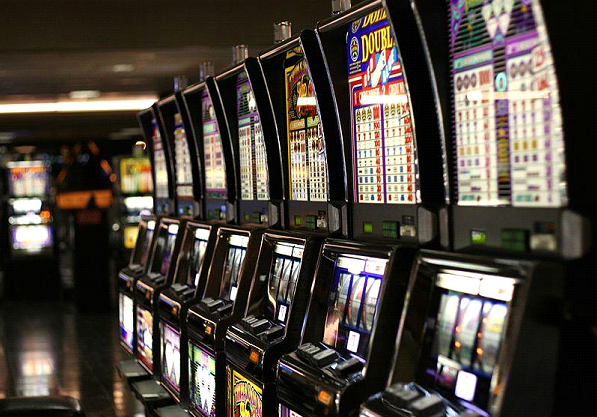 US Online Gaming Laws: State Legislators Up The Ante

Online gaming and sports betting have been in and out of the news for quite some time now. But after the Supreme Court ruled last year that any state that wishes to do so can legalize sports betting, it seems that those who want to bet online will finally get their wish. Well, of course, that depends largely on in what state they reside.

It’s critical to note that the legal implications of the online industry depend a great deal on the legality of its live or “real world” counterpart. For instance, if we take a state like Nevada where gaming has a long and storied history, legislation for online gaming and sports betting was quite easy to achieve. But what about the other 49 states?

So where can you play online poker?

New Jersey led the way with gaming giants such as 888poker establishing their online poker base in the state. They weren’t the first to legalize sports betting, but the state’s eagerness to embrace the online industry made it one of the most attractive options for providers to set up their U.S. HQ. Known as the go-to East Coast state for live casinos, it made sense that they would be one of the first to introduce legislation that allowed people within the state to play online poker and other casino games.

The other four states that also allow online poker are Nevada (obviously) Delaware, Pennsylvania and West Virginia, who only recently passed legislation. Now, this is where it gets tricky. You can currently play online poker in Nevada, New Jersey and Delaware, but both Pennsylvania and West Virginia are likely to wait until later in 2019 before beginning their online operations.

Although all five states allow or have plans to allow online poker and people anywhere in the U.S. can access certain online casinos based there, the legislation only allows players who reside in that state to play. So, people who want to play but who usually reside in another state will find setting up an account and depositing or withdrawing money much harder. Such is, of course, entirely understandable, as neither the casino providers nor the state wants to see any would-be poker players find themselves inadvertently breaking any laws.

But what about the Wire Act?

If you watch the news, then there’s a good chance you’ve heard the Wire Act mentioned quite a lot in recent months. That’s because the Wire Act will have a huge influence on the current and future legislation for online sports betting and gaming. And it has caused something of an uproar in the industry recently.

Originally, the act was to counteract the movement of funds from one state to another or even overseas. It came about in the 1950s and was an absolute necessity at the time in relation to sports betting. But, of course, that was long before the dawn of the internet, and so, some interpretations of the act were necessary when online poker and casino games came into existence.

In 2011, the State of New York requested clarification as to whether the act covered casino games and poker. The Department of Justice declared that the act only covered sporting events and contests, and so, the online gaming industry received the green light. The online poker industry was reborn in the U.S., and everyone associated with the game was happy.

But then in 2019, the Department of Justice reviewed their interpretation. Their new opinion now considers the Wire Act to cover all forms of online gambling and not only sports betting. However, they forgot one crucial thing in this new stance: state lotteries. The new interpretation caused widespread panic as states fretted over the potential loss of massive tax revenues from their lotteries.

The Department of Justice moved quickly to clarify that state lotteries would not experience any adverse effects, but where does this leave online poker? State legislators have reacted by upping the ante and placing both state lotteries and online casinos in the same category. As the Department of Justice deems certain casino games to be games of chance, some legislators assert that this should mean similar treatment in the same way as lotteries. It’s a big gamble but one that could pay off.

As we mentioned earlier, the legality of sports betting will have a huge effect on the online poker industry. So, with this in mind, let’s take a look at which states look set to push through legislation for sports betting. In theory, these should be the most likely candidates for future legislation on online casinos.

There are other states who are making moves toward the legalization of sports betting, and it’s conceivable that within the next two to five years, there will be as many as 44 states that will have sportsbooks within state limits. How they approach mobile access to the books is anyone’s guess, but in this age of smartphones and tablets, it seems logical that most if not all will eventually allow it. From there, it’s not the greatest of leaps to online casinos and poker, and while it may take some time, it’s likely that quite a few more states will join the original five we mentioned earlier.

With certain state legislators upping the ante and throwing their lot in with online poker, the future looks bright for the U.S. online casino industry. And while there are still some big decisions to make, it’s looking quite positive for online players. Could we see online poker on a nationwide scale? With the exception of Utah, yes, it’s entirely possible, but a lot depends on the new review of the Wire Act, which should become public in the summer of 2019.