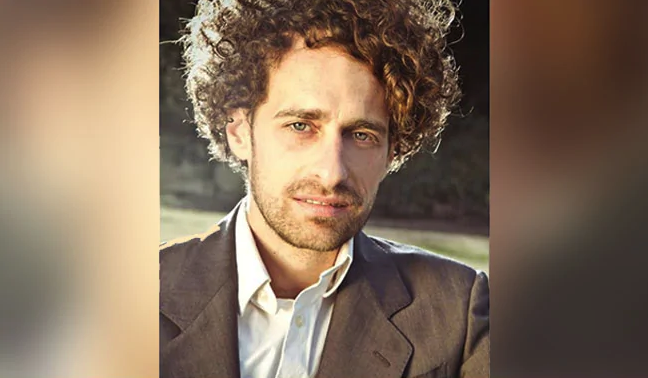 The Death Of Isaac Kappy: Was It Really A Suicide Or Is There More To The Story?

Actor Isaac Kappy died on Monday after he reportedly “forced himself off” an I-40 bridge in Arizona and was hit by an oncoming pickup truck.

Multiple outlets have reported on Kappy’s alleged “suicide,” with quite a few going into very little detail about the event. Others provided more information, but stopped short of investigating whether or not there is more to the story than what we are being told by authorities.

On the day of Kappy’s death, local outlet Arizona Republic reported the following:

Arizona Department of Public Safety officials said the 42-year-old died at the scene after jumping off the Transwestern Road bridge and onto I-40 about 7:30 a.m. The bridge is in the unincorporated Bellemont community west of Flagstaff.

The Republic provided no further details about the actual incident, but instead went onto describing the various small roles Kappy played in major blockbusters such as ‘Terminator Salvation,’ ‘Fanboys,’ ‘Beerfest’ and ‘Thor.’

Fox News published a more in-depth article, citing the two teens who had tried to help Kappy “were unsuccessful” and that, after he had jumped, they saw him being struck by a passing vehicle.

Fox then went onto discussing the last video the actor posted online. They described it as “disturbing,” while others called it “haunting.”

Here is a reupload of the video (originally posted on May 10; three days before he died):

Although Kappy’s Instagram account has since been removed, the Daily Mail managed to snag screenshots of the message in which he made a “scathing assessment” of his own character. See below: 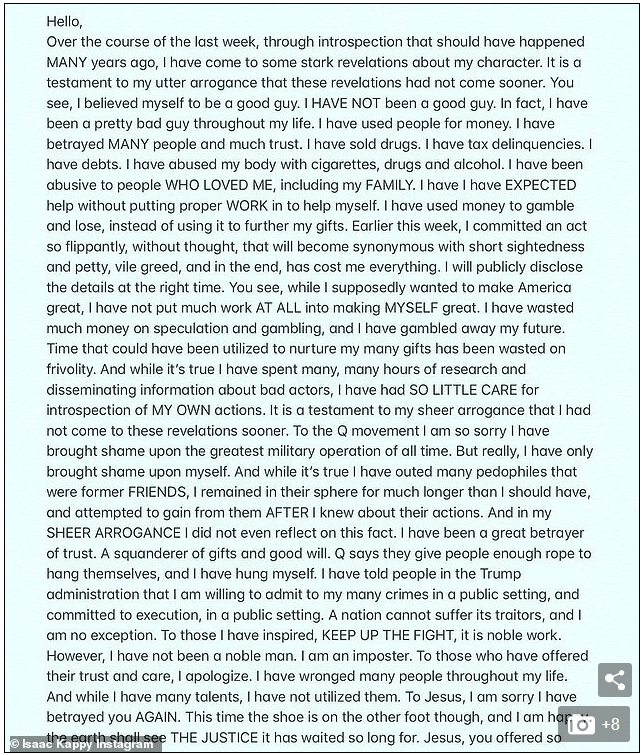 The article’s author outlined the information we’ve gone over already, but added how Kappy had previously appeared on Alex Jones’ Infowars and “trafficked in conspiracy theories.”

[He] had been vocal about accusing Hollywood luminaries, like Tom Hanks and Seth Green, of participating in pedophilia rings.

The author then reported how in the following 24 hours after Kappy’s death, many on the internet “began asserting, without any solid evidence, that Kappy had in fact been murdered” because of “the things he had said about Hollywood and pedophilia.”

Indeed, a check of YouTube reveals numerous videos, posted in the 24 hours after Kappy’s death, alleging foul play in the actor’s death.

There has, however, been no indication from any public reporting, or comments from police, that Kappy’s death is being investigated as anything other than a suicide. And to believe the conspiracy is to believe that police and public safety officers, in multiple jurisdictions in rural Arizona, would have any interest in covering up the supposed crimes of Hollywood pedophiles.

But, as we have seen time and again, many so-called “conspiracy theories” have turned out to be true.

Think: the ‘Deep State‘ or ‘#MeToo Movement‘ (which involves Hollywood elites who have used their power and influence to satisfy their own sexual needs).

Yes, #MeToo was just a conspiracy theory for a long time – particularly when it involved child actors. Not anymore.

Is it too far fetched to believe Kappy’s death was perhaps not a suicide, but something else? After all, in his last video, he plainly stated, “I’M NOT SUICIDAL!” not just once, but twice.

Twitter account @FiremanMedium pointed out how someone in the livestream chat told Kappy to “wink twice if [you’re] doing this under duress.” He apparently did:

#IsaacKappy was under duress. He blinks twice on cue. pic.twitter.com/FYBbrOC4Rw

Some have claimed that many videos, articles and even posts on anonymous image boards questioning the mainstream narrative about Kappy’s death have been swiftly deleted.

After popular YouTube user Body Language Ghost analyzed Kappy’s final video, and specifically pointed out how his dog was “definitely upset by it all,” a viewer said he hopes “they don’t block THIS one”:

One popular thread on 4chan, which is surprisingly still active (as of the posting of this article), is digging into what may have been the final nail in the coffin for Kappy.

The original post (OP) is titled ‘RIP Isaac Kappy’ and includes the message:

This is the pattern you’re looking for.

One user has speculated the pattern comes from tile located in a private hammam:

The .webm they are referring to has reportedly been scrubbed from the internet, but allegedly features footage of very young children wearing scanty attire in a bath house.

Some believe shortly before his death, Kappy may have shared this particular video on Twitter or another social media platform to spread awareness.

Redacted/censored screenshots from the video can be found in the thread (archive link).

Here is one in particular that appears to show the exact pattern the OP was referring to:

Another user believes the pattern is used on altars dedicated to child sacrifice:

I’m sure it’s an altar where they sacrifice the children, but I don’t know where [the symbol is] from. It could be the hagall rune (like the ******* logo). In that case it’s Perun (another fallen angel like Baal/Ishtar). The drains are not only for water but blood.

The same person who discovered where the pattern allegedly originated from also provided a timeline of the current narrative being pushed regarding Kappy’s death:

– Kappy pulls over at DAYS INN near TUCSON, AZ where his car is eventually found

– Case closed by TPD, CHP and article published within 24hrs

Considering the kind of research he conducted, the topics he discussed and the information he knew about Hollywood executives and other powerful and influential people, it would seem the public deserves a more detailed explanation from authorities regarding Isaac Kappy’s tragic death.