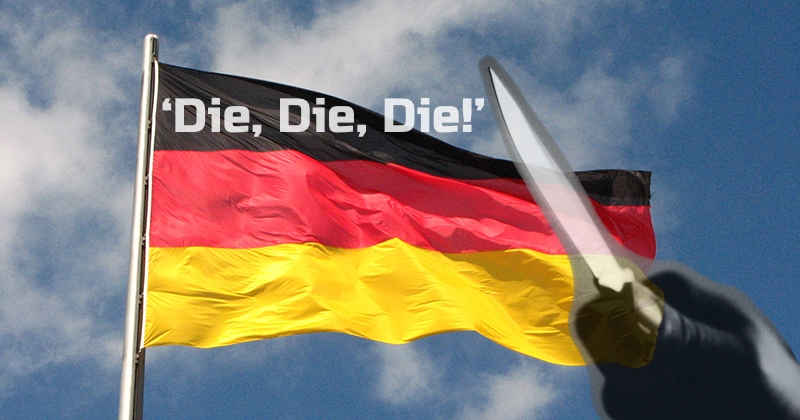 An asylum seeker from Eritrea, who seriously injured an 11-year-old boy with a knife, was seen in court last week in Passau, Germany.

26-year-old Abdulrahman M. stabbed the 11-year-old son of his host family several times in July, 2018. The family had taken him, as well as other asylum seekers, into their apartment building in Vilshofen, Lower Bavaria, according to the Bild newspaper.

One day, when the Eritrean was alone with the boy, he reportedly pushed him to the ground and stabbed him multiple times with a knife he was carrying in one of his pant pockets. During the violent episode, Abdulrahman is said to have shouted “Die, die, die!” German news outlet Junge Freiheit reports the man also “violated” the boy.

The family dog, a terrier hybrid, saved the child’s life when it bit the attacker. Afterwards, the boy was able to free himself and ran to the street where he was pursued by Abdulrahman. Luckily, several motorists stopped when they saw the commotion, resulting in the suspect giving up the pursuit.

The boy survived, but suffered cuts to his neck, arms and legs and had to undergo surgery.

According to German news outlet Welt, the 26-year-old had originally planned on causing harm to the mother of the boy after she allegedly hacked his cell phone and shared a nude video of him online.

“That made me crazy in my head,” he said on Wednesday in front of the district court of Passau.

“It’s not possible for a woman to see a Muslim naked. It has to be punished with death.”

During an interrogation, Abdulrahman told police the devil had ordered him to carry the knife.

The 11-year-old victim has since suffered from post-traumatic stress disorder (PTSD) and can therefore no longer participate in school lessons. The boy’s mother said, “We always helped Abdulrahman. We don’t understand why he did this to us.”