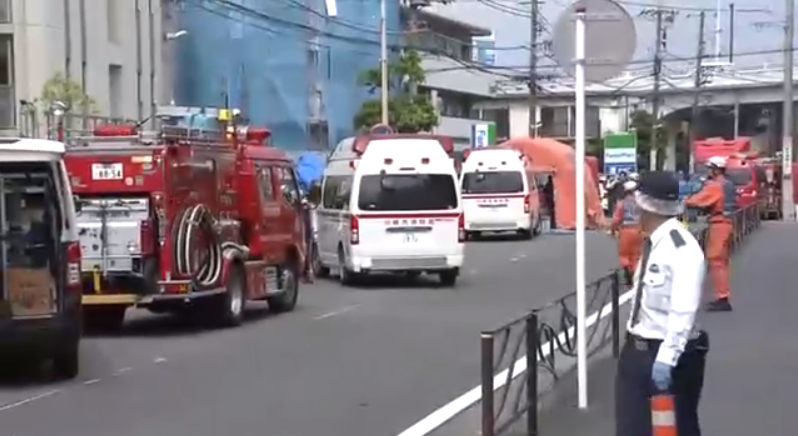 Police in Kawasaki City, Japan have reported 15 children and 7 adults were stabbed at Noto No. 1 Park at around 7:45am local time on Tuesday. Authorities said they apprehended a man believed to be responsible for the stabbing. Two knives were found in his possession.

According to news outlet NHK, members of the city’s fire department rushed to the grizzly scene and treated multiple people who had life threatening wounds. They established a triage to determine the “priority of transport” according to the degree of injuries the victims sustained. A nearby hospital was then alerted of the incident and emergency vehicles arrived shortly after with the injured.

An elderly woman who lives close to the park said she knew something had happened because she heard “sirens ringing” at around the same time of the stabbing.

“When I went out, I was surprised there was no particular change in the park,” the woman said. “The park is a place where children are often seen playing.”

A male staff member from Caritas Elementary School in Tama Ward, Kawasaki City told reporters he believes some of the injured children attend the school.

At this time, no motive has been established.