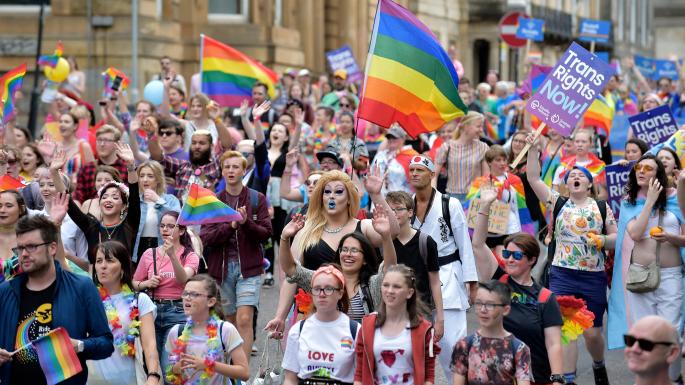 On Friday, the World Health Organization (WHO) approved of legislation that drops ‘transgenderism’ from its list of mental disorders. The decision was described as having the “potential to liberate trans and non-binary people worldwide” and may trickle down from the international stage to national policies.

Metro reports an “evolving scientific understanding of gender” along with numerous advocates and transgender activists from around the world who had “spoken up for the lives of trans people” were instrumental in seeing the new law passed.

“The WHO’s removal of ‘gender identity disorder’ from its diagnostic manual will have a liberating effect on transgender people worldwide.

“Transgender people are fighting stigma and discrimination that can be traced in part to medical systems that have historically diagnosed expressions of gender non-conformity as a mental pathology.

“But it’s the stigma, discrimination, and bullying—and not anything inherent in gender nonconformity—that can inflict mental health problems in transgender people.”

Transgender Europe, a network consisting of “different organizations of transgender, transsexual, gender variant and other like-minded people to combat discrimination and support trans people rights,” reports citizens in the United Kingdom must still undergo a mental health diagnosis in order to change their “gender marker.”

Various groups in the UK have recently campaigned to follow the lead of neighboring European countries, such as Ireland, France, Greece, Portugal and Norway, which permit individuals to self-identify their gender.

In America, trans rights vary from state to state. In California, for example, people can apply for a new ID card or driver’s license through self-certification. At the other end of the spectrum, states including Ohio will not change a person’s gender on their birth certificate under any circumstance, according to Metro.