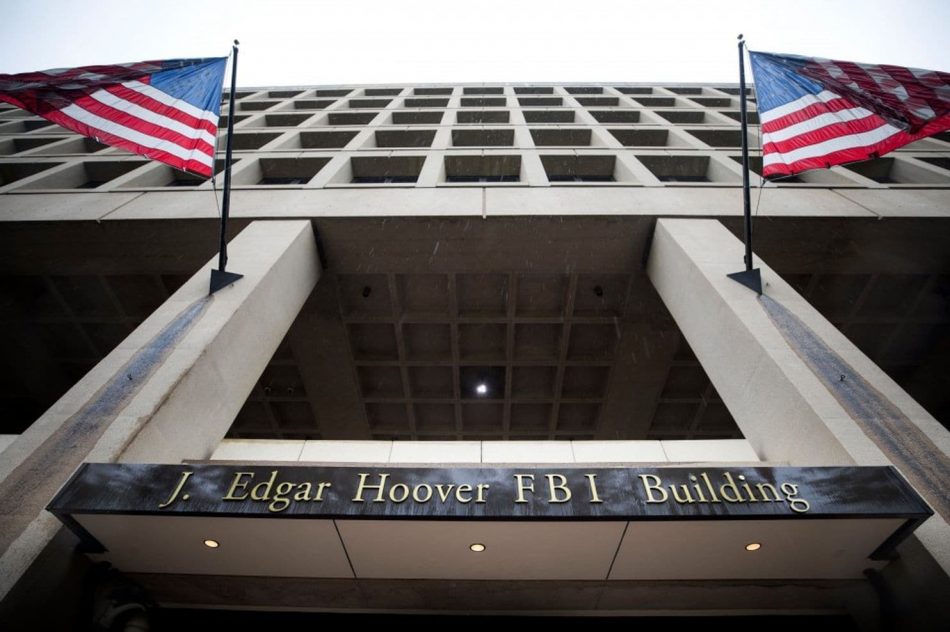 In an investigative summary report released on May 29, 2019, the Office of the Inspector General determined an unnamed former FBI Deputy Assistant Director illegally leaked court documents, disclosed “sensitive information” and took a gift from the media.

Full text from the report:

The Department of Justice (DOJ), Office of the Inspector General (OIG) initiated this investigation upon the receipt of information from the Federal Bureau of Investigation (FBI), alleging that a then FBI Deputy Assistant Director (DAD) had numerous contacts with members of the media in violation of FBI policy. Additionally, it was alleged that the DAD may have disclosed law enforcement or other sensitive information to the media without authorization. This matter is among the OIG investigations referenced on page 430 of the OIG’s Review of Allegations Regarding Various Actions by the Department and the Federal Bureau of Investigation (FBI) in Advance of the 2016 Election (June 2018; https://www.justice.gov/file/1071991/download).

The OIG investigation concluded that the DAD engaged in misconduct when the DAD: (1) disclosed to the media the existence of information that had been filed under seal in federal court, in violation of 18 USC § 401, Contempt of Court; (2) provided without authorization FBI law enforcement sensitive information to reporters on multiple occasions; and (3) had dozens of official contacts with the media without authorization, in violation of FBI policy.

The OIG also found that the DAD engaged in misconduct when the DAD accepted a ticket, valued at approximately $225, to attend a media-sponsored dinner, as a gift from a member of the media, in violation of federal regulations and FBI policy.

Prosecution of the DAD was declined.

The OIG has completed this investigation and is providing this report to the FBI for appropriate action. 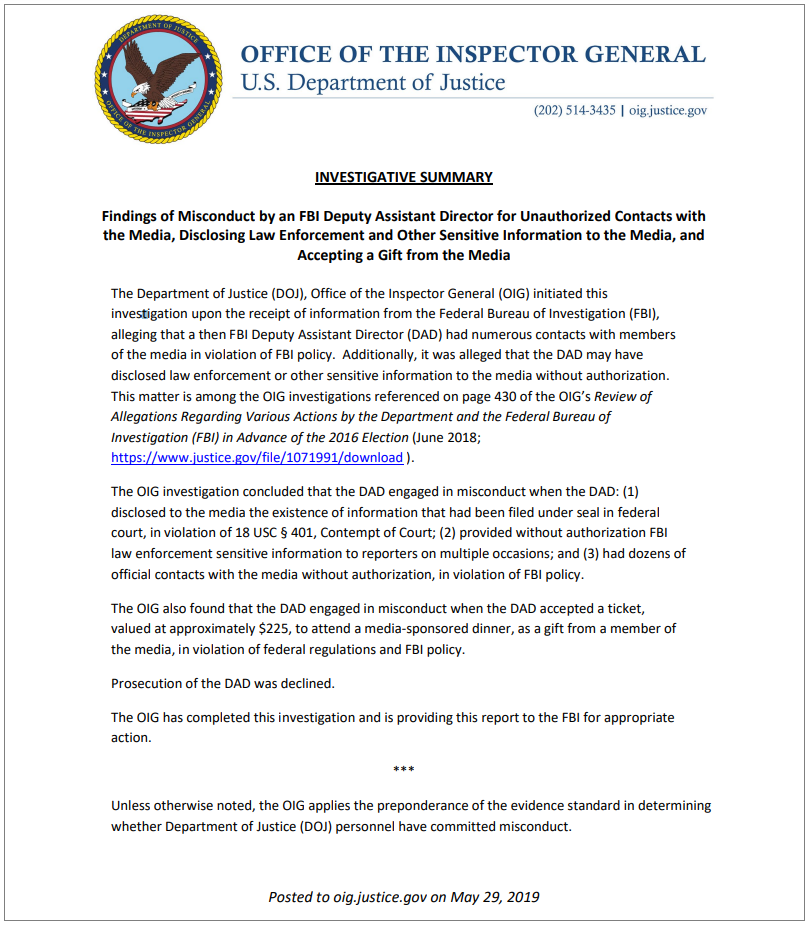