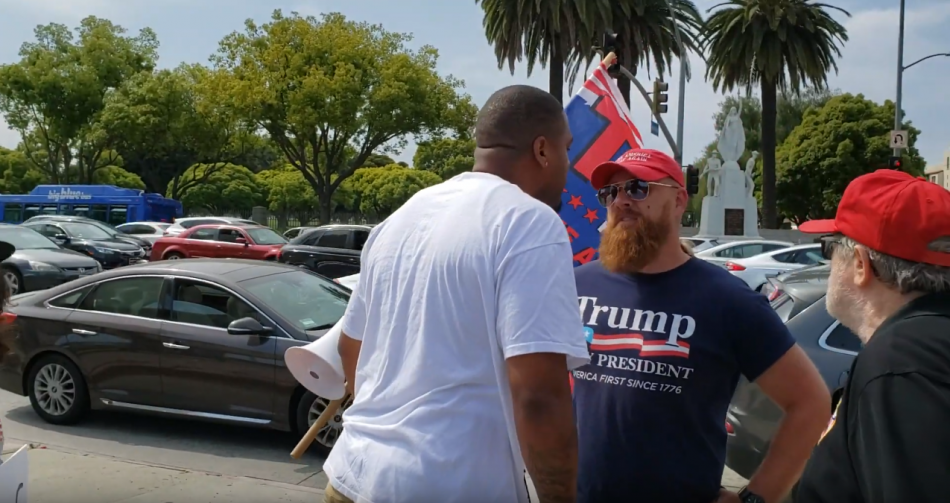 A man who apparently suffers from an extreme case of Trump Derangement Syndrome (TDS) started acting very aggressively at a pro-gun rally in L.A. on Sunday.

In a video recorded by YouTube user ‘zacharias abel,’ the person could be seen confronting multiple people wearing ‘Make America Great Again’ hats on a street corner and verbally challenging them to a physical altercation. He even went to the extent of spitting in a woman’s face.

As the event unfolded, a skirmish between other attendees broke out, resulting in one man being hit on the head with a skateboard.