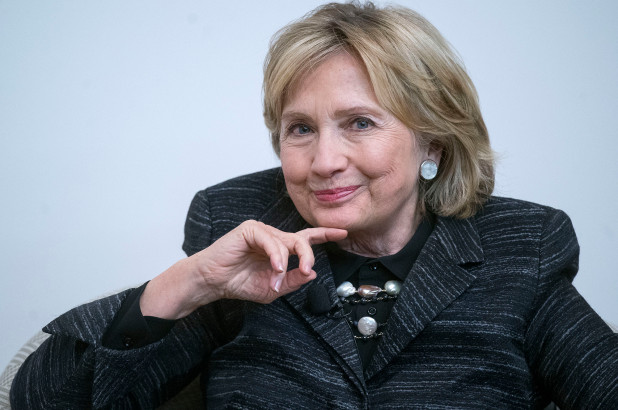 It has been 18 months since the American people learned that Hillary Clinton and the DNC paid for the phony Russia dossier that was used to spy on Donald Trump during the 2016 presidential election, yet Hillary still hasn’t answered any questions about the scandal.

Hillary Clinton even tried to hide the payments to Christopher Steele by funneling payments to him through her campaign’s law firm, Perkins Coie who in turn paid oppo research firm Fusion GPS — Fusion GPS then hired Steele to compile the dossier.

In January of 2018, the Senate Judiciary Committee, chaired by Grassley at the time, sent Joel Benenson, the Chief Strategist for ‘Hillary for America’ a letter demanding answers about the funding and motivation behind the dossier.

Senators Grassley and Graham asked Mr. Benenson to respond to 12 questions about Hillary and her campaign’s involvement in commissioning the Steele dossier.

“Prior to the Washington Post‘s article in October of 2017, were you or anyone else at Hillary for America aware of Mr. Steele’s efforts on behalf of the Clinton campaign to compile and distribute allegations about Mr. Trump and the Russian government? If so, when and how did you first learn of his activities on the campaign’s behalf? Please provide all related documents.” the lawmakers demanded a year and a half ago.

The Republican lawmakers also asked Hillary’s campaign if they received any memos from Steele about Donald Trump.

“Did you or anyone else at Hillary for America receive other memoranda written or forwarded by Mr. Steele regarding Mr. Trump and his associates that were not published as part of the Buzzfeed dossier? If so, how and when? Please provide all related documents,” Grassley and Graham wrote.

It appears that once again Hillary Clinton is above the law because it has been 18 months since the Senate Judiciary Committee demanded answers and documents from Hillary’s camp and they still have not responded.