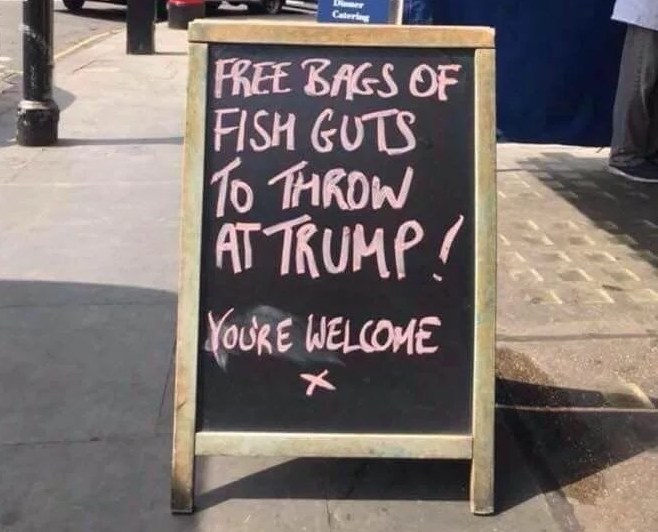 Apparently throwing milkshakes at politicians in the United Kingdom is no longer in style.

Now, a seafood shop in London is offering customers “free bags of fish guts” to pelt at U.S. President Donald Trump while he visits the country:

The sign can reportedly be found outside a store near Kings Road in London, England. A user on 4chan discovered the image on social media and also revealed the alleged identity of the seafood shop, which can be viewed here.

The situation appears to be (slightly) escalating, as throwing chocolate or vanilla milkshakes is no longer good enough when it comes to expressing dissent; fish guts are now the go-to “food” choice.

Published in Politics, Weird and World