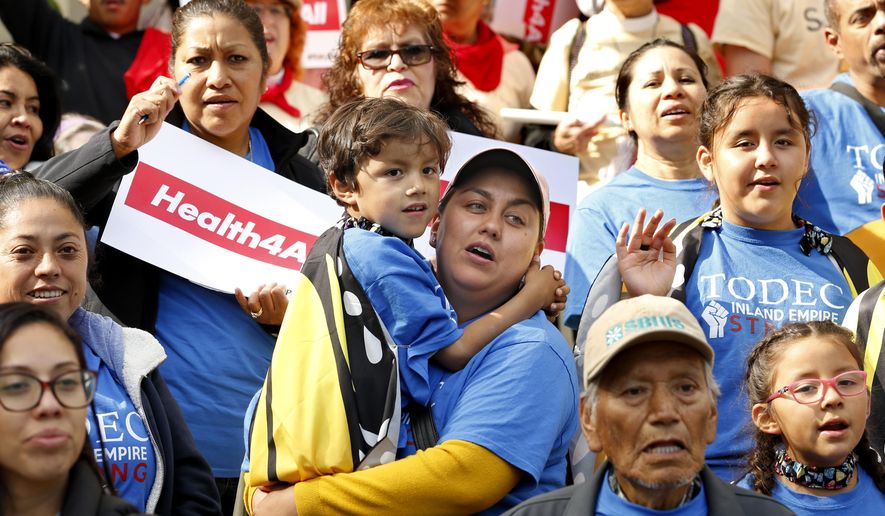 California will become the first state in the country to pay for some adults living in the country illegally to have full health benefits as the solidly liberal state continues to distance itself from President Trump’s administration.

Democrats in the state Legislature reached an agreement Sunday afternoon as part of a broader plan to spend $213 billion of state and federal tax money over the next year. The agreement means low-income adults between the ages of 19 and 25 living in California illegally would be eligible for California’s Medicaid program, the joint state and federal health insurance program for the poor and disabled.

Not everyone in that age group would get the health benefits, but only those whose incomes are low enough to qualify for the program. State officials estimate that will be about 90,000 people at a cost of $98 million per year.