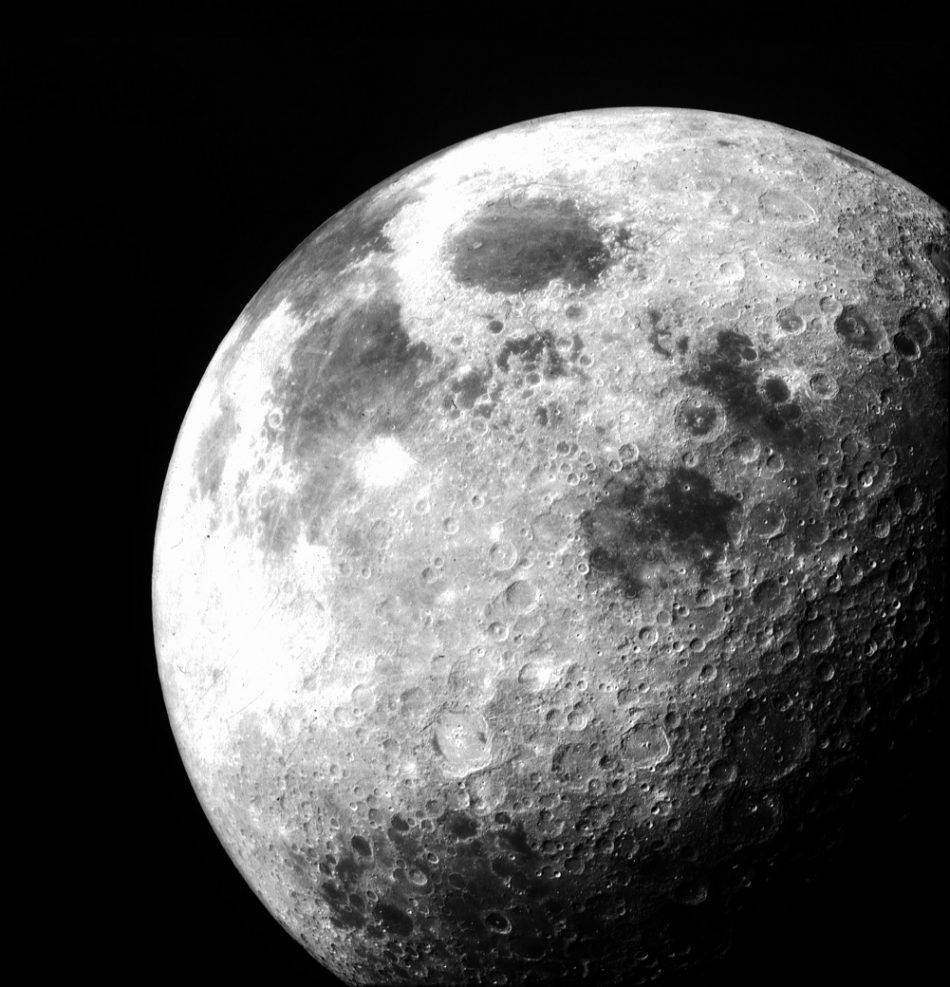 Scientists are scratching their heads at the recent discovery of a large mass of unknown material located on the Moon’s largest crater.

Some, however, have tried to explain the odd findings in a study titled ‘Deep Structure of the Lunar South Pole-Aitken Basin,’ which was published in the April 2019 edition of Geophysical Research Letters, a scientific journal.

Dr. Peter James, an assistant professor of planetary geophysics at Baylor University, believes the mass might contain metal from an ancient asteroid that crashed into the Moon. The result of the collision may have formed the large crater where it resides – the Lunar South Pole-Aitken basin.

“Imagine taking a pile of metal five times larger than the Big Island of Hawaii and burying it underground. That’s roughly how much unexpected mass we detected,” James said in an interview.

According to phys.org, the crater itself is oval-shaped and as wide as 2,000 kilometers — roughly the distance between Waco, Texas, and Washington, D.C. It is also several miles deep.

Despite its size, it cannot be seen from Earth because it is on the far side of the Moon.

The Pole-Aitken basin is also thought to be approximately 4 billion years old and is the largest crater on the Moon.

Fox News reports James and his colleagues looked at data from NASA’s Gravity Recovery and Interior Laboratory (GRAIL) mission and the changes in gravity they discovered surprised them.

“When we combined that with lunar topography data from the Lunar Reconnaissance Orbiter, we discovered the unexpectedly large amount of mass hundreds of miles underneath the South Pole-Aitken basin,” James said. “One of the explanations of this extra mass is that the metal from the asteroid that formed this crater is still embedded in the Moon’s mantle.”

The anomaly is reportedly “weighing down” the basin floor by nearly a mile. Computer simulations show the iron-nickel core of an impacting asteroid could have been injected into the upper mantle of the Moon after contact with the surface.

“We did the math and showed that a sufficiently dispersed core of the asteroid that made the impact could remain suspended in the Moon’s mantle until the present day, rather than sinking to the Moon’s core,” James explained.

The scientist also noted the Pole-Aitken basin is “one of the best natural laboratories for studying catastrophic impact events, an ancient process that shaped all of the rocky planets and moons we see today.”