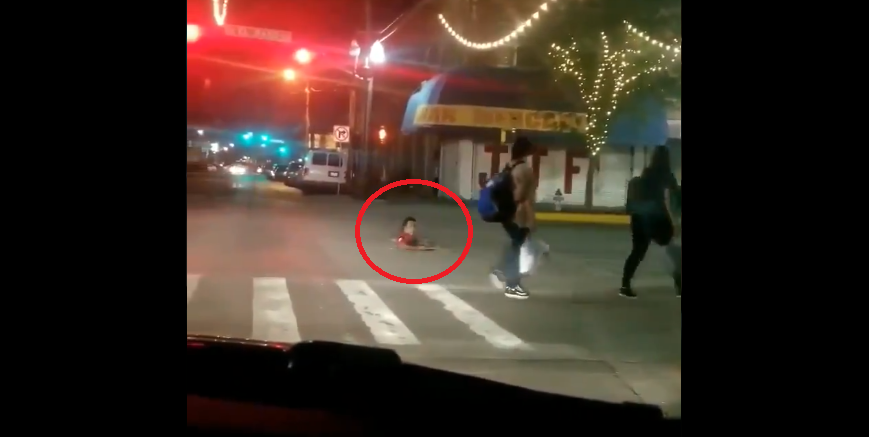 INVASION: Illegals Crawl Out Of Sewer In U.S. Border Town

Footage from El Paso, Texas, shows the moment several men crawl out of a manhole in the middle of a city street near the US-Mexico border.

An anonymous viewer sent us this video of people coming out of a manhole in the middle of the road in south El Paso Saturday night. #BuildTheWall pic.twitter.com/rxYXDJASO2

In a Twitter clip uploaded by apparel company Uncle Sam’s Misguided Children, several people suspected of being illegal aliens are witnessed crawling out of a sewage manhole at the intersection of 4th Ave. and S. El Paso St.

“An anonymous viewer sent us this video of people coming out of a manhole in the middle of the road in south El Paso Saturday night. #BuildTheWall,” the company wrote in a tweet.

The intersection, near a business called Dyana’s Fashions, is less than half a mile away from the US-Mexico border.

The same phenomenon was captured last month at another intersection in El Paso:

Illegal immigrants popping up through a manhole in a busy intersection in El Paso, Texas pic.twitter.com/V8neZUW3vp

The new footage comes as ICE and US Border Patrol struggle to deal with the daunting migrant influx, transporting illegal immigrants from overcrowded detention centers in El Paso and South Texas to other parts of the country.