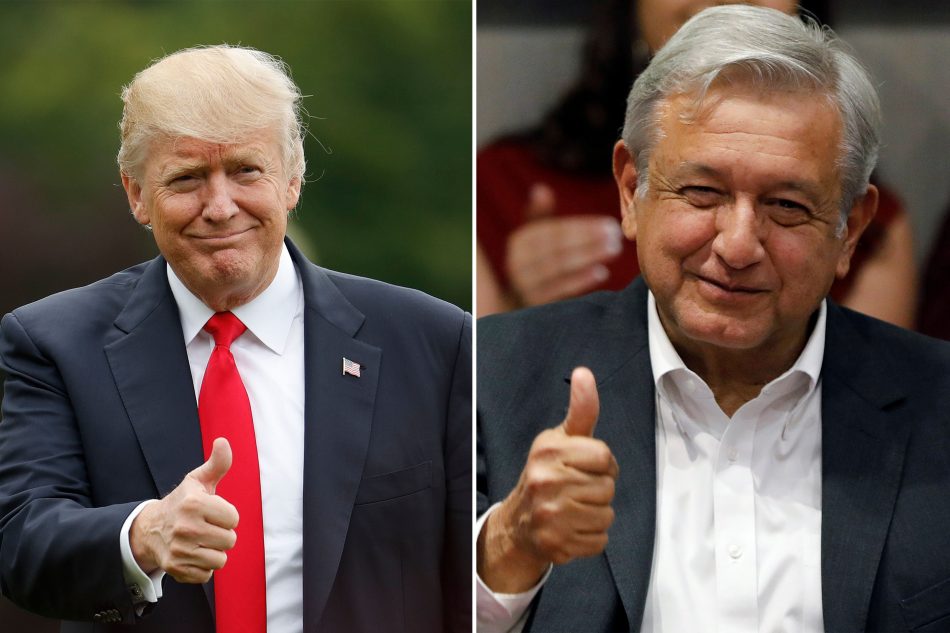 At a press conference earlier today, Mexican President Andrés Manuel López Obrador said he will pay for part of the US-Mexico immigration deal by selling the “luxurious presidential plane” he uses for travel.

“About how much this plan is going to cost, let me say, we have the budget,” López Obrador said while addressing the press. “It would come out of what we’re going to receive from the sale of the luxurious presidential plane.”

The Mexican president expects to get about $150 million for his plane and added the country would consider selling off other government aircraft to pay for the deal.

The Washington Examiner reports López Obrador’s announcement comes just one day after President Trump said he would let Mexico be the ones to release the details of the new immigration deal.

“You would freeze-action it, you would stop it, you would analyze it,” Trump said after he refused to release the deal. “I’m going to let Mexico do the announcement at the right time.”

Marcelo Ebrard, Mexico’s foreign minister, stated a total of 6,000 national guard troops are currently being deployed to the country’s southern border (which is shared with Guatemala).

“Starting from today, and in the coming days, the deployment is going to progress rapidly,” Ebrard said.

Last week, the Mexican government narrowly escaped a 5% tariff on goods imported to the U.S., although they only have a 45-day window to prove to Trump they are doing more to curb illegal immigration.

More details about the deal will reportedly be released on Friday.