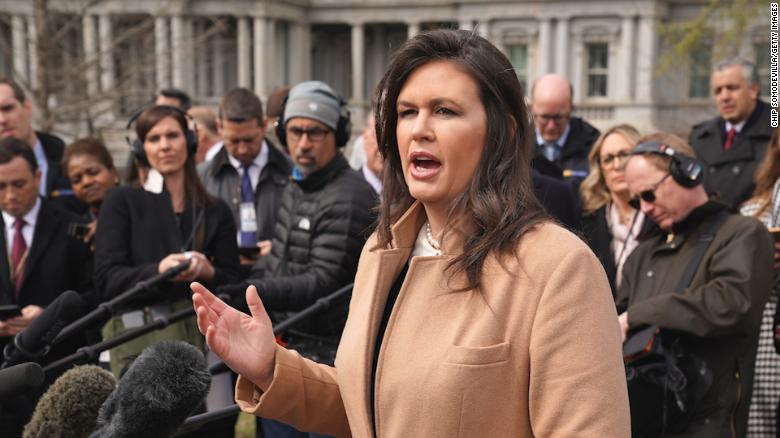 President Trump recently announced White House Press Secretary Sarah Sanders would be stepping down from her post by the end of June:

After 3 1/2 years, our wonderful Sarah Huckabee Sanders will be leaving the White House at the end of the month and going home to the Great State of Arkansas….

Shortly before the announcement, CNN reported Sanders had mentioned the possibility that she would run for governor of Arkansas in a few years:

In private conversations in recent weeks, Sanders has floated running for Arkansas governor, according to two people familiar with the talks. Arkansas Gov. Asa Hutchinson was re-elected just last year, so unless he steps down early — or is appointed to something — the governor’s office in Little Rock isn’t open until January 2023.

She has told colleagues and friends that she thinks running for office would be a good next move for her, instead of taking a television job upon her departure.

In another tweet, Trump called Sanders a “very special person” who had done an “incredible job” and said he hopes she decides to run for governor of Arkansas:

….She is a very special person with extraordinary talents, who has done an incredible job! I hope she decides to run for Governor of Arkansas – she would be fantastic. Sarah, thank you for a job well done!

During an emotional press conference with Trump on Thursday, Sanders avoided the rumor and instead praised the POTUS and said she would be spending more time with her family after leaving the job:

“I’ll try not to get emotional. Because I know that crying can make us look weak sometimes, right? This has been the honor of a lifetime, the opportunity of a lifetime.

“I couldn’t be prouder to have had the opportunity to serve my country and particularly to work for this president. He has accomplished so much in these two and a half years, and it’s truly been something that I will treasure forever. It’s one of the greatest jobs I could ever have.

“I have loved every minute, even the hard minutes. I’ve loved it. I love the president. I’ve love the team that I’ve had the opportunity to work for. The president is surrounded by some of the most incredible and most talented people you could ever imagine, and it’s truly the most special experience. The only one I can think of that might top it just a little bit is the fact that I’m a mom. I have three amazing kids. I’m going to spend a little more time with them.”

The press secretary said she would continue to be an outspoken supporter of the president.