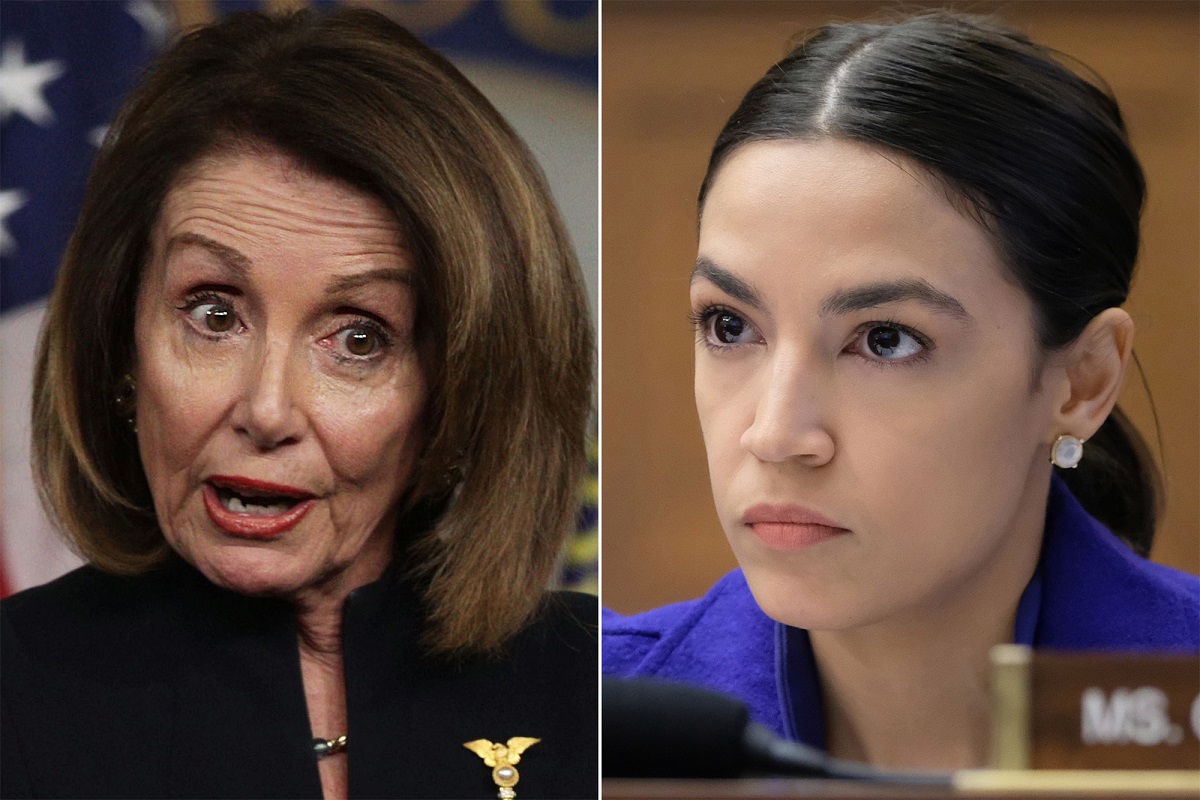 House Aide: Pelosi Thinks AOC Is A “F*cking Moron,” Says “Koko The Gorilla Could Have Done A Better Job”

An aide who allegedly works in the U.S. House of Representatives sent out a bombshell email tip to various news media organizations that revealed a “major rift” had developed within the Democratic Party and how Speaker Nancy Pelosi reportedly “exploded in a fit of rage” against Rep. Alexandria Ocasio-Cortez and other freshman Dems.

The email has so far gone unreported on other outlets. As usual, we happened to stumble across it on 4chan, a popular image board.

In a thread titled ‘Pelosi calls AOC a f*cking moron and says Koko the gorilla could have done better at her job,’ the original poster briefly expressed his or her disappointment that nobody picked up on the story:

“Media apparently didn’t want to report on this so here it is.”

The email itself was attached as a .jpg file called ‘dem riff – Copy.’ Certain portions of the message, such as the ‘To’ and ‘Cc’ sections, were redacted. Oddly enough, a couple of links located at the bottom of the email were also blacked out:

Full transcript of the alleged insider email for easier viewing:

This is a tipoff to inform you of a major riff[sic] that has developed within the Democratic Party. Both senior and junior D.C. politicians alike are at each other’s throats on a daily basis while behind closed doors.

I and other aides have overheard on multiple occasions House Speaker Nancy Pelosi call Representative Alexandria Ocasio-Cortez “a f*cking moron” and “dumber than a box of rocks” after she had seen some of her livestreams on social media (most recently, the Instagram video where she accused the U.S. of running concentration camps at the southern border while “babbling incoherently”).

Mrs. Pelosi also said the “next generation” of specifically female Democrats will be the “downfall of the Democratic Party” because of their “nonsensical, idiotic and unrealistic” socialist ideologies. She even went to the extent of calling Ms. Cortez’s ‘Green New Deal’ the “absolute dumbest and elementary f*cking plan ever developed by a Congressperson” and said “Koko the gorilla could have done a better job.”

Now, it is rumored Mrs. Pelosi’s outburst may have been triggered after she heard whisperings of Ms. Cortez claiming she and other “old, outdated Dems smelled like their adult diapers hadn’t been changed in a month.” I am not sure how true these claims are, but they did seem to affect Mrs. Pelosi deeply to the point where she exploded in a fit of rage.

I just thought you would find this development interesting considering the current political climate in our country and the closeness of the 2020 election.

Thank you for your time,

Naturally, some readers had their doubts about the email’s authenticity:

Others went a step further and pointed out an obvious gaffe contained in the email: