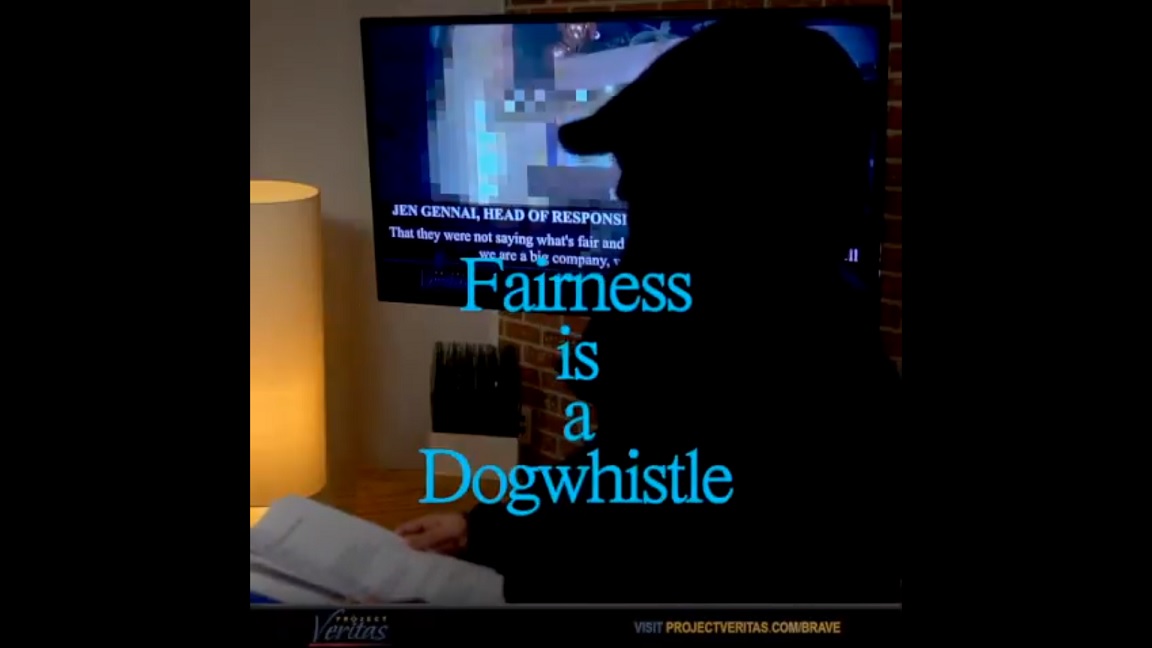 Earlier today, Jen Gennai, the Head of Responsible Innovation at Google, posted an article on website Medium titled ‘This is not how I expected Monday to go!’ The piece was meant to serve as a rebuttal to the viral video Project Veritas released which exposed alleged political bias and censorship at the tech giant.

In the following hours after it was published, Gennai’s story received nearly 100 responses from readers. Most were negative.

Not surprisingly, the comments were eventually removed altogether by either Medium or the author herself, although Dissenter, the self-described “comment section of the internet,” is currently sitting at around 40 (as of 8:30pm PT on 6/24/2019).

Here is a collection of some of the original replies from the Medium article itself, before they were hidden and/or deleted (click to enlarge): 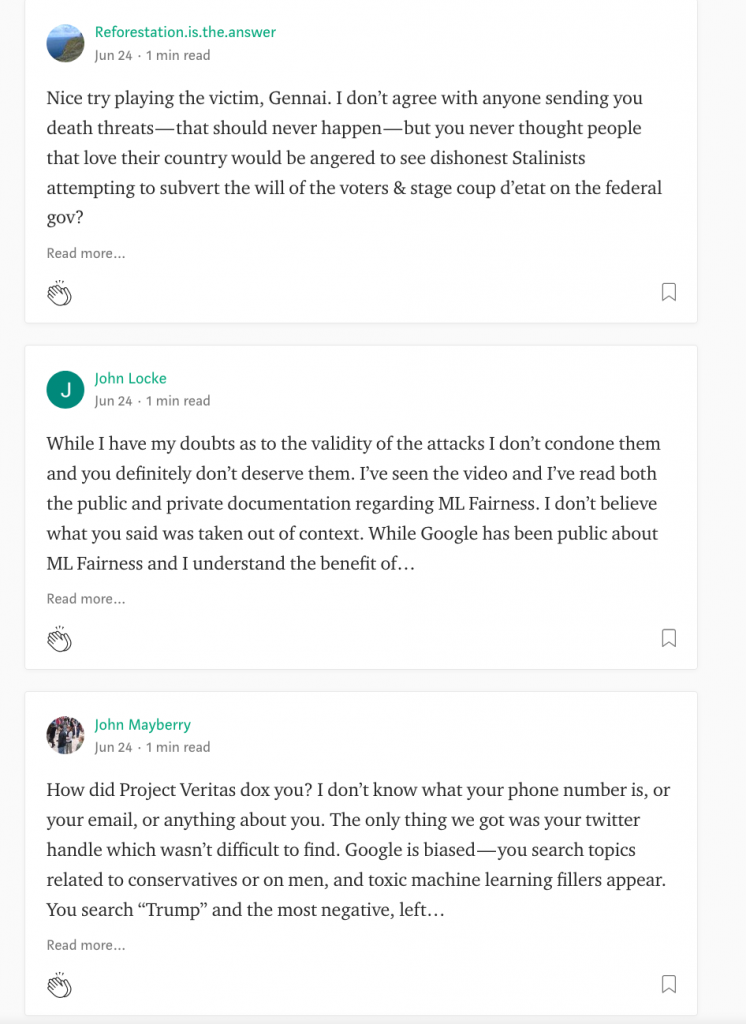 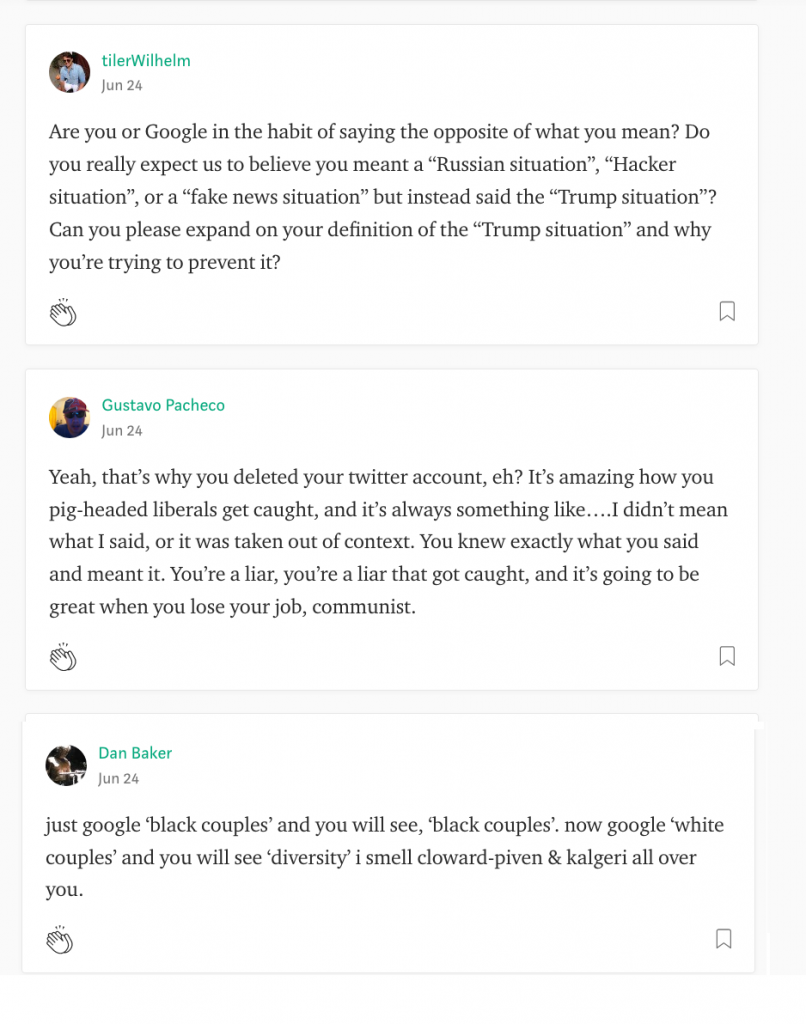 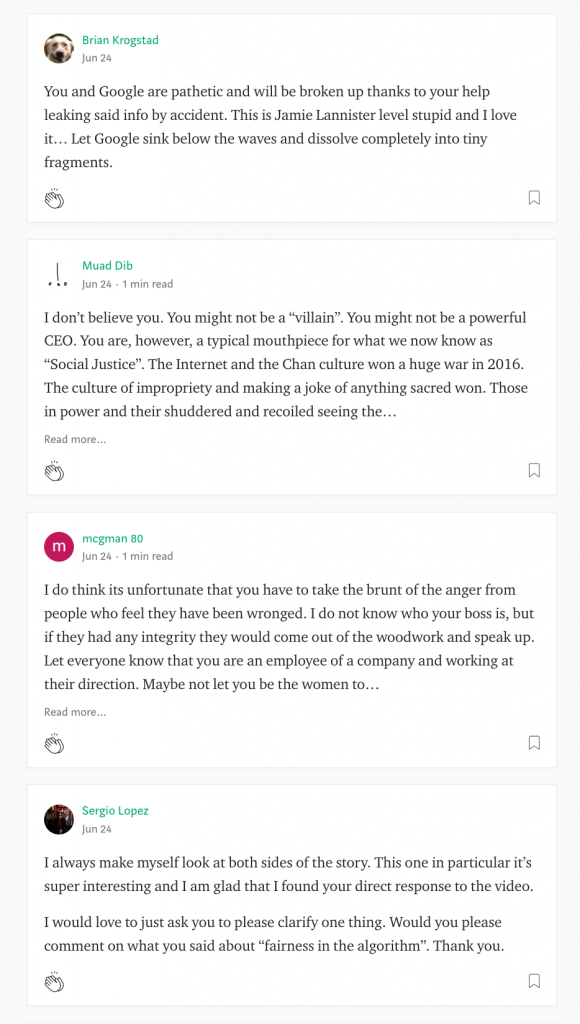 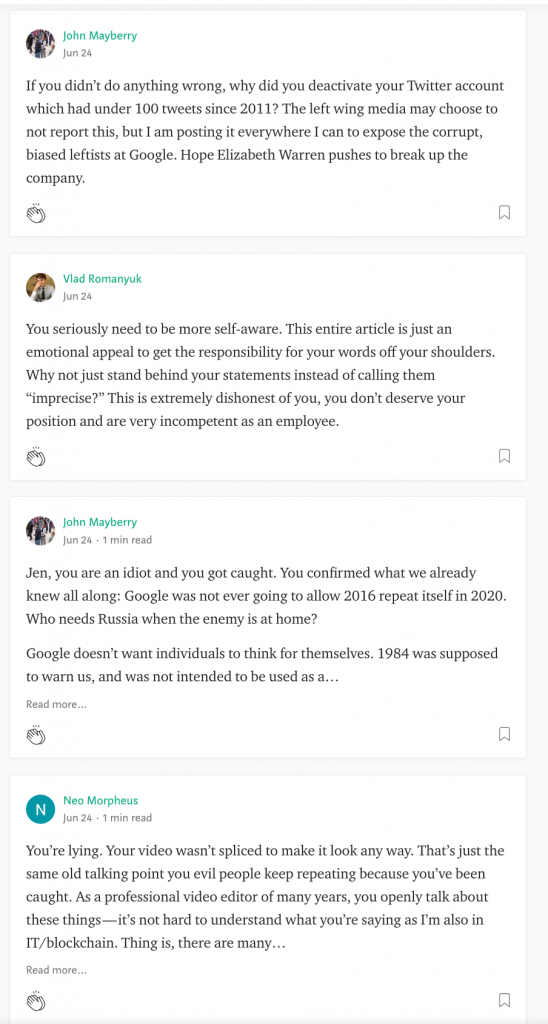 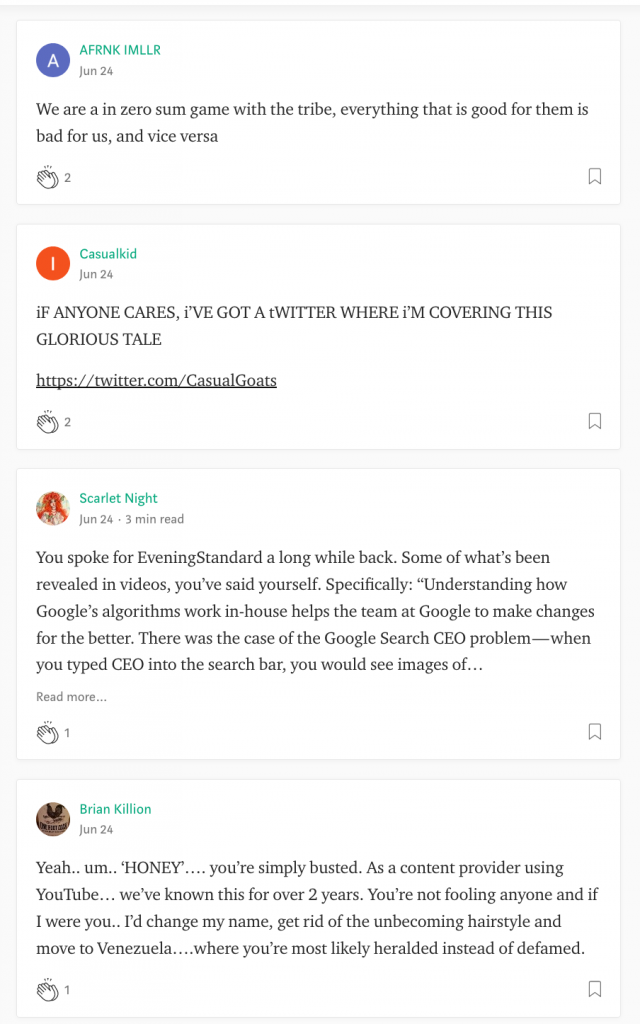 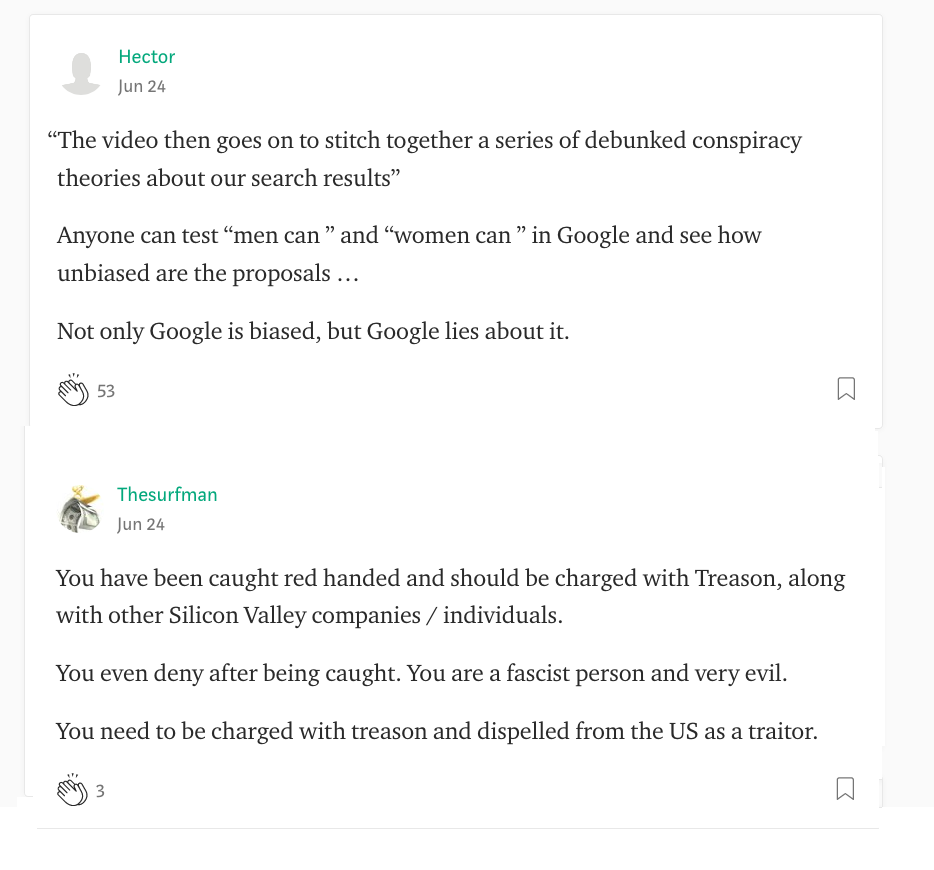 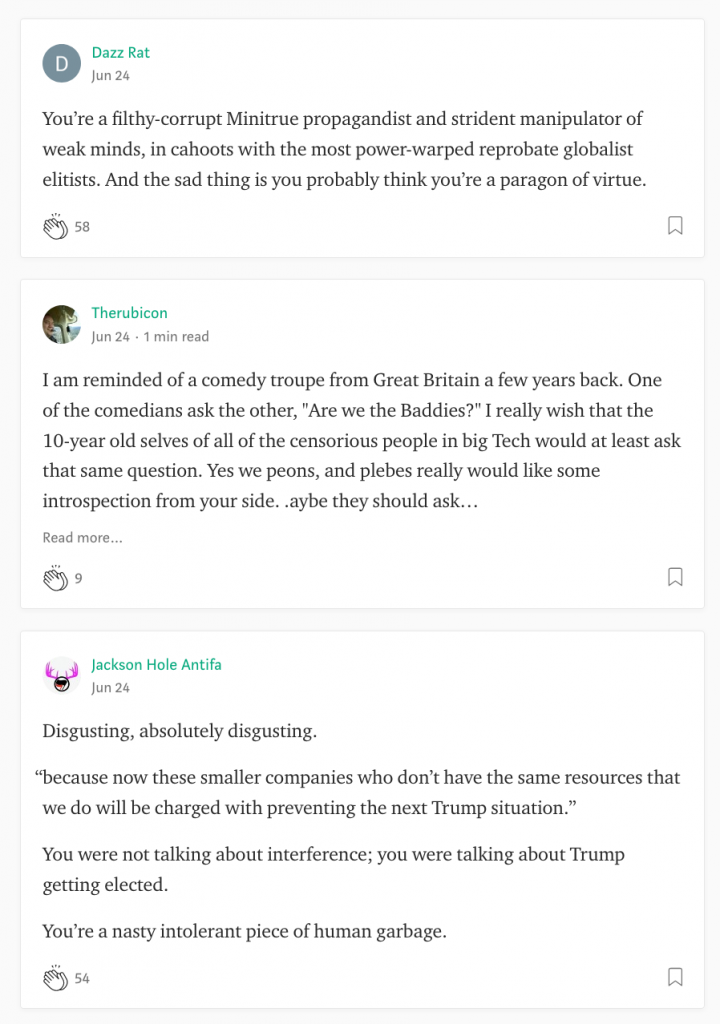 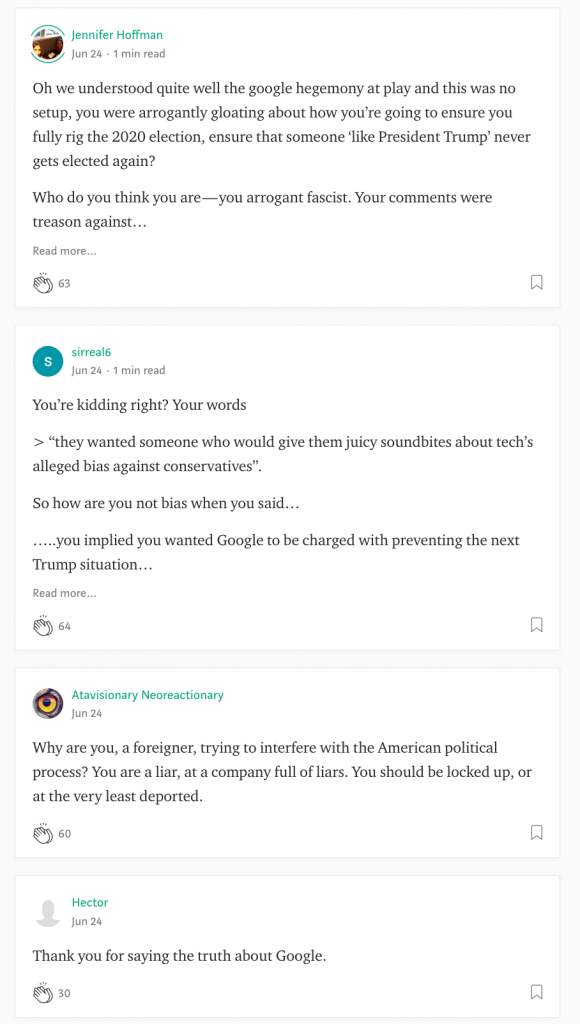 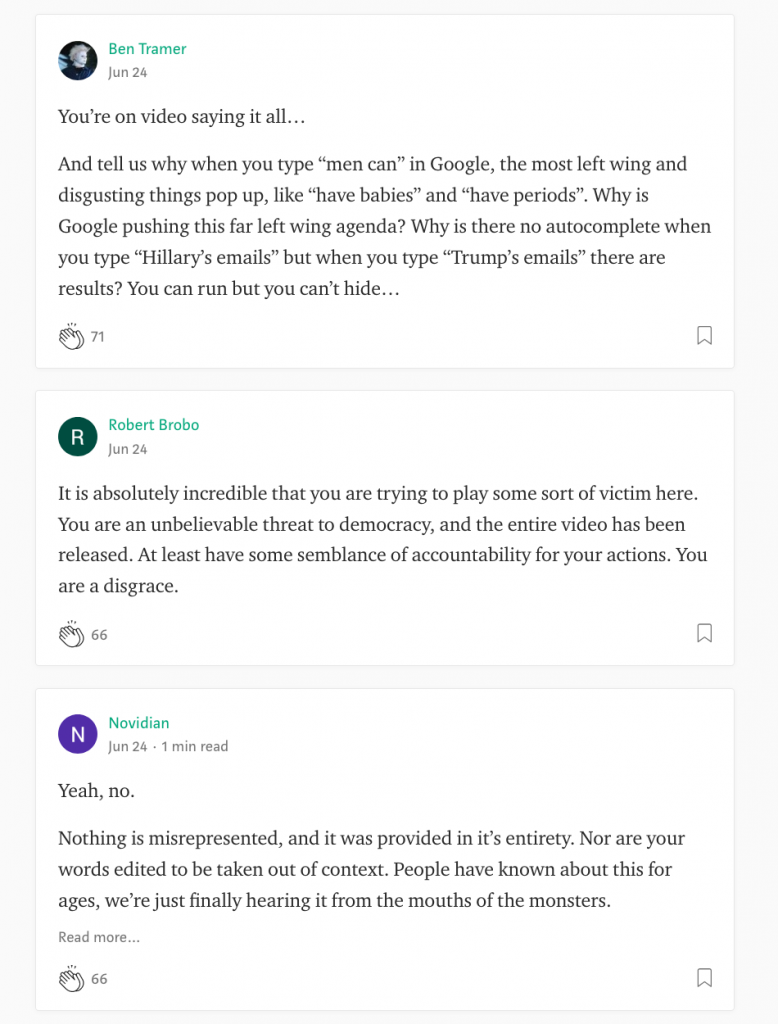 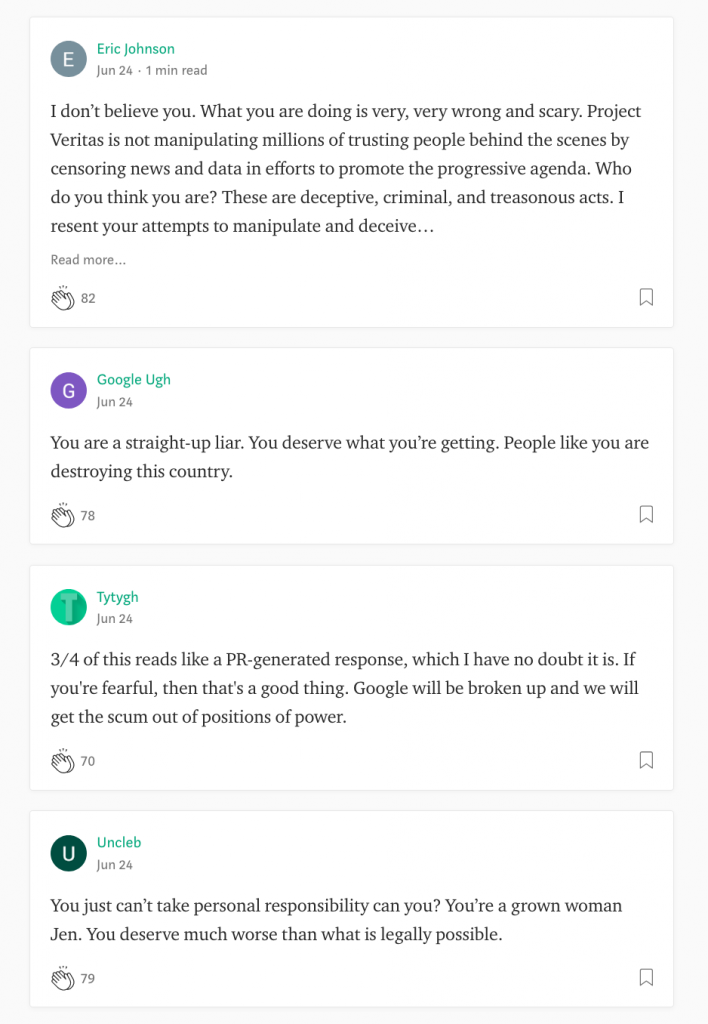 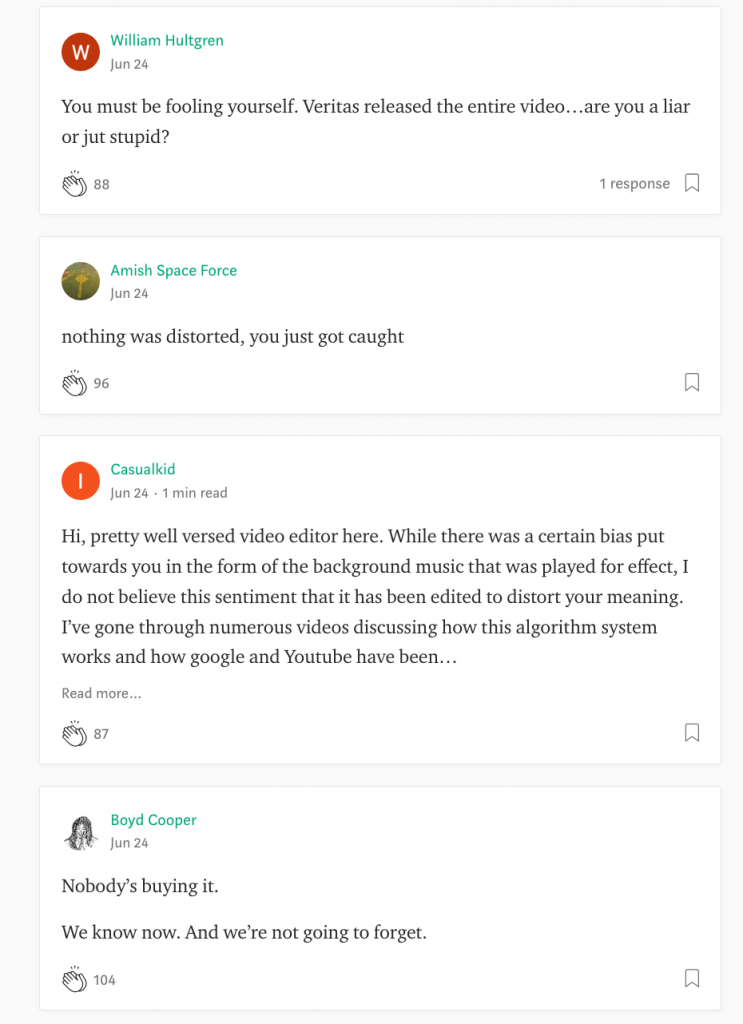 “You are a straight-up liar. You deserve what you’re getting. People like you are destroying this country.” 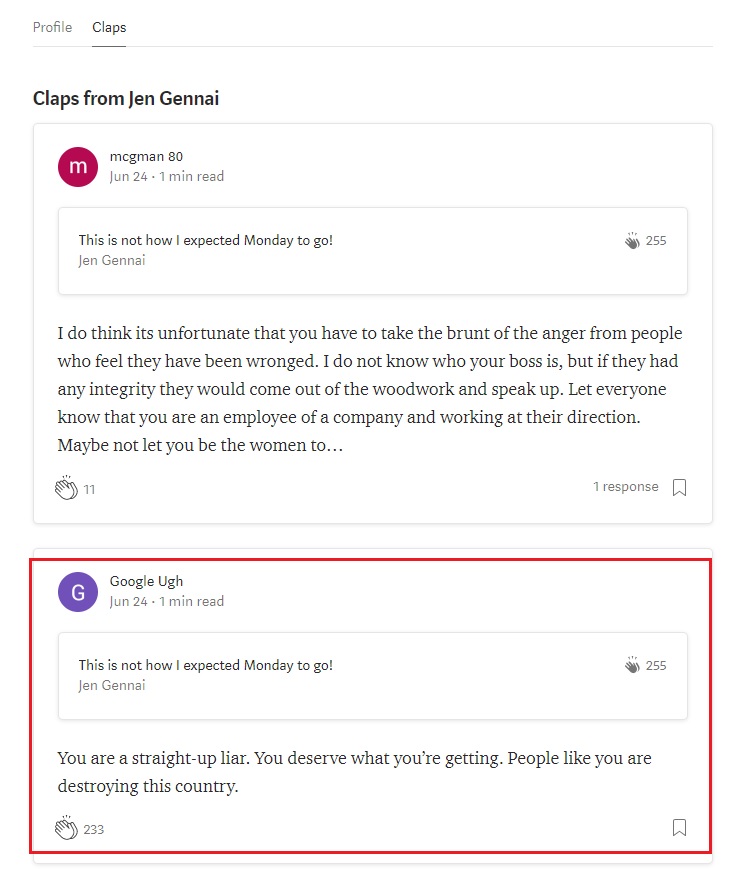 Published in Conspiracy, Technology and U.S.