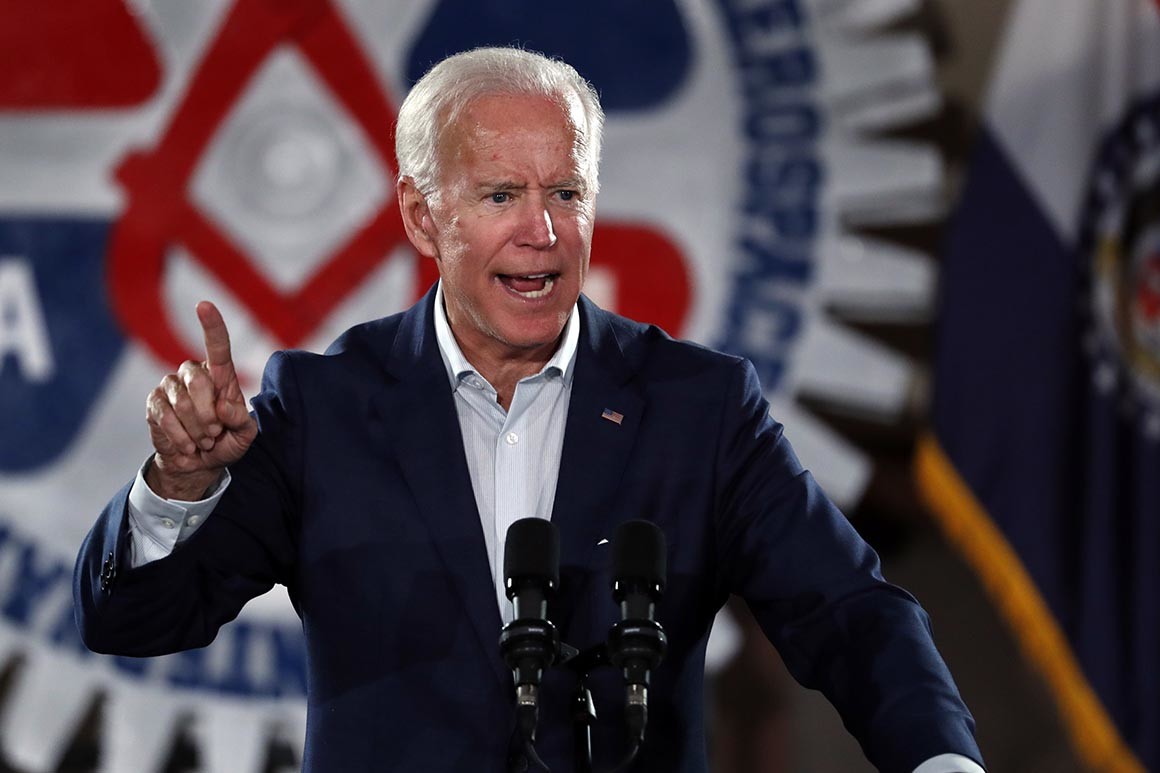 Huh? Joe Biden Said His First Priority As President Would Be To Make Sure He Defeats Donald Trump…

During Thursday’s Democratic debate, NBC News host Chuck Todd asked the candidates what their number one “signature issue” would be after winning the 2020 presidential election.

“I’m going to go down the line here and I’m asking you, please, for one or two words only, ” Todd said as he transitioned into the next question.

“President Obama in his first year wanted to address both health care and climate, and he could only get one signature issue accomplished. It was obviously health care. He didn’t get to do climate change.

“You may only get one shot in your first issue that you’re going to push. You get one shot that it may be the only thing that you get passed.

“What is that first issue for your presidency?”

Rep. Eric Swalwell (D-CA) was the first to answer and obviously focused on gun control. Todd continued down the line of candidates until he came to former Vice President Joe Biden, where he asked him to briefly talk about his first priority as POTUS (post-election).

“I think you so underestimated what Barack Obama did. He’s the first man to bring together the entire world – 196 nations – to commit to deal with climate change immediately. So, I don’t buy that.”

The 76-year-old Democrat then went on to explain what his number one priority would be as President of the United States:

“The first thing I would do is make sure that we defeat Donald Trump. Period!”

The brain-dead audience, of course, erupted in cheers.

But, if Biden was to actually secure the presidency in 2020, wouldn’t that mean he had already defeated Trump?

Watch the gaffe below: