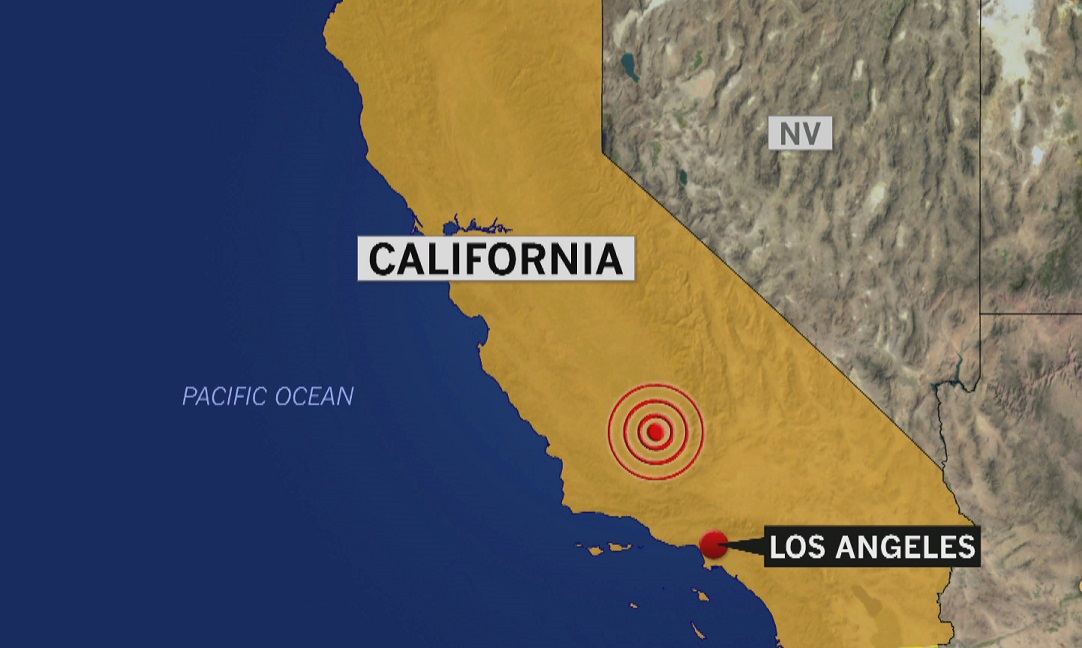 Shortly after a 6.4 magnitude earthquake struck near Ridgecrest, CA, the Kern County Fire Department took to Twitter and sent out an “emergency alert” predicting another earthquake would possibly strike within minutes:

Emergency Alert. Another possible earthquake has been predicted within the next 15 minutes in or near Kern County

The tweet was posted at 12:18pm PT, so that means the predicted quake would have occurred at 12:33pm.

Thankfully, the fire department was wrong.

Here is a United States Geological Survey (USGS) map showing some of the earthquakes that hit around that time:

Fox News also aired the strange prediction and reported a local hospital was being evacuated. We are not sure if the evacuation was due to damage caused by the original 6.4M quake or because of the prediction itself:

Caltech scientists later confirmed that nobody can successfully predict when an earthquake will occur, although they did state there is an 80% chance a magnitude 5 aftershock and 9% chance a jolt bigger than 6.4 might happen within the next week.