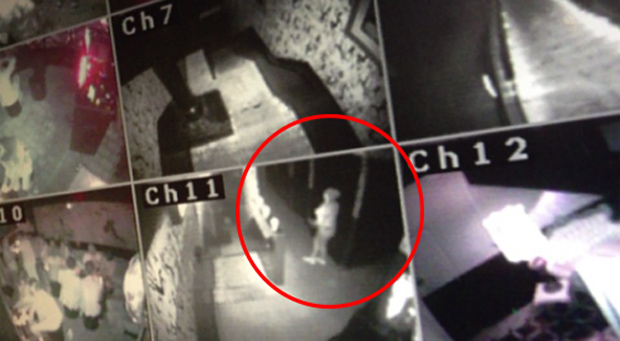 In 2018, 8chan users discovered an image that allegedly shows children “trapped” inside “underground rooms” at embattled billionaire Jeffrey Epstein’s Little St. James Island, which is located in the Caribbean.

On April 3, 2018, QAnon posted a message on alt media board 8chan, along with an image of Epstein’s Island and an allusion to “tunnels” and rooms underneath the island of “pure evil.”

At around the same time, an odd surveillance camera monitor screenshot surfaced on Instagram, but was promptly removed for unknown reasons.

In one portion of the image, a group of people (children?) can be seen huddled together in what appears to be a small room:

On Saturday, Epstein was arrested and charged with sex trafficking. He is due in a New York court early next week.

According to The Daily Beast, the convicted sex offender is being accused of abusing dozens of minors between 2002 and 2005:

Saturday’s arrest by the FBI-NYPD Crimes Against Children Task Force comes about 12 years after the 66-year-old financier essentially got a slap on the wrist for allegedly molesting dozens of underage girls in Florida.

For more than a decade, Epstein’s alleged abuse of minors has been the subject of lawsuits brought by victims, investigations by local and federal authorities, and exposés in the press. But despite the attention cast on his alleged sex crimes, the hedge-funder has managed to avoid any meaningful jail time, let alone federal charges.

Last Wednesday, the Miami Herald revealed that up to 2,000 pages of Epstein-related judicial documents will soon be unsealed:

A court has ordered the unsealing of up to 2,000 pages of judicial docs that are expected to show evidence relating to whether Jeffrey Epstein and his partner were recruiting underage girls and young women as part of a sex trafficking operation. https://t.co/W9AORFK7ko

Published in Conspiracy and Crime