On Wednesday, a photo of what appears to be a piece of artwork that is allegedly located in the home of Ghislaine Maxwell, Jeffrey Epstein’s longtime partner, was shared on both Twitter and 4chan:

Just gonna sit down for a minute. Take a break. Think about some stuff. pic.twitter.com/wEfXmNbyX6

The photo shows an unidentified man standing in front of a large wall with cracked red paint. Directly above him is a strange looking mask or sculpture of a face. Long, braided facial hair protrudes from its chin and a brown drape covered in familiar symbols accompanies it: 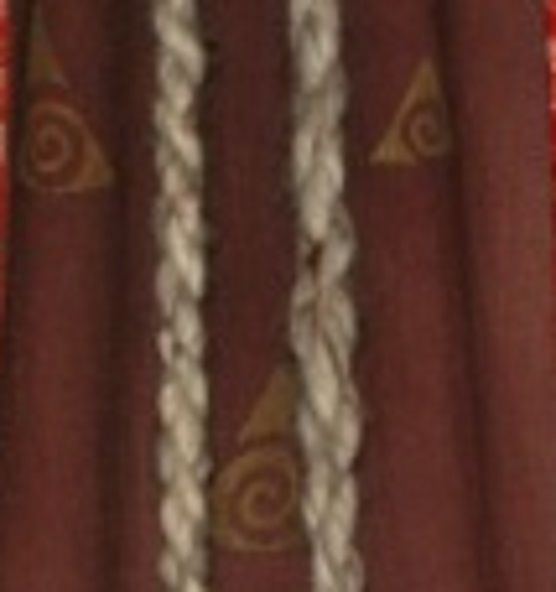 One observant image board user noticed the same symbol also appears on the bald portion of the mask’s head: 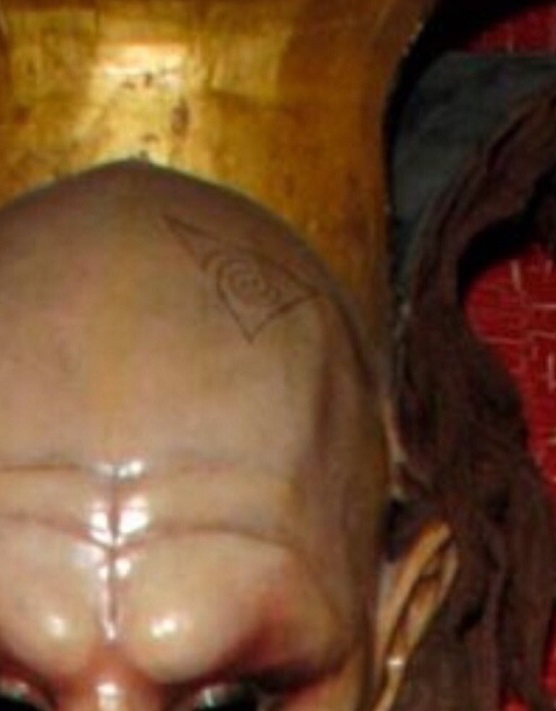 Here are some reactions from social media: