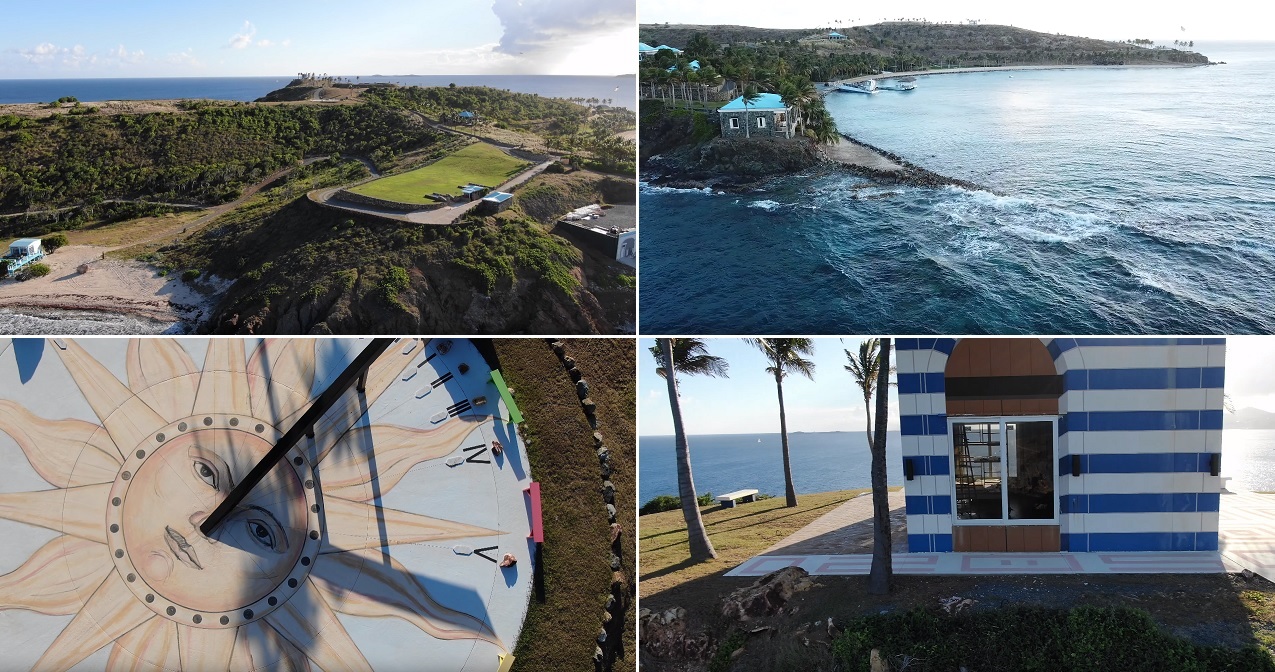 There are three other much shorter videos of the island on the channel. Link 1, 2, 3.

This is where Epstein – convicted of sex crimes a decade ago in Florida and now charged in New York with trafficking girls as young as 14 – repaired his escape from the toil of cultivating the rich and powerful.

Over the years, the 66-year-old crossed paths with former and future presidents, as well as a Who’s Who of wealthy business figures and celebrities. On St. Thomas, he has been a subject of lurid speculation for as long as anyone can remember. Tourists still take boats out to get a glimpse of the island, where, according to a former employee, Epstein hosted young women who flew into St. Thomas with him and were ferried over in groups aboard a 38-foot vessel called the “Lady Ghislaine,” apparently named for his friend Ghislaine Maxwell.

“It’s part of the tour and has been forever,” said Kristi Query, owner of Virgin Islands Yacht Charters in Compass Point Marina on St. Thomas, the gateway isle of the U.S. Virgin Islands.