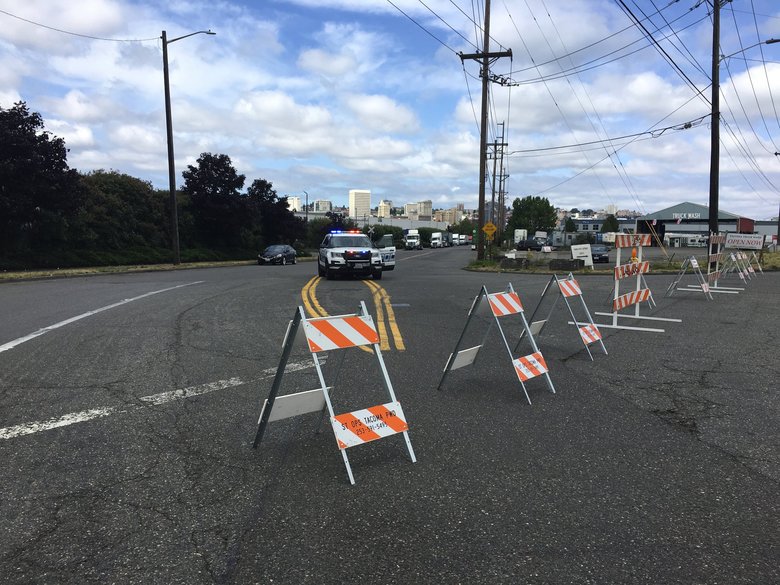 Early Saturday morning, a man carrying a rifle and throwing “incendiary devices” at the Tacoma Northwest Detention Center was killed by police after an employee in the building reported the incident.

Shortly before 4am, the man, who remains unidentified, was seen setting vehicles on fire and attempting to ignite a large propane tank, according to Tacoma PD and a Q13 Fox report.

After arriving on scene, officers say they found a suspect with a gun, wearing a satchel and carrying flares.

Police fired on the man in a parking lot across from the facility, striking him fatally.

It is unknown how many shots were fired or if the man also shot at police. No officers were injured.

Detectives were still processing the scene late Saturday morning, with several roads in the area of East J Street blocked off.

Tacoma PD confirms four officers were involved in the shooting. All were placed on paid administrative leave, per department policy.

No further details about the man killed, including his age, were immediately available.

GEO Group, the company that operates the facility on behalf of ICE, released a statement saying the attack was most likely inspired by “factually inaccurate” portrayals of abuse that occurs at the detention center.

“Violence of any kind against our employees and property will not be tolerated,” the statement continued.

An ICE spokesperson said no one, other than the suspect, was harmed during the event.

A “rally” reportedly took place hours prior to the attack.

Here is my video which captures Willem van Spronsen, the JBGC antifa militia member who was killed yesterday outside the Tacoma, Washington ICE facility. Police say he arrived with a rifle & began to firebomb the place & attempted to make a tank explode. pic.twitter.com/kPPlyiwVZl